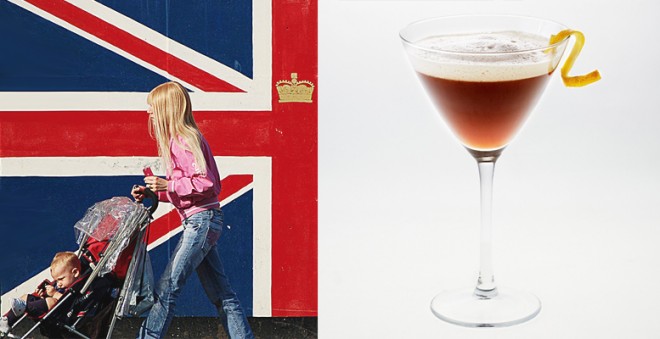 The news: Babies born with the genes of three different people could be a new medical reality if a controversial fertility bill is passed in U.K. parliament on Tuesday. According to BBC News, the technique in question would use “a modified version of in vitro fertilization to combine the DNA of the two parents with the healthy mitochondria of a donor woman” to combat genetic anomalies in birth mothers. (About one in every 6,500 babies is born with mitochondrial disease, which can be deadly.) Some MPs and senior church officials have condemned the three-person procedure as unethical, while those in favour have called it a “light at the end of a very dark tunnel” for affected families.

The drink: A hybrid cocktail fit for Anglophiles. Egg white, peach bitters and Earl Grey–infused gin are a pretty sweet combo. Get the recipe here.