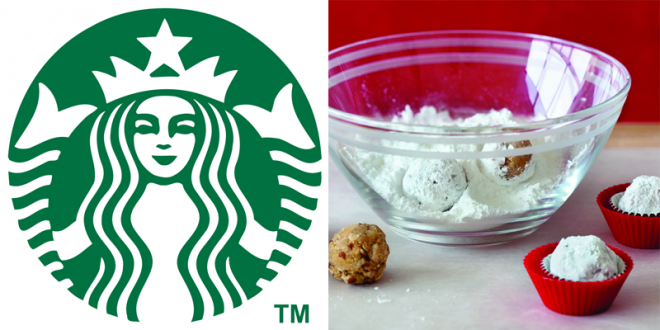 The news: Move over, flat whites—Starbucks’ new offerings have us drunk with happiness. Beer, wine and tapas-style snacks (such as olives, cheeses and nuts) are set to appear on the coffee giant’s Canadian menus before the end of 2015. Company president Rossann Williams said the move is a direct play to women, who make up at least 60 per cent of Starbucks’ customer base (and apparently don’t always want to hit the bars to have a relaxing, wine-fuelled evening with their pals). Mobile ordering, coffee delivery and fancy carbonated-drink stations are just a few more updates planned for your friendly neighbourhood purveyor of Cinnamon Dolce lattes. Just don’t forget your ID.

The dish: Liqueur-soaked bonbons with a shot of espresso. Rum balls are typically a holiday treat, but the news of booze hitting your favourite coffee joint merits a celebration, don’t you think? Get the recipe here.