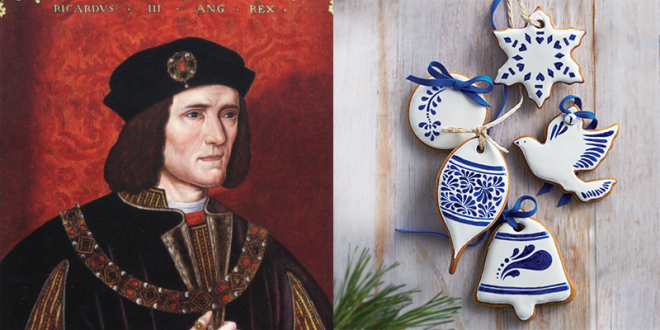 The news: In today’s edition of Better Late Than Never, English monarch Richard III was formally laid to rest at Leicester’s Anglican cathedral on Thursday, 530 years after his death. Rick’s battle-scarred remains were unearthed by archeologists in a Leicester parking lot in 2012, a half-millennium after he was was killed in the Battle of Bosworth by Henry Tudor (a relative of Queen Elizabeth II). Despite his reputation as one of the country’s most ruthless rulers, proud Brits packed the cathedral to witness Richard’s long-overdue internment, and came out in droves to watch his funeral procession earlier this week. Even Benedict Cumberbatch was there.

The dish: Royal icing, perfect for topping cookies and glossing over a less-than-stellar regal legacy. Get the recipe here.