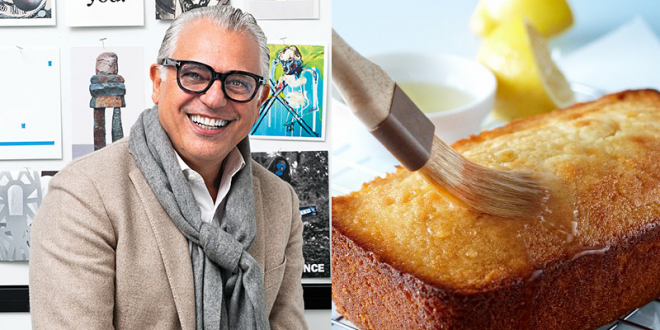 The news: Joe Mimran, founder of Canadian apparel brand Joe Fresh, is leaving his namesake company after a decade at the helm. Taking over Mimran’s position is Mario Grauso, the brand’s current president and point-person for Joe Fresh’s recent international expansion. In the next four years, Joe Fresh is slated to open 225 stores in 29 countries, so it seems like a pretty inconvenient time for Mimran to throw in the affordable, Hawaiian Punch–coloured towel. However, in a conversation with the Toronto Star on Monday, Mimran said that he plans to stay on as a “brand ambassador,” overseeing the line’s moves into Mexico, Africa and the Middle East. In that same interview, Mimran also revealed his keen interest in visual art, so who knows what creations the Canadian cardigan enthusiast will churn out next? (We suspect they will include a lot of orange.)

Update: CBC announced Wednesday morning that Mimran has signed on for the 10th season of Dragons’ Den.

The dish: A Classic Lemon Loaf in honour of Mimran’s love of basics and citrus-inspired hues. Also, his signature loafers. Get the recipe here.