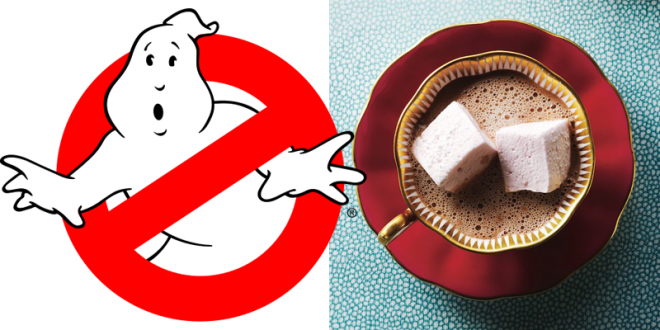 The news: When casting the new, all-female reboot of sci-fi comedy Ghostbusters, who did Bridesmaids director Paul Feig call? Melissa McCarthy! (And Kristen Wiig, and SNL players Kate MacKinnon and Leslie Jones, too.) The comediennes will star as lovably hapless ghost-catchers in Feig’s estrogen-infused upgrade of the ’80s classic—which, as you may remember, also starred a couple of 30 Rock regulars: Bill Murray and Dan Aykroyd. Negotiations are ongoing, but the crew is planning a summer shoot in New York City to be followed by a theatrical debut slated for July of 2016. One burning question remains: which lucky lady will play Slimer?

The dish: A DIY hot-chocolate topper the Stay Puft Marshmallow Man would be envious of. Our fluffy mallows are sweetened with a touch of vanilla, and much prefer idly floating atop hot drinks to wreaking havoc on major metropoli. Get the recipe here.