Women attacked in Cologne don't deserve to be political pawns

Hundreds of women were sexually assaulted in Cologne, Germany on New Year's Eve. Now they're being used in the growing debate over European refugees. 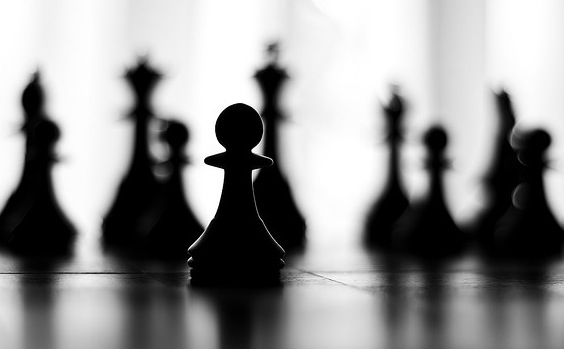 On New Year’s Eve, as they do every year, revellers took to the streets of Cologne, Germany, surrounding the central train station and filling the public square next to the city’s famous cathedral. This year, though, the celebrations took a horrible turn, as groups of young men, as many as 1,000 in total, targeted women for attack. They trapped them in the crush of the crowds, then grabbed at their bodies, tore at their clothes and stole their cell phones and wallets.

The assaults were terrifying. One woman trying to flee described being touched about 100 times. “I felt a hand on my bottom, then on my breasts, then I was groped everywhere,” she told a German newspaper. Another had her underwear ripped from her body. At least one woman has reported being raped. The police were both overwhelmed and ineffectual; an official report of the crowd control efforts by police that night stated that too few officers were on the scene, and the ones who were present “reached the limits of their abilities pretty quickly.” German authorities say that of the 561 criminal complaints filed to date, nearly half involve some kind of sexual offence.

According to victims’ statements and eyewitness reports, the suspects are “almost exclusively” migrants, from nations in the Middle East, North African and Eastern Europe. Similar attacks, though smaller in scale, were also reported in other German cities that same night. As a result, Germany’s open-door policy to refugees has been denounced by those who are hostile to outsiders or who feel the country cannot absorb more newcomers. (Last year, an estimated 1.1 million asylum seekers arrived in Germany; the country has not placed a limit on the number of people from Syria it will accept.)

At the extreme end of this response was a recent protest by the anti-immigration and anti-Muslim group PEGIDA, where marchers threw beer bottles and rocks at police. And in separate incidents, vigilante mobs have targeted Pakistanis, Syrians and Guineans in retaliation attacks and beatings. More moderate critics of Chancellor Angela Merkel have adopted a smug tone, suggesting her government was asking for it: What did they expect, inviting all these strangers into the country? (Germany has since changed its laws to make the deportation of criminals easier.)

Meanwhile, those on the other side of the issue appear to be downplaying the New Year’s Eve assaults for fear of furthering xenophobia. Cologne’s pro-refugee mayor — who was stabbed in October by a man opposed to Germany’s immigration policies — responded to the sexual assaults by suggesting that women adopt a code of conduct that includes keeping an arm’s length distance from unfamiliar men in public and not walking alone at night. (Her ideas have not gone over well.)

You might wonder where the women who were attacked figure into this. Not much at all, other than serving as a pawn for the anti-refugee movement and an inconvenience for the pro-immigration one. If only sexual violence could be eradicated simply by walking in groups, or rounding up those of a particular ethnicity. The women who were assaulted deserve thoughtful action and real justice, not vigilantism or victim blaming. And it needs to be remembered that many of those seeking asylum have been victims of sexual violence, too. The United Nations has reported that migrant women and children are particularly vulnerable to sexual assault while in transit and in refugee camps. If Germany closes its borders, what happens to them?

Back in September, powerful images and stories of Germans welcoming asylum seekers went viral: children giving candy and toys to Syrian kids arriving at bus and train stations with their exhausted parents, and hundreds of Berliners opening up their apartments to strangers when temporary shelters filled. These acts of decency and compassion were a counter to the horrors and crimes of Germany’s not-so-distant past, as well as an effort to forge a more pluralistic, peaceful and economically sound future. (Germany’s actions are not merely altruistic: For all the far right’s efforts to shut out migrants, the country has a declining birthrate and it needs an influx of immigrants to survive.)

That tolerant, progressive vision of Germany remains possible, of course. There’s a recent, powerful image that continues to offer hope. It’s of a female protestor at a march in solidarity with the women who were assaulted on New Year’s Eve. She carries a placard that reads, “Gegen Seximus, Gegen Rassimus”—“Against sexism, against racism.”

More columns by Rachel Giese:
Sorry, but women should not be sorry about saying sorry
What we need to learn from the life and death of Tina Fontaine
The Trudeau “nannygate” controversy is just plain childish