Why I went back to school as a single mother

Returning to the social housing building I grew up in with an infant pushed me to take a 10-year detour that changed my life. 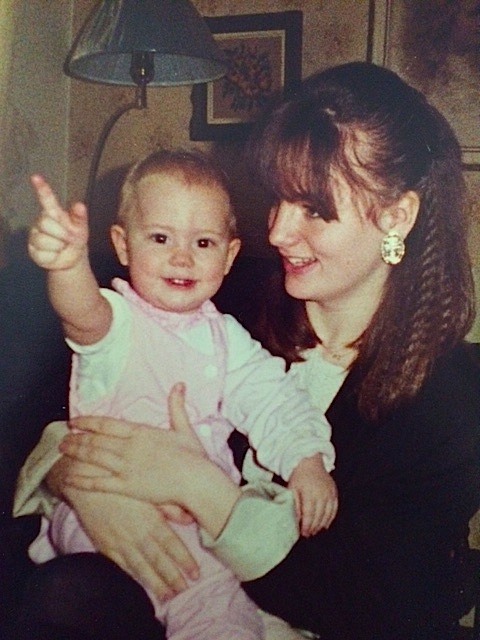 At 20 years old, I found myself a high school dropout and single mother of a baby girl, living in social housing. The apartment was in the same building I lived in with my family until I was nine years old.  It was one of several high rises located in St. Jamestown, a clichéd concrete jungle with little green to speak of that was in downtown Toronto, but not a part of it. Originally designed for swinging singles, it now housed those who needed their rent subsidized.  Many of us relied on social assistance, while others worked in low wage jobs or temporary positions.

I moved into the apartment in January, my daughter only months old. It was like putting on an old, comfortable sweater. Everything about it was familiar — the layout was the same, the yellow waxed parquet floors were the same, the ride in the elevator and the smell in the hallways brought on a constant sense of deja vu. It was, in many ways, like coming home.

Because it was winter, and my daughter was an infant, I spent more time indoors than out. I didn’t take a tour to get to know the neighbourhood. I didn’t have to — I knew it already. But when warmer weather came, I opened the windows and stepped out onto the balcony, bringing back memories of my mother calling down to me from the balcony of my childhood apartment, her voice bouncing off the buildings telling me that dinner was ready.

It was then that I heard a familiar voice below. I looked down and saw her — my best friend when I had last lived there. And there she was, still there, still recognizable and, it looked to me, calling out to her own child.

It was at that moment that I realized I was stuck in a cycle that I had to break. I did not want my child’s future to include subsidized housing, social assistance or a dead-end job. I wanted her to want more, reach for more, and know that more was possible for her.

That week I went to the University of Toronto and talked to someone at Woodsworth College, the college that offered a placements for mature students. I registered for a pre-university course and earned a high enough mark to be accepted full-time in the fall.

But balancing childcare and school as a single parent wasn’t always easy. Not everyone was understanding and accommodating — at least not at first. I remember taking a course in my second year that was offered later in the day, ending at 6 p.m. My daughter’s daycare closed at that time and parents were charged extra for being late. I approached my professor and advised that I would have to leave about 10 minutes before the end of class. I told him the reason. He told me to consider dropping the course as there were other students who would be happy to take my spot and attend for the full two hours. I was flabbergasted. I actually considered dropping the course.  But the next class, the professor took me aside and apologized. He said he had relayed the conversation to his wife and she had set him straight. She had been a single parent until they met.

I completed my four-year BA in six years and started law school as a single parent at the age of 27. I was not accepted to law schools in or around Toronto, so my daughter and I moved to Halifax where I attended Dalhousie, a great school and I would make the same choice again. But we were alone, far from home, family and the support network I had built for us. And there was no option to attend part time; law school was full-time only. The change in course load and pressure was significant. But my daughter was a trooper and we got through that first year — exams, scarlet fever and lice notwithstanding.

It has been 27 years since I made that decision and my daughter is now 28 years old and recently became a mother herself. I think my decision instilled in her the belief that she can do anything she sets her mind to, that there is always a way and you are never too old. She has made a decision to go back to school and pursue a degree herself, while juggling parenthood. And I am in a position to help her do that. And while it took me 10 years to complete my education, it was this decision that changed everything, not least of all the direction of both my and my daughter’s lives. It was a decision that, while at times my daughter would know it was a struggle, I hope it also showed her that there is no such thing as being stuck.

This article was originally published in 2016.

More:
31 burger recipes that are totally worth firing up the grill for
Subscribe to our newsletters
Abandoned at birth: Janet Keall cracks one last mystery — the identity of her birth father