Why I didn't say goodbye to my dying mother

I made a decision to cut myself off from my family 30 years ago — and it tore my heart out. 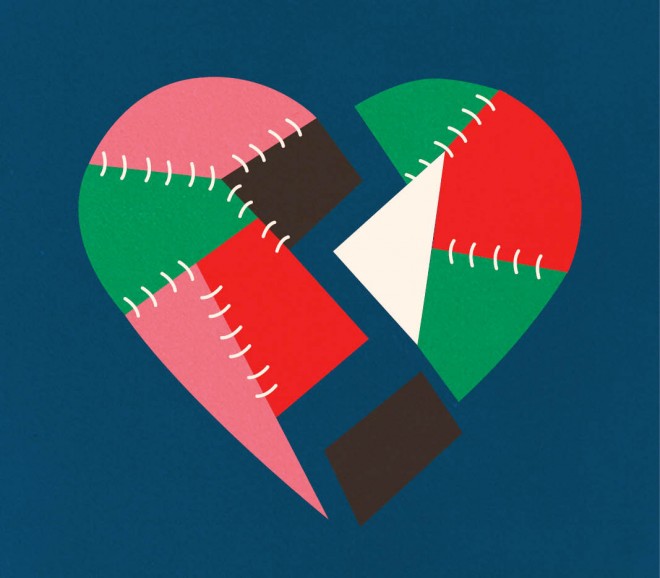 In May of 2015, I got a phone call from one of my brothers, telling me our mother was in palliative care, dying of cancer. He told me she said my name when waking up in her hospital room.

She died 24 hours later, a few months short of her 84th birthday.

I made a choice when I was 26 that had a profound impact on my life. I am an incest survivor and I decided that I would not stay in contact with my father, in order to end the cycle of abuse in our family. I knew at the time that I would also lose my mother and my entire extended family — which is exactly what happened.

My parents were both from large families, so I lost contact with dozens of aunts and uncles and dozens of cousins. I disclosed the incest to my brothers as it was imperative to me that I did whatever I could to protect my nephews and nieces from being abused by my father.

Related: Why I reported my dad to the police

My relationship with my mother was complicated — we were both living in our own private hell. I was trying my best to cope with my father’s sexual abuse and she was trying her best to cope with his violence. He would berate her, hit her, humiliate her and shame her and she did the best she could as a mother in very dire circumstances. Unfortunately, my father’s actions made my relationship with my mother sadly distant, and I always felt a quiet grief at not having her in my life.

My mother was a hard-working woman, taking jobs at farms and restaurants to provide a supplementary income for our family. She baked  from scratch and had a real talent for sewing, knitting and quilting. She loved to travel and in her later years, she loved watching the Toronto Blue Jays.

I last saw my mother in a bus station after I had written her a letter, wanting to meet with her so we could talk about our family secrets, with the hope that it would draw us closer together, to help us cultivate a relationship based on openness and honesty, rather than the shame brought upon us both by keeping secrets about the violence in our family. Unfortunately, that’s not what happened. My poor mother was so immersed in the idea that secrets should be kept that I knew when I dropped her off at the bus station for the trip back to her home, that we weren’t going to be able to travel a healing journey together. It tore my heart out to know that I would never see my mother again but I knew that I could not stay silent about abuse any longer.

Related: Why I told the truth about my sister’s suicide

When my brother called to tell me that she was in palliative care, I asked how long her doctors were predicting she would live, given the advanced state of her cancer. My brother said her death was not imminent and so I thought I had at least a couple of days to make a decision as to what I would do. She died less than 24 hours after I spoke to my brother.

After she was gone, my brothers and I got together and discovered that my mother left us a heart-breaking, but incredible legacy. She made each of her children and grandchildren beautiful hand-stitched quilts. She worked on them on her own and pinned our names to the quilt she wanted each of us to have. I broke into tears when I saw mine. I learned later that the pattern is called “Heart of Roses.” I knew when I saw it that my mother understood the difficult choice I had made and that she never stopped loving me, even though we had not spoken to each other in three decades.

Since then, my brothers and I have been active in helping to fundraise for abused women’s centres in our community. My mother was in an abusive marriage for 58 years of her life and she never had a voice because of the abuse. Helping women in need was the best way to give her experiences purpose — to give her a voice.

More:
I was happily married with kids. Here’s why I had an abortion
My body was covered in painful hives for months
Meet Madeleine Thien, Canada’s latest literary star