I thought I could fix my depression with yoga and Uggs. I was wrong

Self-care can be a vital way of coping with anxiety and depression. But sometimes we wind up using it against ourselves. 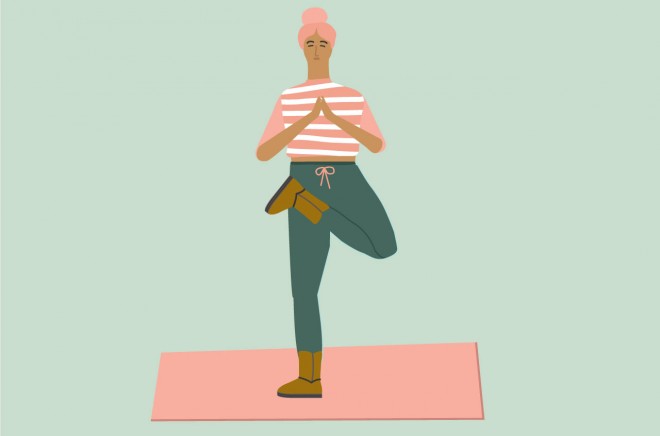 After the birth of my first son 11 years ago, I found a lump at the base of my neck about the size of a twoonie. I was terrified that my worst nightmare, dying while my baby was still young, might come true. I started waking up in a sweat regularly, my heart pounding as if a panic button was within reach. My doctor took blood and ran tests. I was referred to an endocrinologist. A surgeon took a biopsy with a long needle, and the plunger drew out liquid that I imagined to be the dark sludge of my soul.

There was no sign of cancer, but biopsies can be inconclusive. The blood work showed that I did have slight hyperthyroidism, meaning my thyroid, the small butterfly shaped organ that regulates the metabolism, was overproducing hormone. No one was certain why. The only way to rule out cancer would be to operate and remove part of the thyroid, which seemed extreme as my risk was low. I was told my symptoms could be attributed to many things — anxiety, post-partum thyroid issues, early onset menopause or exhaustion, to name just a few. As there was no definable problem, there was no clear solution. I was in medical limbo.

But I continued to feel unlike myself. I had the same nervous feeling I get before going onstage to read from my novel, but it came at odd times. Why did I feel stage fright while watching my son play at the park? Was this all in my head? I became convinced that the stress of motherhood was the issue. I assumed that my emotions were under my control. Anxiety was in my head and the first step was to be aware of the problem. I could fix this.

I’ve always been hard-working and determined. I applied the same kind of rigour to relaxing. I took on less work. I cut back on running, bought an expensive stretchy top, and signed up for yoga. I broke up with my great love, a glass of red wine. I quit coffee cold turkey and realized I’d overdone self-denial when I got a massive headache from caffeine withdrawal. I started a morning routine of half a cup of coffee diluted with hot water. I tried to meditate regularly and then tried not to be too hard on myself for making silent to-do lists every time I meditated. I focused on my breath and then I felt faint from over-breathing. I went to bed early. I woke up exhausted. I took naps. I bought Uggs.

My lifestyle changes, however, were having little effect. I spent the better part of eight years trying to manage my condition alone. In that time, I got worse. Along with anxiety, a crippling depression crept into the mix. Have you ever been so hungover that you want to crawl out of your own skin? I wanted to get away from my own brain. Each episode lasted for about three to five days, while the time between them shortened.

I went to an osteopath who helped me find points of physical tension. We discussed my thyroid tests. In his view, the thyroid was a simple organ like a brake or a gas pedal in a car. He suggested that, through no fault of my own, my pedal might be stuck to the floor and so my engine was constantly revving. I told him about how I was trying to counter it by working on my breathing. He took a long look at me and asked, “I’m sorry, but who do you think you are?”

Related: Caring for my father was the only way I knew how to say goodbye

In recent years, self-care has become an established and often vital way of dealing with anxiety. It’s a concept that is based around the idea that the medical system doesn’t change lives — those kinds of changes must come from an individual. While it has an important role to play, it’s also become short-hand for indulging at the spa, taking a nap, or buying Uggs. The history of the term has political roots, as found in the writing of Audre Lorde, a black civil rights activist. “Caring for myself is not self-indulgence,” she wrote in 1988, “it is self-preservation, and that is an act of political warfare.” In Lorde’s view the personal is always political. Self-care is about the role the individual plays in the perseverance of the group.

Who do I think I am? I took the osteopath’s question to heart. I am a woman who had the good luck to have been born into a peaceful country with socialized health care. I have been healthy for most of my life. I’ve had all the advantages that come with a good education. I am white.

I am also a feminist. I’ve been working to become more aware of what my white privilege means. In Canada, a large part of how my privilege perpetuates itself is through the belief that personal attributes pave the way for individual success, at the expense of an awareness of how systems are weighted to favour those individuals. Because of this, I’ve grown up thinking that if I work hard I can smooth over things, even when there is something structurally wrong underneath. Also, I am a woman. My culture is critical of my gender. I’ve internalized the idea that I could always be better in some way. I assume that when something goes wrong it is my problem to fix.

Related: I broke my back but hid the pain — how the notion of ‘hysteria’ lives on

Who am I? The pointed question helped wake me up. I am someone who used self-care as a way to be harder on myself. Rather than seeking help, I was fighting anxiety alone. I failed to see that the battle had turned inward. I was my own foe.

I went back to the endocrinologist and told him about my depression. I refused to believe that my anxiety was only in my head. He listened and took action. The results of a scan with nuclear iodine showed that the lump on the thyroid was large enough to create excess thyroid hormone. Cutting it out might reduce my thyroid levels. I elected to have a thyroidectomy. The half lobe of my thyroid with the lump was removed. It was not cancerous.

Now I have a scar at the base of my neck. It looks pretty tough. I’ve recovered from depression, though I know that it might come back. I feel much better. When I sleep for nine hours, I am rested. Things I can’t change don’t make me so nervous. I understand that I am not in complete control of my emotions — having a piece of tissue removed from my neck has drastically changed how I feel. I drink two cups of coffee in the morning. My heart doesn’t pound. I know that pills and operations have their place. Without excess thyroid hormone it is much easier to keep my fears about cancer in perspective. Life is simpler. I watch my kids play and feel joy. I can’t stop wearing my Uggs.

Claire Cameron is the author of The Line Painter and the Canadian bestseller The Bear. Her third novel, The Last Neanderthal, publishes on April 25. 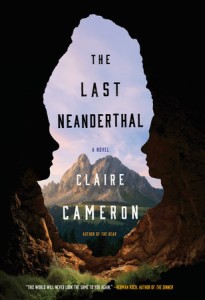 More:
Meet the body-positive instructor who has no time for Mean Girls yoga
Four women with day jobs dish on their side hustles
If standing up to restaurant bro culture makes you ‘a real bitch,’ food-world rock star Jen Agg says bring it on