The Montreal novelist asks "Shouldn’t a woman be free to choose whatever surname she wants?" 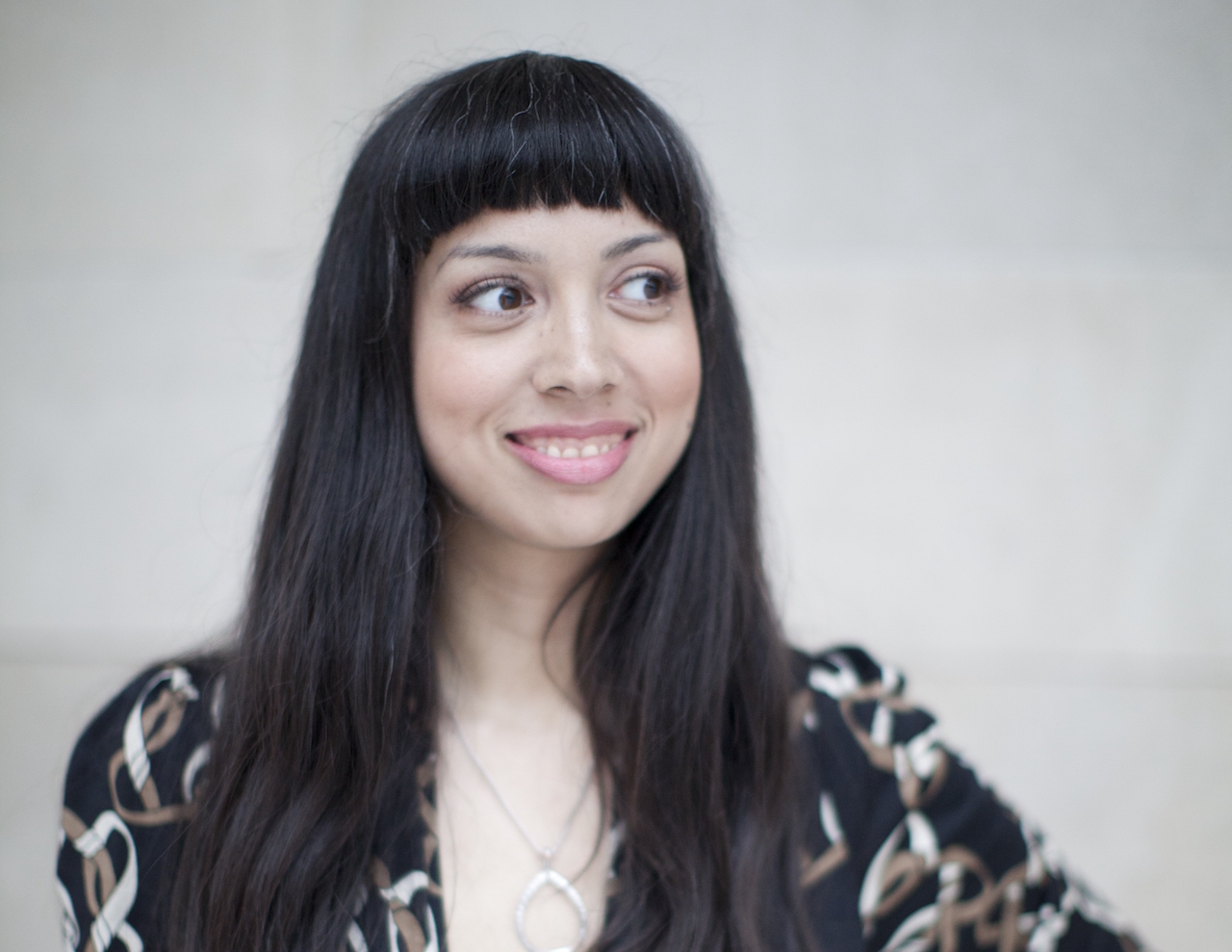 There is just one faded immunization record with the name I should have had: Saleema Ainsworth. I can’t bring myself to throw it out. Was it a mistake? Or was it a small indication of a change of heart on the part of my mother — that she wanted me to have her last name, after all?

Both my first and last names, Saleema Nawaz, come from my father: a man who abandoned me and my mother, then neglected to disclose my existence to his future family. To say I have always felt alienated from my name is an understatement. I grew up as the only brown person in a white family. A strict Catholic (by upbringing, anyway) with a Muslim name, who was raised singing in church choirs, doing highland dancing and eating bland English fare.

Naming has been a passion of mine since I was very small and started making up stories. When I was eight, I begged my mother to buy me a copy of Baby Names of the World — a reference book I still use for writing. For me, finding the perfect name is an essential entryway to a character. It wasn’t long before I started wondering how I could be truly myself without a name that reflected the way I felt inside. 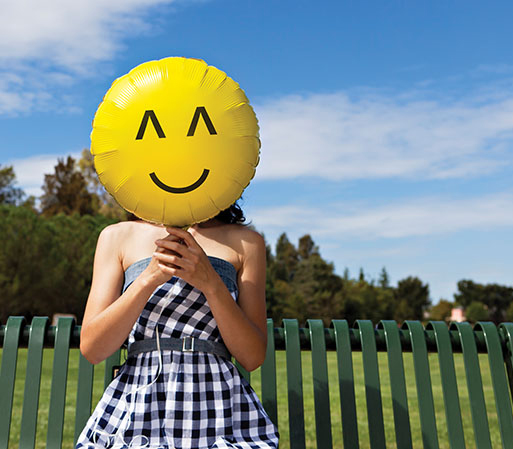 How I faked my way to a happy marriage

When I was 16, I picked up the forms to change my name to Saleema Ainsworth. I worked part-time at the law library at the Ottawa Courthouse and filed copies of the Ontario Gazette that printed listings of name changes across the province. It was going to cost $125 — over 18 hours of re-shelving law texts — and a small fortune in the economy of a teenager. For $125, I could buy two floral skirts, a pair of retro bellbottoms and a giant straw purse. Or it could fund the tattoo I wanted, the ancient Greek inscription at the Temple of Apollo at Delphi: γνῶθι σεαυτόν (know thyself).

But for that sum of money, I reasoned, I should change my first name, too. I mean, a bargain is a bargain! I came up with some viable options but, as with my planned tattoo, there was something that stopped me — a small inner warning against future regret. And then another, more arresting thought: if I fulfilled my dream of becoming a famous writer, how would anyone I used to know realize it was me?

I let the forms collect dust. I spent the money on hippie clothes and other ephemera of adolescence.

But the feeling never went away. As I started publishing fiction, the dissonance of my name became a larger problem. Without consultation, I was slotted onto literary panels about India and Pakistan, forced to confess my ignorance of South Asia amongst luminaries like M.G. Vassanji and Tariq Ali. Then there were the Goodreads reviewers who complained my first novel was “not Indian enough.” In a sense, my name itself is false advertising. We know we’re not supposed to judge a book by its cover, but everybody does.

“I was bewildered by the illogic of a system that would force me to continue to bear the name of a man I hate, rather than one I love, all in the name of equality.”

When I got married, I contemplated the unhappy prospect of having another family whose name was different than my own, being yet again the only brown person in the household, depending how our three-quarters-white children would turn out to look. When I was a kid, upon seeing me with my white mother, people always asked if I was adopted. Now people would probably ask if I was the babysitter.

I wanted to lose the surname I’d considered ditching for so long and take my husband’s last name, Webster. But I wondered: is taking your husband’s surname the modern equivalent of wearing his blood in a vial around your neck? I worried about the implication for my feminist bona fides. But more than anything, I wanted to have the same last name as our children. Given how I felt about my own surname, it certainly wouldn’t be the one we would choose to give them. They would be Websters, and I wanted to be one, too.

But in Quebec, where I’ve made my home since 2005, all such name changes are carefully controlled. An application for preliminary analysis has to be made to the Directeur de l’etat civil just to obtain an application form.

There are circumstances in which a name change is allowed: parental abandonment, other reasons of inconvenience. I checked every box, adding that it would be a hardship not to have the same name as the rest of my new family. But while my request for a change was deemed reasonable, taking your partner’s surname is expressly forbidden by the Civil Code of Quebec. The policy, adopted in 1981, was an egalitarian one, championed by feminists and designed to protect women from the societal pressure of taking their husbands’ names. 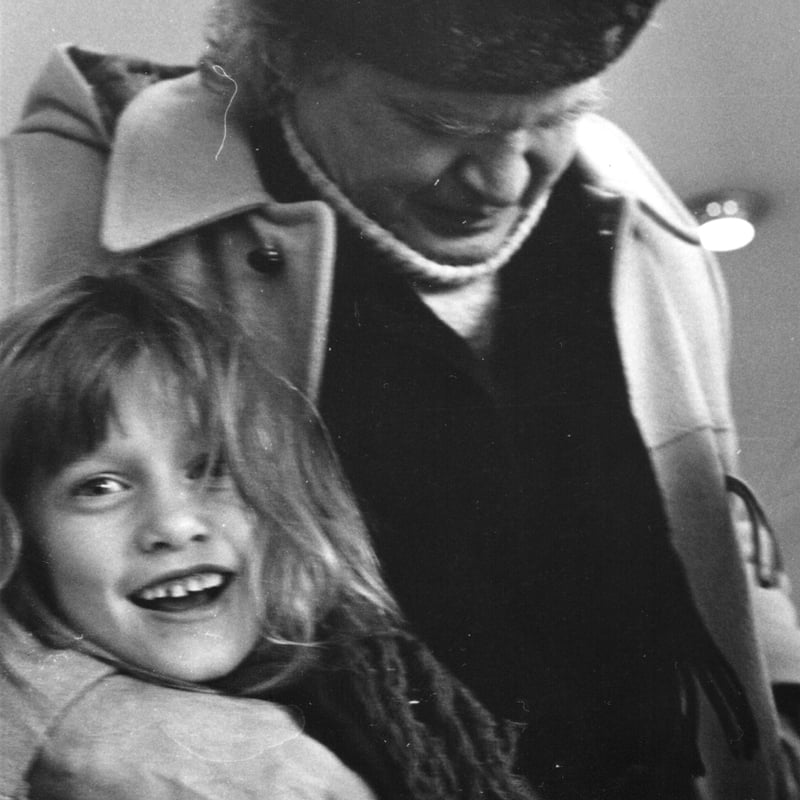 I was bewildered by the illogic of a system that would force me to continue to bear the name of a man I hate, rather than one I love, all in the name of equality. What was radical and progressive in the 1980s seems contradictory now. Shouldn’t a woman be free to choose whatever surname she wants?

Eventually, I had to provide a letter from a psychologist supporting my claim of emotional hardship, and in a process that took over a year and hundreds of dollars, I was granted a legal name change, from Saleema Nawaz to Saleema Webster.

But such a change remains a rare exception in Quebec. In fact, so few women in Quebec take their husbands’ lasts names that, in moments of medical bureaucracy, officials have been confused, affronted, even lecturing when they see my partner and I share a surname. In the hospital, after the birth of my daughter, a doctor visiting for a mandatory pre-discharge check-up looked at our names on the chart in confusion.

“Are you related?” she asked my husband.

“What?” I said. My husband and I could not look less alike.

“Are you…cousins?” There was horror in her voice.

We had a newborn baby in the room with us. We hadn’t slept in two days. I couldn’t tell if I was delirious or she was.

And so with my newly minted Saleema Webster passport in hand, I still didn’t feel quite right. Maybe it’s because the Quebec policy has effectively swung the social pressure around in the opposite direction — it’s hard to acclimatize to a new name when you are repeatedly challenged as to whether it really is or should be yours. Or maybe it’s because my birth name is still on the spine of my books. Who am I, if not the person who wrote them?

“To say I have always felt alienated from my name is an understatement. I grew up as the only brown person in a white family.”

People say character is destiny, but a name is destiny, too. I wonder how much my birth name has made me who I am — never quite feeling like I belonged, always a little bit ill at ease. But that probably would have happened anyway — uneasiness is just a function of having a brown skin in our society.

Maybe I should have changed it, back then or even now, to Ainsworth — the name that traces my connection to my mother and the rest of my extended family. A name that nobody could dispute. But some decisions unspool their consequences slowly. I’m not sure that I made the right choice, but I’m comfortable living with that uncertainty. Though I never did get my Greek “Know Thyself” tattoo, that ancient dictum feels just as vital and challenging to me as it ever did.

One thing I do know: words are rarely enough for the too-muchness of life. Reality always exceeds our ability to represent it. It’s possible the perfect name is something that only exists in a book.

Saleema Nawaz is the author of Mother Superior and Bone and Bread, which won the 2013 Quebec Writers’ Federation Paragraphe Hugh MacLennan Prize for Fiction and was selected for Canada Reads 2016. Her fiction has appeared in many Canadian literary journals and her short story “My Three Girls,” won the 2008 Writers’ Trust of Canada/McClelland & Stewart Journey Prize.

More:
26 awesome new books to binge read this summer
Your foolproof guide to a salon-worthy pedicure at home
Subscribe to our newsletters