Novelist Heather O'Neill on why her last days with her father — who was never an easy man — were some of their most precious together. 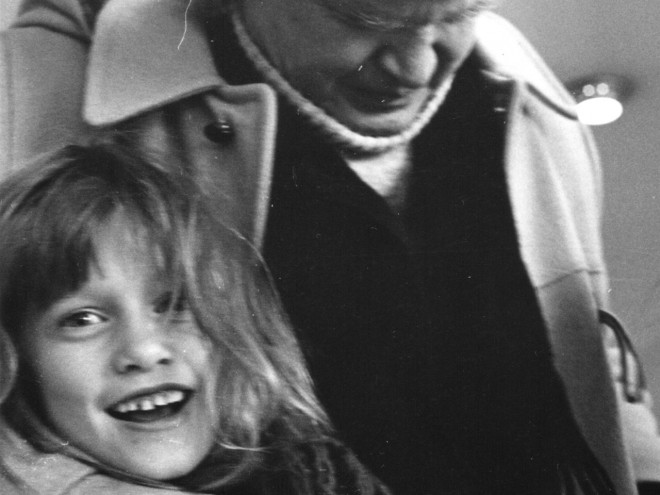 When my father was 87, his health began to deteriorate rapidly from the cumulative effects of old age. He became weak and had trouble doing chores. He stopped leaving his apartment altogether, as it was impossible for him to get anywhere alone. His psychological state accelerated his decline. He was depressed and was hoarding his pills. I found piles of them one day in a cabinet in the kitchen. My father didn’t want to go into a home. He didn’t want anyone but family around him.

Over the past decade, I was the only one of his four children who was regularly in contact with him. I saw him two or three times a week and spoke to him on the phone every day. I spent Christmas Day with him and helped him with his taxes and shopping. Two of my sisters lived in other cities and rarely visited. My younger sister lived five minutes away, but she didn’t get along with my father.

I understand their reasons for not being involved much in his life. Growing up, he was an extremely difficult man. He had a violent temper. He was always in a rage, breaking dishes, giving us irrational punishments, like making us wear ugly outfits to school. But I was always more forgiving towards my father, and I enjoyed his company.

I knew that relationship was anomalous. Even my friends who had wonderful parents found it difficult to go visit them on a regular basis. Calling once a week was a chore. They were all horrified at the idea of having to look after their parents when they became older. Actually, so was I.

Related: The baby girl I almost had

I had had my daughter young, and when she moved out, I was intent on having some wonderful me time. But now I was forced into the role of looking after someone else all over again. I had to accept that my evenings would be devoted to him. I took the subway an hour in either direction to his apartment every afternoon after a day of writing. I didn’t meet my friends anymore. I had to give up a writing residency.

I would go to the store and choose whatever was for dinner. The butcher offered to put a fake price tag on the ring of sausages because they were expensive, and my dad was cheap. I bought him strange confections from the bakeries that I would present as though I were Marco Polo returning from strange lands filled with exotic things. I would clean up the house and do the laundry.

The physical effort and time involved in caregiving is difficult, but it also takes an emotional toll. I felt guilty and worried all the time. I was terrified of him being lonely — that was the first thought I had in the morning. Caregiving isn’t a role that anyone thanks you for, either. It traditionally falls to women, so it’s undervalued. People have historically seen women’s time as being worth nothing at all.

But as I got used to it, taking care of my father began to seem more like a privilege than a burden. When time is limited, it’s precious. All our exchanges felt meaningful. I would listen to his stories that I had heard a million times before. But now I really heard them, as though for the first time, because it might be the last time. He told me one about walking in the winter with his mother, when they were both hungry and going to visit a relative they thought might help out. He told me about his brother’s funeral and how he had been run over by a truck that delivered beer. He told me about his mother reading tarot cards for the neighbourhood women on Coloniale Street during the war.

These strange melancholic stories could make up a compendium called “The Tragic Tales of Buddy O’Neill.” I imagined him as an illustration by Edward Gorey book: a boy in culottes with his blonde hair combed to the side, who is always sad.

Seniors have anthologies of wonderful, inappropriate stories. In our selfishness, we miss out of how delightful our elderly are. They have a tremendous amount of humour because they know what is beyond Oz’s magic curtain: They have seen that most of our grandiose ideas and plans aren’t quite as noble as they seem when we’re young. They know facts and morals that history books can’t tell us.

It wasn’t that I forgave or forgot any of my dad’s obnoxious behaviour from my childhood, but there were just so many wonderful memories in there, too.

In elementary school, my dad always made butter cookies for me to bring to the Christmas bake sale. He pressed them down with a fork and put a green or red candy on each. He then explained that he had purchased this recipe from a tiny village in Poland from an old lady who was 102 years old and was passing away.

He brought me to St. Louis Square on Sundays, a park with a sculpture garden. We ate hardboiled eggs and people watched. While he explained to me why modern art wasn’t any good. “I don’t know,” I would say. “I just like it!”

I forced him to take me to the puppet theatre. I would sit and watch Aladdin, ostriches with philosophical musings, dragons that couldn’t get over how gorgeous they were. He was quite often in the back of the crowd, flirting with one of the single mothers. Or talking to one of the homeless men about what they thought about the government — their latest paranoid theories about government. And when the show was over, we walked hand in hand back to wherever it is that we came from.

When my father finally did pass away, the absence was enormous, but I felt that caring for him was the only way that I knew how to say goodbye. It turned out to be one of the most beautiful times of my life.

Heather O’Neill is the award-winning author of Lullabies for Little Criminals and The Girl Who Was Saturday Night. Her new book, The Lonely Hearts Hotel, is on shelves now. She’s based in Montreal. 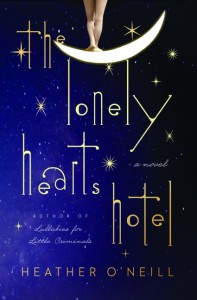 More:
No rose petals? No problem! The secret to great sex after 40
Everything you need to know about vitamin C
Self-care is vital to your health. Here’s how to practice it