10 reasons why Chinese New Year is the best new year

It's the beginning of Lunar New Year celebrations, which involve dancing lions, envelopes filled with money and no chores. Sweet. 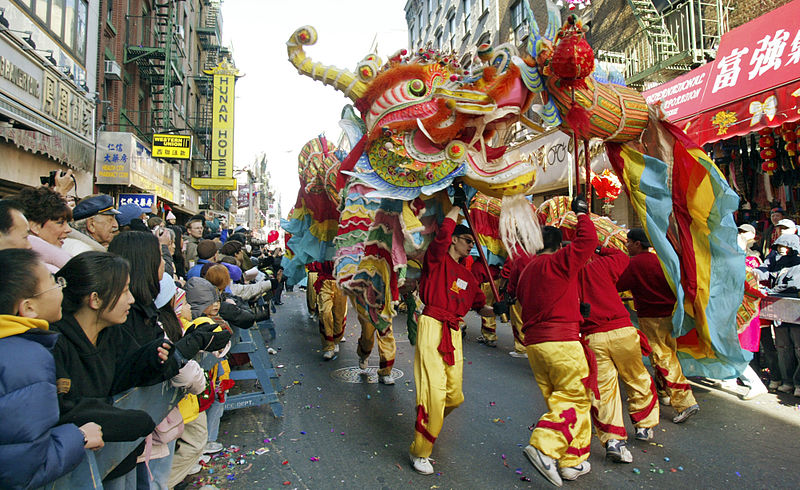 To celebrate Chinese New Year, we’ve compiled 10 reasons why it’s pretty much the best holiday ever:

The party begins on the eve of the New Moon and celebrations stretch out for days; it’s considered the biggest holiday in East Asian countries. Schools and businesses essentially shut down for a seven-day vacation period called the Golden Week and with nearly 700 million people commuting home to see their families, it’s the largest annual human migration on the planet.

2. There’s no beating around the bush when it comes to gifts

If you’re not married, you will get a red envelope (hong bao in Mandarin or li shi in Cantonese) filled with money from elder relatives, usually in crisp new bills. It’s also customary for elderly people to carry extra red envelopes with smaller bills on hand to dole out when children wish them happy New Year (gong xi fa cai in Mandarin or gong hey fat choy in Cantonese).

Informal parades take over main streets and dance troupes dressed as lions visit houses, restaurants and shops. The lion dancers battle it out for a head of lettuce carried on a 10-foot pole. The parade ends with an appearance by a dragon made of multiple dancers; the ensuing cheering, drumming and gong-and-cymbal-smashing is enough to put a Medieval Times dinner tournament to shame.

There’s a strong belief that what happens today sets a precedent for the rest of the year, so families play nice. For children, this is a golden opportunity to wreak havoc without being scolded.

You’ll find firecrackers hanging outside the entrances of homes and stores to ward off evil spirits. There’s nothing like the sound and smoke of firecrackers to set off a New Year. Would you expect any less from the country that invented gunpowder?

6. There are no chores

You’re not supposed to clean your house in the first days of the New Year because you could be clearing away good fortune.

7. You don’t need to shampoo

Washing your hair means washing away good fortune. No haircuts, either.

8. A shopping spree is wise

Prior to the New Year, you need to buy new clothes for the festival, which symbolize welcoming new opportunities and preparing for a fresh start. And be sure to wear red, it’s the colour of power and good fortune.

From platters of noodles and dumplings to sticky rice and spring rolls, food is found in every corner of the home. Trees carrying mandarins, candy and cookie “trays of togetherness” and nian gao, “year cakes” are staples.

East Asian cultures that follow the lunar calendar take the Chinese zodiac quite seriously. (We’re now in the Year of the Goat.) Depending on which of the 12 animals you are, families and friends are also quick to poke fun and find matching characteristics between you and your zodiac animal.