Five hot new titles to watch out for this month 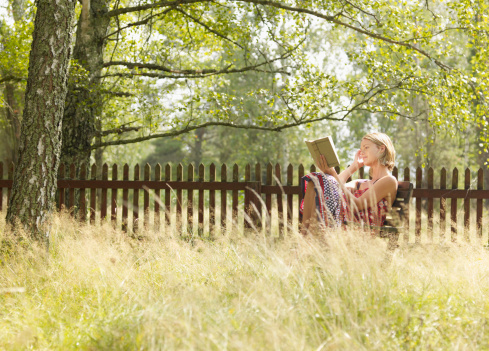 Julia and her parents are shocked one day by news of an inexplicable disaster in this coming-of-age tale.

“We didn’t notice right away,” says Julia. “We couldn’t feel it.” But that night as she and her parents wait for the sun to set, nothing happens. Street lights come on, yet the sun still shines. The Earth’s rotation has slowed and continues to slow, minute by minute, hour by hour. No one knows why. Nothing can be done.

In the midst of the catastrophe, some try to run, packing up their families and treasured belongings — but how can you escape Earth itself? Others try to adapt to the ever-increasing day length; still others cling to the 24-hour clock, setting alarms to stay on track.

Julia and her parents cope as best they can. Her mother stockpiles food; her father, a doctor, insists on continuing to work; the two drift further and further apart. In many ways, Julia’s concerns remain those of any preteen: friendships, boys, her parents’ arguments and the everyday miracles of middle school, a “time when kids shot up three inches over the summer, when breasts bloomed from nothing, when voices dipped and dove.” It cannot be denied, though: Time is wonkily marching on, and Julia is all too wise to the consequences — and the dangers to come.

Karen Thompson Walker’s tight focus on Julia and her family astutely amplifies the tragedy facing all of Earth’s inhabitants. She wisely lets readers fill in the blanks as to how the characters are feeling, and the effect is, ironically, one of heightened emotion — although it seems odd there isn’t more sheer terror depicted, given what’s happening. This debut novel is an immensely moving, unpredictable read that leaves you with the realization that no matter how much things change, they always stay the same. – Laurie Grassi

Simon Mawer eloquently blends romance and suspense in this thrilling tale. It’s the Second World War and British forces are performing espionage missions in occupied Europe. Marian Sutro, the teenage daughter of a diplomat, is hand-picked by the Allies to be trained as a spy. Her mission: to pass on a vital message. The target: a nuclear physicist who was her childhood crush. For those who love Old World charm and breathtaking intrigue, this is sure to become an instant favourite. – Lindsay Grummett

The wife of a wealthy Russian landowner, Antonina finds her world destroyed when bitter former servants kidnap her beloved son and seriously injure her husband. Grief-stricken, Antonina finds herself increasingly relying on her family’s mysterious Siberian estate steward — but will he also betray her? An evocative read with compelling characters. – Dominique Lamberton

Maxon Mann, a brilliant if socially inept astronaut, is off in space to colonize the moon with self-replicating robots, leaving Sunny, his beautiful pregnant wife, and his son, Bubber, back on earth. In the cozy suburbs of Norfolk, Virginia, Sunny has constrained herself to fit into the rigid model of the ideal wife (think Stepford without the sinister overtones). She leads the perfect existence — that is, until a routine drive to drop off her son at school ends in a sudden collision. The accident is the start of an unexpected series of events: We learn that Sunny, with her flawless sun-kissed locks, is actually bald; Bubber’s behaviour begins to cause alarm, and a wayward meteor hits Maxon’s rocket. From the ensuing wreckage, stores within stories unfold, of dark secrets and even murders, kicking off our journey into Sunny’s self-discovery and the mystery that is Maxon. – Alanna Glassman

World Fantasy Award-winner Graham Joyce spins a dark, enchanted narrative in his latest book, set in the English countryside. On Christmas Day, the Martins get a shocking visit from their daughter, who disappeared 20 years earlier. Hurt and confused, they’re suspicious. Did she run away? Did fairies capture her, as she says? Was she actually kidnapped, and is her fanciful delusion a coping mechanism? Or is something more ominous at work? A riveting blend of historical folklore, mystery and scenes of risqué revelry. – Janet Ho