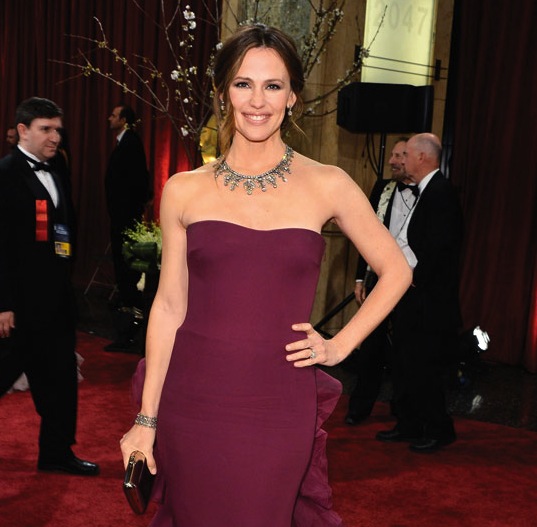 Jennifer Garner at the Oscars (Photo by George Pimentel).

Sometimes it’s difficult to reconcile the complaints of celebrities about press intrusiveness when measured against their obvious complicity.

Staged “candid shots,” fake outrage and transparent tip-offs to the paparazzi in advance of their private/public appearances at times make celebrity indignation seem more than a little disingenuous.

It’s hard, however, to take issue with the efforts of celebrity mothers, Halle Barry and Jennifer Garner, in their serious-minded attempts to protect their children from being willfully exploited by the rogue tabloid press.

Both women recently appeared before California legislators on behalf of a bill called SB-606, which is designed to protect children in the public eye from being harassed by photographers.

The Hollywood Reporter quotes Garner, who spoke eloquently and emotionally in support of her three children’s right to privacy, describing a nightmarish daily situation in which multiple “shouting, arguing, law-breaking” photographers camp outside the home she shares with husband Ben Affleck and their family, trying to get pictures of the kids on their way to school, to the park, to ballet lessons.

Anticipating the reflexive response of cynical critics, Garner readily concedes that her choice of career puts her in the public eye and diminishes her own expectation of privacy, but argues that her kids should be exempt from the same ruthless scrutiny that characterizes her life with Affleck.

Citing the premium price that the press is willing to pay for shots of celebrity kids, she alleges that her own children have the equivalent of “bounties on their heads,” and are stalked and terrorized and pursued to the point of trauma as a result.

If passed, the bill would prevent the photographers from “following” or “lying in wait” for children under the age of 16.

Now we are even treated to ‘who wore it best scenarios’ in which the Jolie-Pitt kids are pitted against any one of a usual number of pint-sized suspects.

Time for editors of the popular press to take a little professional inventory and stop buying what the paparazzi is selling.