6 Safe, Gay And Glittering Ways To Celebrate Pride During A Pandemic

The partying has to be solo, but there’s plenty of queer goodness to celebrate. 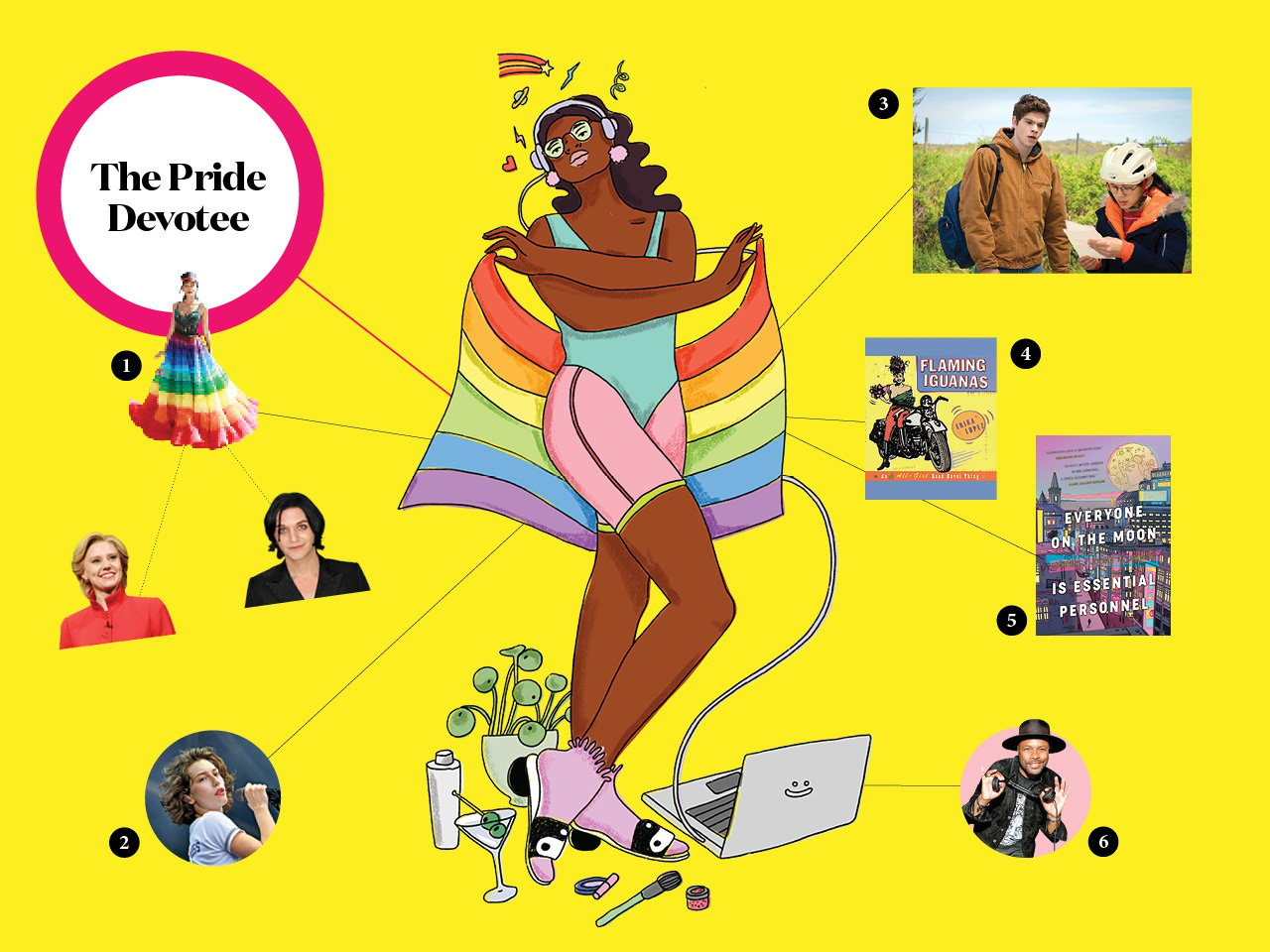 Pride’s been your jam since you snuck downtown as a teen, but this year the partying has to be solo. Thank the Lord, a.k.a. Janelle Monáe, there’s plenty of queer goodness old and new to celebrate, even while you stay safe, gay and glittering at home.

Kate McKinnon
This year may be the literal worst,
but April did give us a very important gift: a glimpse of Kate McKinnon’s actual cat on Saturday Night Live. We stan.

Brian Molko
Pride isn’t always upbeat, especially this Pride. And that’s when we turn to Brian Molko of Placebo. Decades after its release, “Pure Morning” sure helps

The genderqueer pop wunderkind has infinite coolness points. Is she dating Lizzo’s creative director? Yes. Did she release a single called “Pussy Is God”? Heck yes. Did she turn down a record deal to keep creative control of her work at age 11? Well, didn’t we all? Put on last fall’s Cheap Queen for a grooving, sensual Pride.

An exquisite teen romcom about wisecracking introvert Ellie Chu (Leah Lewis), who writes her classmates’ papers for money. A goofy jock asks her to write a love letter to the girl he likes, and Ellie says yes, because Ellie likes the girl, too—a lot. This makes it official: Sharon Van Etten’s “Seventeen” is now mandatory on all queer teen movie soundtracks. Sorry, we don’t make the rules. Netflix.

Anyone need an escape to the past? Tomato Rodriguez has got you. The raunchy, riotous bisexual heroine of Erika Lopez’s illustrated 1998 novel is motorbiking coast-to-coast—she’s never actually ridden a motorbike, but details, details! Tomato speeds through ’90s America, leaving behind a trail of hot sex and busted friendships. Out now.

5. Everyone on the Moon Is Essential Personnel

A homeless transsexual witch lands in a Catholic dorm while the seas rise; a boy mourning unrequited love goes to work on the moon. Julian K. Jarboe’s story collection is moving, electric and wildly funny. A skilful combination of apocalypse and mundanity, it’s the perfect book for 2020. Out now.

Home entertainment is great, but it can still be freaking lonely. Enter these livestreamed dance parties, featuring not only jams but a roving Jumbotron of attendees shaking it in front of their webcams. Whether you’re in your PJs with the camera off or glammed up with it on, it’s a sweet, intimate way to spend time with fellow queers. Club Q is already planning real-life parties for post-shutdown times, and the livestream will follow. “Queer people who could never experience a club in real life, those people keep us going,” says co-founder Sierra Andrés. “There’s no way we’ll sever that connection.” Zoom code goes up nightly at @clubquarantine (Instagram) and @reachclubq (Twitter).