LeAnn Rimes loves drumsticks and ice cream. Cameron Diaz loves cheeseburgers. Gwyneth has a pizza oven in her backyard. Why are some of Hollywood’s most celebrated cover girls so interested in making us think they’re gifted with the metabolism (and eating preferences) of a Labrador retriever? 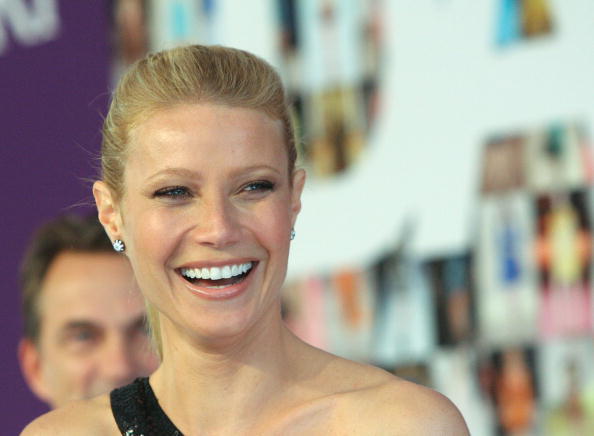 LeAnn Rimes loves drumsticks and ice cream. Cameron Diaz loves cheeseburgers. Gwyneth has a pizza oven in her backyard. Why are some of Hollywood’s most celebrated cover girls so interested in making us think they’re gifted with the metabolism (and eating preferences) of a Labrador retriever?

Most women have been on enough diets to know that something’s a little off about all this ‘I eat like a horse’ talk, especially when a photograph of said starlet in a bikini accompanies such a proclamation. I ate both a burger and an ice cream cone this past holiday weekend, and I can assure you, I won’t be borrowing any jeans from Leann Rimes in the near future.

So thank god for UK singer Lily Allen. The famously outspoken singer can always be counted on to pop the celebrity propaganda bubble, especially when it comes to issues around diet and weight. In a new interview with ELLE UK, Allen speaks candidly about how her new husband helped her see the light when it came to her lifestyle. At the time, Allen was super-slim and the reason for it — she wasn’t eating.

Says Allen: “I wasn’t eating then, you know, [I was] going out at night. I guess when you’re not eating you have to distract yourself with other things.

“Come three o’clock it was like, ‘Oh I suppose it’s acceptable to have a glass of wine.’ And then by four o’clock I would have had four glasses. It’s not the way to be. But then I met Sam and he noticed that behaviour.”

Allen goes on to imply that she wasn’t the only one not eating to stay thin. Allen says: “I hang out with models, the biggest pop stars and, you know, really and honestly, I hate saying this, but none of them are achieving those body shapes by being healthy.

“They’re not just going to the gym two hours a day. They’re not eating or they’re taking speed not to eat. In America everyone abuses that Adderall stuff and people aren’t normal.”

If not eating and indulging in destructive behaviours are some celebs’ real diet secrets it’s kind of a shame for us all. Perhaps a new policy of Lily Allen-inspired frankness might serve everyone better. Regular women wouldn’t feel so bad about their bodies and might even cut celebs a little slack too.

Who knows? Maybe one day we could all sit down together and really enjoy that cheeseburger for once.