knew there was a reason why I don’t do my taxes or pay bills when I’m in a good mood. Apparently, a positive state of mind and the ability to remember numbers don’t mix well. 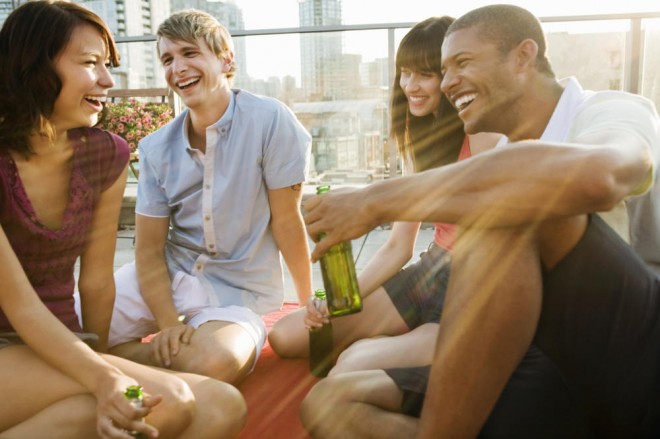 I knew there was a reason why I don’t do my taxes or pay bills when I’m in a good mood. Apparently, a positive state of mind and the ability to remember numbers don’t mix well.

According to a recent article on Time’s website, some researchers in the area of cognition believe that a good mood impacts certain aspects of your recall ability. Specifically, a positive state of mind may negatively impact “working memory” which includes the ability to remember small details like numbers.

This interaction between feeling good and your memory may apply to all sorts of encounters, including the all-important area of romantic attraction and pursuit. Meet a tall dark stranger at a party and you’ll have no problem remembering how handsome you thought said stranger was, but you may have a heckuva time trying to remember his phone number, or work email.

The study, which was conducted by psychology researchers at the University of Missouri, tested cognitive recall in two ways. In one experiment, the researchers had participants watch a video of comedian Jerry Seinfeld making jokes, while the other group was asked to watch a tedious instructional video. Afterwards, the group who watched the comedian, while scoring high in mood tests, didn’t perform as well when asked to remember a series of numbers. Conversely, the less happy (read: bored) group did perform well with number recall.

In a second test, both groups were shown a series of images and asked to identify a symbol in the centre of each image. Interestingly, both scored similar results. What does this mean for the good mood group? Basically this: when you’re in a good mood you’re concentrating in a different way and what you tend to remember reflects that shift.

As Time writer, John Cloud points out the interaction between mood and “working-memory” works both ways. Studies reveal that those who are asked to recount sad or painful memories often excel in similar cognitive tests. (Unfortunately, these are the kinds of people I meet at parties. And, true to form, they always remember my phone number.)

How to ensure that a positive frame of mind doesn’t stand in the way of landing Mr. Right? Or even Mr. Very Attractive? Grab a pen. The study findings make it clear that the old “write your phone number on the cocktail napkin” is not just a cliché; it’s an absolute necessity to future happiness.

But the study may be helpful in other ways too. For example, if you want to make sure Mr. Wrong loses your phone number make him laugh for a few minutes and then shimmy down the fire escape.