Candles: Why we just can't quit you 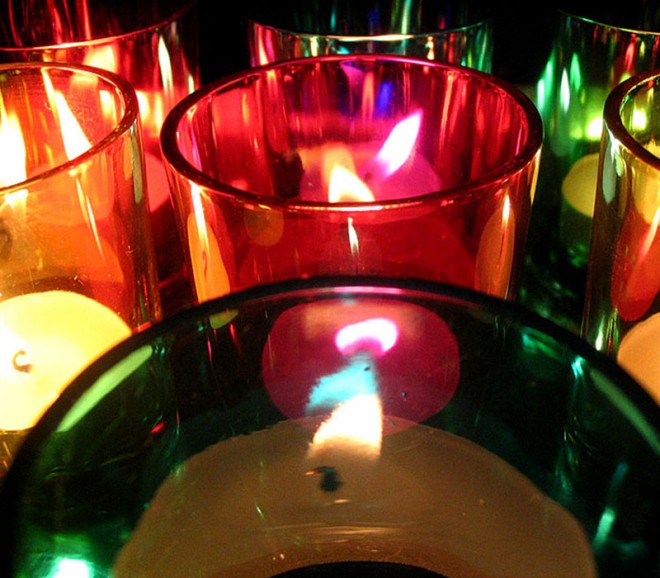 The candle is reminiscent of a bygone era when everything was analog and dinner-time conversations were lit by a dim incandescent glow instead of bright-blue smartphone light. The heavy glass container, the tactile heat above a naked flame, the ever-shortening lifespan of both wick and wax, even the very real fear of accidentally burning your house to the ground (an occurrence that peaks every holiday season)… the candle certainly does hold a unique old-fashioned allure. It’s hard to imagine such a hazardous and profligate object being conceived today.

Maybe that’s part of the reason it has lately become something of a status symbol—and a booming business. Last year, Americans spent more than $3 billion on candles, more than they spent on Christmas trees, with 90 percent of those bought by women, according to the stateside National Candle Association. This impressive sum is due, in part, to the advent of the designer candle, a rare breed of luxuriously scented wax cylinder that can sell for upwards of $600 and dots the bathtub edges of duchesses and celebrities.

Related: What Canada can learn from Denmark about surviving winter

How far the candle has come. The first candlesticks, found in Egypt and Crete in 3000 B.C., were among the earliest inventions of the ancient world. It’s believed that China was the first to use beeswax after centuries of using whale fat during the Tang Dynasty (618–907 AD). By the European Middle Ages, tallow candles were in wide use: a 1292 Paris tax list includes 71 chandlers, or candlemakers. For centuries, it has held significance in many religions, from lighting the menorah during Hanukkah to offering respect for Buddha or symbolizing light in Christianity.

Fast-forward several hundred years to the mid-1980s and the escalating popularity of fruit and floral-scented candles redefined the little flame as a “mood-setter” and popular decorative gift rather than light source. The ’90s saw a reboot as chemists found new types of waxes — soybean and palm — to replace petroleum-based paraffin (first used in the 1850s), and people started making their own beeswax and soy candles. If you came of age in the ’90s, you almost certainly gave your mom candles for Mother’s Day or bought yourself a jar of Yankee from the mall to feel grown up. Nowadays, the adoption of the Danish practice of hygge — the art of surrounding yourself with calm things — has given them an extra boost. And the vanilla-scented Anthropologie candle has become the default gift (or re-gift, see below) for women all over the continent.

What exactly is behind our eternal burn for these sticks of wax? Candle addicts say they’re “peaceful and cathartic.” British blogger Hannah Michalak says they’re part of her evening ritual and lighting one signifies the beginning of “me time.” Scientifically, there is little research investigating the effect of candles on the human psyche, but   certain fragrances have been shown to have calming effects. The smell of lavender oil (often added to candles) may have a sedative effect and can leave people feeling “fresher,” according to a 2012 study by Thai researchers, while the smell of rosemary oil reportedly boosts memory recall.

Even the concern for indoor air pollution hasn’t swayed fans. A 2009 presentation at an American Chemical Society meeting showed that burning paraffin candles emits toxic chemicals (though lighting one once in a while is unlikely to be a health threat.) Researchers also noted that beeswax or soy candles may be healthier (they also tend to burn longer). And with so many alternatives like LED candles, flameless candles and candle warmers sold alongside the real thing, it seems we’d rather find a substitute than eliminate candles altogether.

Sure, they’re more of a showpiece than a light source these days, but there’s no birthday cake without candles, no vigil without votives and no surviving the zombie apocalypse without dollar-store tea lights.

More:
6 minimalist DIY holiday wreaths you can keep up all year round
How to make your living space feel cozy in the winter
20 unique gifts for the person who has everything