The gold medallists are Doris Anderson recipients for drawing a new generation of girls to the sport— and making it safer for them, too. 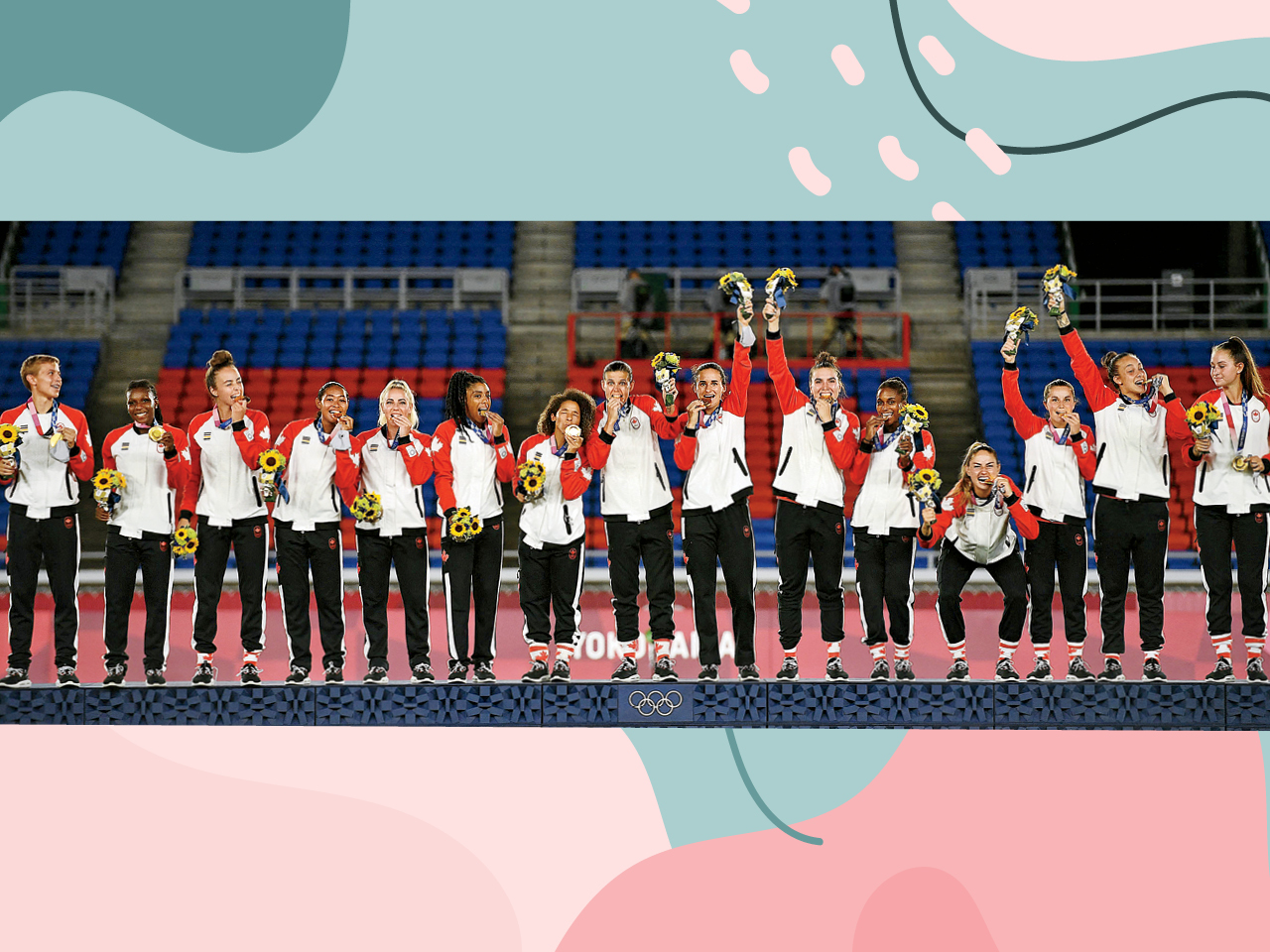 Canada’s national women’s soccer team went to the Tokyo Olympics hungry for a gold medal win, and served one up on a platter—ultimately defeating Sweden in a riveting 3 to 2 upset.

“I am really proud and honoured to be part of this team and hope we made this country proud,” says mid-fielder Julia Grosso, who delivered the game-winning goal.

But while there’s lots to celebrate this year, the team is also using its platform to address a dark side of the sport.

In recent years, allegations of sexual abuse, misconduct and coercion have been made against women’s soccer coaches in Canada, the United States and beyond—allegations that often went unheard or were mishandled. As a result, before agreeing to play two exhibition matches in October, the team demanded that Canada Soccer—the governing body of the sport—commit to improving player safety, apologize to players who have experienced abuse and misconduct, and initiate an independent investigation into a former coach, who is now facing several sexual-offence charges.

Once Canada Soccer signed off and the team hit the field for their first exhibition game in Ottawa, they held a moment of silence before the opening whistle to show solidarity for players who have been victims of abuse.

Aside from making conditions safer for the next generation, the team also wants to stoke enthusiasm for the sport. “The biggest thing for this team,” says Grosso, “is inspiring the younger generation, to let them know to always follow their dreams and just never give up.”

Grosso’s own ambitions were powered by the same type of inspiration. “I remember watching the national women’s team at the Olympic Games and FIFA Women’s World Cups as a kid,” says Grosso, who was once a ballgirl for a Team Canada game. “Just watching some of the players really inspired me. I hope that this gold medal, for a little girl or little boy out there, will inspire the next generation to do the same thing.”