This week is a time for eating — ripe berries, food-cart fare and fresh seafood — dancing to folksy tunes and practising good (down there) grooming. 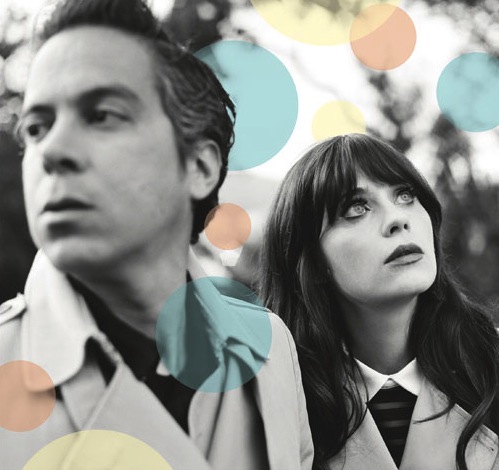 She & Him (M. Ward and Zooey Deschanel) will perform at Toronto Urban Roots Festival

To raise awareness about cervical cancer and spread of HPV in women, the month of July brings us the very cheeky Julyna campaign. Ladies of all ages have signed up through the Canadian Cancer Society to join the fight through personal grooming — so, get started, it’s not too late to pick a shape.

From folk duos, to bluegrass collectives, to the sweet sounds of an east coast fiddle, take a time out from the digitally mastered pop music and square dance to some grassroots music.

The best part of the summer months is the number of food festivals that tempt your taste buds with something new – and better, they do so at an affordable price. This weekend, whet your palate with something you’ve never tried before. Top picks: Join the foodies that have already started salivating at the mere thought of Summerlicious as 196 restaurants participate in three-course fixed price menus, or hit the west coast for the weekly installment of Food Cart Fest that features over 20 of Vancouver’s top food carts.

For some good ol’ fashioned family fun and a fast fix for an empty fridge, head to your local U-pick farm and stock up on some seasonal treats. Not sure what to do with all the berries? Make the cutest frozen yogurt!

5. Head to a fishy festival

‘Tis the season to head to one of Canada’s longest standing ocean side traditions — a festival that features creatures of the sea. Although the activity listings for the events now include live performances, street parties, and amusement rides, at the heart of it all you can get your hands on a fresh eastern catch.