This week, savour on some good street eats as you head over to watch a Hot Doc at the the Canadian International Documentary Festival in Toronto. In the Winnipeg or Regina area? Make sure to check out award-winning music legend Leonard Cohen as he wraps up his tour! 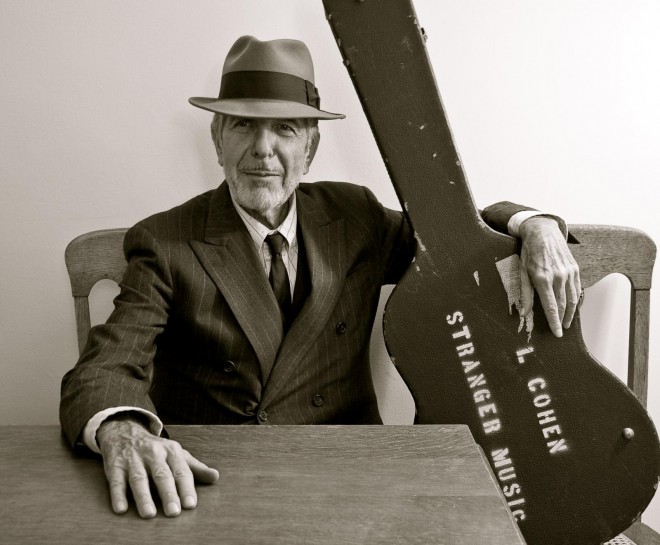 1. Stop to smell the flowers

Spring is finally here, and more colour is pouring into our daily routines! Earlier this week those visiting the Muttart Conservatory in Edmonton caught a rare glimpse (it’s never happened in Western Canada) of a eight-foot-tall, 275 pound corpse flower in bloom. At the same time, Vancouver has been painted pink with cherry blossoms and celebrates this weekend with a free-guided bike tour. So before it’s too late, now’s the time to stop and smell the flowers!

The Canada International Documentary Festival kicks off its 20th year bringing a long list of talent to the silver-screen. One better, it will leave subjects of the films lounging around after the presentation for a Q&As. Top picks: See Lieutenant-General Romeo Dallaire from Fight Like Soldiers Die Like Children; Matt Berninger, the front man in indie rock band the National from Mistaken For Strangers, and influential Canadian Comedian, David Steinberg from Quality Balls.

The legend, and recent winner of Artist of the Year and Song Writer of the Year at the 2013 JUNO Awards is wrapping up the final leg of his Canadian tour.  Definitely a show not to be missed.

4. Eat on the street

With the winter mitts now off, why not get your hands on some travelling goodness from the ever-growing food truck scene?  Savour bacon oyster sliders from The Daily Catch in Vancouver; a pulled pork grilled cheese from Charlottetown’s The Big Orange Lunch Box, or spend the weekend eating your way through 27 best street eats in Ontario. Also, heads up Montreal foodies! Food trucks will officially be driving down your city streets starting June 20.

Things may definitely be warming up, but it’s arguably still a little too cold to be sleeping under the stars. No problem. Planetariums are tucked away in the dark all over Canada and another has just opened its doors in Montreal — this one rumored to leave you star-struck.  Take a night and go explore the cosmos!