This week, shake your tail feather at a salsa festival, take a stroll in a vineyard, put on your cowgirl hat, and test your fear of heights. 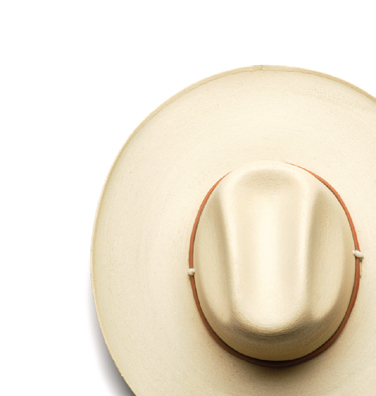 It’s been 35 years since the release of the comedic classic, Animal House. Reitman’s filmography as director and producer has since expanded to include some of the most hilarious and heart-warming blockbusters, including cult-favourite Ghostbusters, Kindergarten Cop, and romcom No Strings Attached featuring Aston Kutcher and Natalie Portman. This weekend, put your feet up, pop some popcorn and enjoy one (or more!) of these Reitman films. If you’re in Toronto, catch the cinematic genius himself at TIFF Lightbox as part of a series of special presentations.

Rough week? There’s nothing more agreeable than a stroll in a vineyard and a tall, refreshing glass of Pinot Grigio. This weekend, find sanctuary and sanity in the grapes while walking the beautiful acres of Canada’s wine regions. Top picks: Graze the Okanagan country side over a series of plentiful pours at See Ya Later Ranch; sip, stroll, and nestle into 11.5 acres of the Niagara Peninsula at Jackson-Triggs, or head east and experience fields of green at Rossignol Estate in PEI.

“Callin’ out around the world, are you ready for a brand new beat?” Summer’s here, and Martha and Vandella’s are right — it’s the perfect time to dance in the street; specifically to salsa! This week there’s a whole lotta shaking going on; join the conga line.

The Calgary Stampede has us all dreaming of chaps and cowboy boots. If you’ve missed the rodeo, live vicariously by spending a day on the ranch and saddling up this weekend on a horse. Top picks: Enjoy an authentic ranch experience at Siwash Lake Ranch in British Columbia’s cowboy country, breathe in Eastern air during a lesson at the Avalon Equestrian Centre in Newfoundland, or pick your pony at Ride the Ranch in Oakville.

It’s time to get over your fear of heights: Toronto’s CN Tower’s Edge Walk is now open, meaning you can test your nerves by taking a walk outside around the circumference of the roof. Too much? Take baby steps with an intro to rock climbing course! Rumour has it there isn’t a muscle in your body that won’t flex when scaling the walls.

Intro to Outdoor Rock Climbing, Every Saturday until October, Milton