From Grace Kelly to Andy Warhol to Steve Jobs, you'll fall in love with these awe-inspiring icons in this week's exhibitions and new releases. 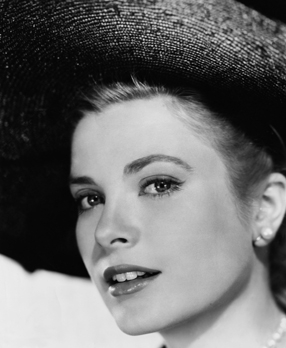 Was there anything better as a child than a bowl of cereal at the crack of dawn and a morning spent watching the Wile E. Coyote light himself on fire over and over again? Re-connect yourself with the simple pleasures and lessons that come with watching animation for the coming weeks as TELETOON offers subscribers of participating television services free access to their platforms.

John Mayer’s latest release Paradise Valley is the perfect accompaniment to mellow backyard BBQ on a sunny afternoon, or a rainy day spent curled up on the couch with a book by a cracked window. Simply, with its heavy country influence, Mayer offers up tracks that will lull you into a relaxed state as he strums each string.

This weekend marks the anticipated release of JOBS, the extraordinary tale of the man who changed the world, and our lives forever (are you currently reading this from your IPad or IPhone? We rest our case.) Starring Ashton Kutcher, be amazed by how the highschool drop out became known as one of the most creative minds of the 20th century.

Instead of dreading the end of days spent poolside, embrace it with preparing the rooms of your house with warm-scented candles, and plush throws. Inside tip: Zara Home has officially launched their online store, and starting Aug 22nd you can take advantage of their affordable offerings.

5. Revel at something iconic

Whether it’s someone as recognizable as Grace Kelly, or a dress that carries so much historical importance that it found its way into a glass case in a museum, or a painting that will never see the end of reprints – this weekend, discover what it takes for a person or piece of art to be labeled an “icon.” Top picks: Catch couture at the BIG exhibit at the ROM; go beyond the icon at the Grace Kelly exhibit in Montreal, or don’t miss your last chance to see 100 Masters: Only in Canada featuring the greats from Picasso to Warhol in Winnipeg.

BIG at the ROM, Toronto

Grace Kelly: Beyond the Icon Exhibition at McCord Museum, Montreal

100 Masters: Only in Canada at the Winnipeg Art Gallery (ends August 18), Winnipeg