Step out of that stuffy theatre, pack some popcorn and flop down on the grass to catch a few of your favourite flicks. 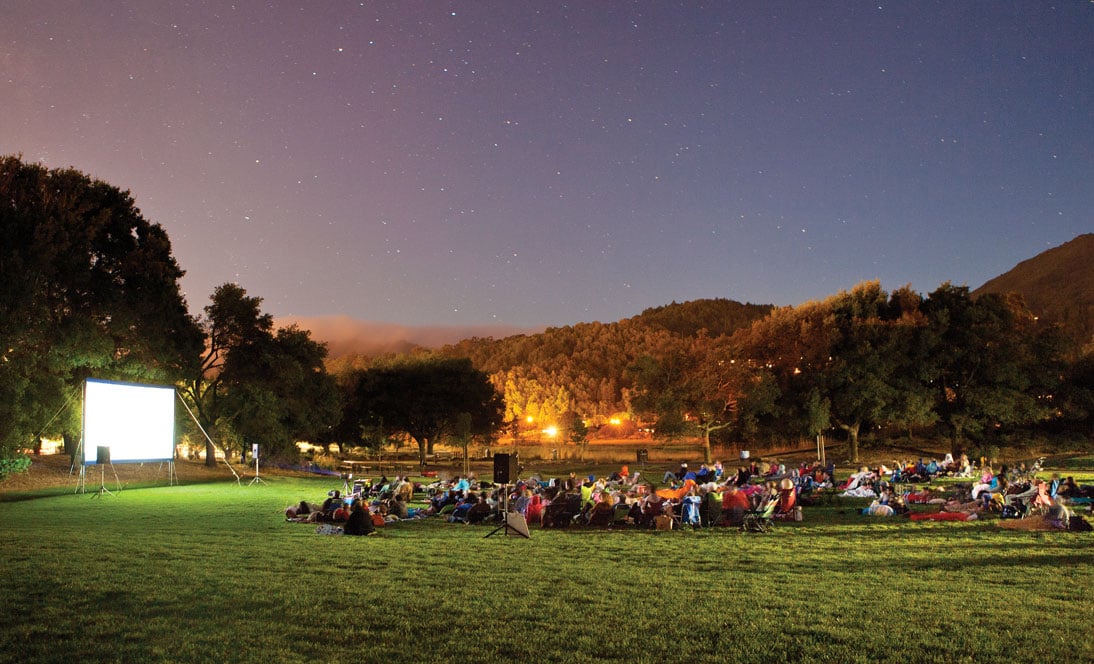 What: Drive-ins peaked in the late ’50s, with thousands scattered across the continent. Now, with only about 50 in Canada, it may seem as though outdoor cinemas belong in a time capsule — not true! When the sun goes down, the show begins on outdoor screens from coast to coast — and you no longer need a car to catch them.

Why: For Jason Bashnick, marketing director for Fresh Air Cinema, the better question is, why not? Fresh Air runs more than 450 outdoor movie events across Canada every year. During its summer Stanley Park series in Vancouver, Jason says, up to 8,000 movie buffs gather on the grass to watch ’80s cult classics like E.T. or The Goonies.

How: With fleets of inflatable screens, projectors and sound systems, the company sets up massive open-air cinemas in the most improbable public areas. “We often use spaces that on any other night would be vacant,” Jason says. The Sail-In Cinema at Toronto’s port by Sugar Beach boasts a double-sided screen that allows boaters on the water to dock and watch, while landlubbers simply unfold their chairs and enjoy the scene from shore. And, unlike in a theatre, you can compare notes with fellow moviegoers without fear of being shushed. “People laugh together and recite movie lines under the stars,” Jason says. Best of all, there’s no need to wait for cheap Tuesdays because the films are free!

Cinema under the Stars, Wednesdays until August 16, Victoria Park in Regina

TIFF in the Park, Wednesdays until August 28, David Pecaut Square in Toronto