15 Amazing Moments That Made Canadians Smile In 2017

This year wasn’t all lecherous Hollywood producers and nuke-happy world leaders. Here, the things that turned our frowns upside-down. 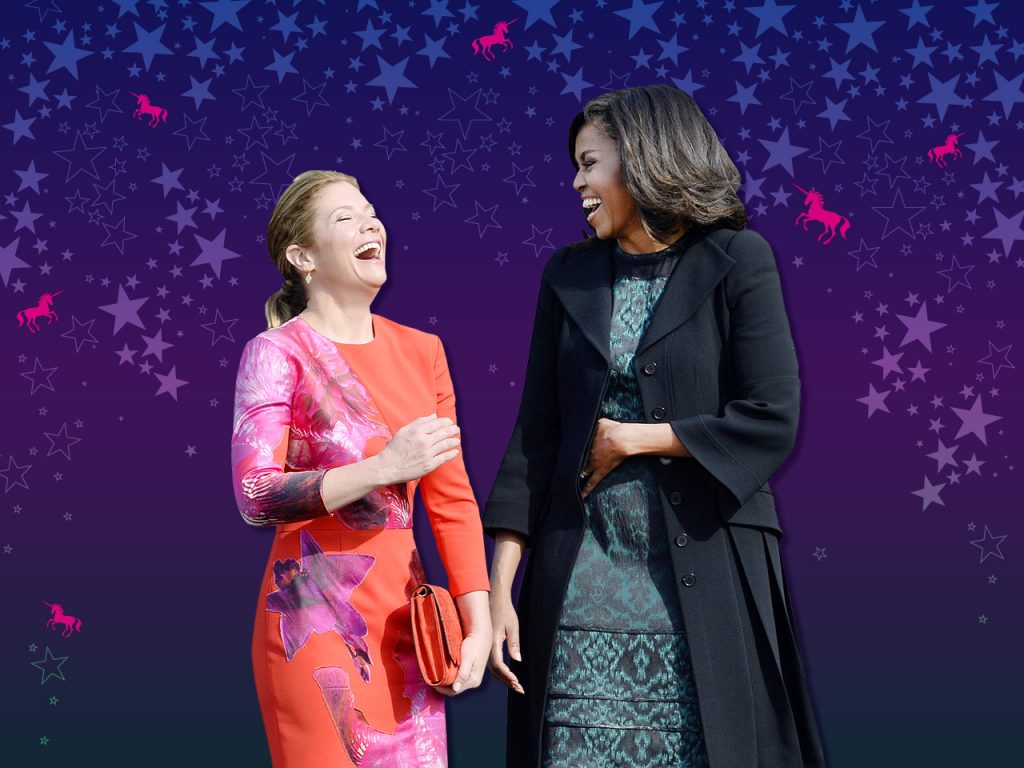 1. When Sophie Grégoire Trudeau and Michelle Obama were palling around Toronto

The two political power spouses were spotted on a lunch date while Obama was in town for a speaking engagement, proving that the spark between them — which began when Grégoire Trudeau made her official visit to Washington last year — has indeed grown into a flame.

2. When our favourite red-headed heroine made a much-needed comeback

We knew, this time last year, that 2017 was going to be rough. That’s what made the return of Anne Shirley’s whimsical pluck all the more welcome. CBC’s reboot of Anne of Green Gables, shortened to Anne, was a cross-border success, and Irish-Canadian lead actress Amybeth McNulty nailed the part with the right combo of sweetness and sass. 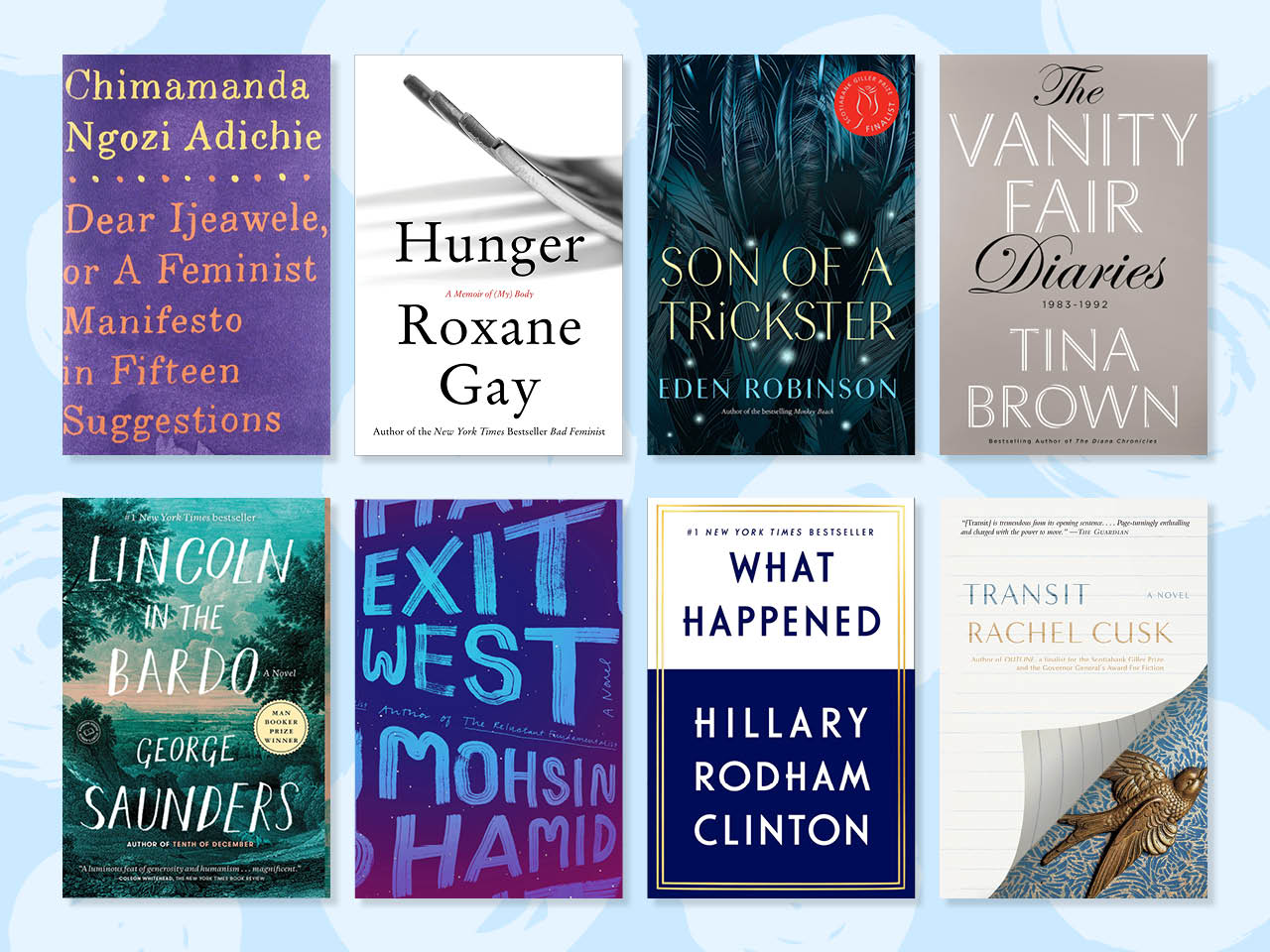 3. When the Instant Pot became the kitchen appliance to beat

In case you haven’t been on the internet lately (or ever), let us fill you in on the tiny Canadian-designed miracle that is the Instant Pot: For $165, you can stew, steam and sauté recipes in a fraction of the time — and use 70 percent less energy. Basically, it’s a slow-cooker on speed, and once sold more than 200,000 units in one day. Risotto in 10 minutes? No wonder it’s the appliance de rigueur!

4. When NDP leader Jagmeet Singh shut down a racist heckler

During a Brampton meet-and-greet in early September, then-federal NDP candidate Jagmeet Singh was the picture of cool — a true feat considering an angry constituent berated him with accusations of Islamic extremism (and other bigoted nonsense). Singh, who is actually Sikh, chose not to meet fire with fire, issuing an impressively diplomatic statement after the fact: “While I’m proud of who I am,” it read, “I purposely didn’t go down that road because it suggests their hate would be OK if I was Muslim.”

5. When abortion access improved for women across the country

After 35 years (and under threat of legal action), P.E.I. finally brought abortion services back to the province. Across Canada, access improved thanks to the availability of Mifegymiso, a.k.a. the abortion pill. The pill can now be taken as far as nine weeks into pregnancy, and Health Canada clarified that women can get it directly from a pharmacist or other health professional.

6. When so many badass women were put in positions of power

They say you need to see her to be her. That’s what’s exciting about so many hyper-qualified women being appointed or promoted to top roles in government, military and law this year. Our new Governor General of Canada is Julie Payette, an Earth-orbiting astronaut. Major General Tammy Harris became the first woman deputy commander of the Canadian Air Force — the first to hold that rank military-wide. And Indigenous rights and education champion Justice Sheilah Martin is set to become the newest member of the Supreme Court of Canada. 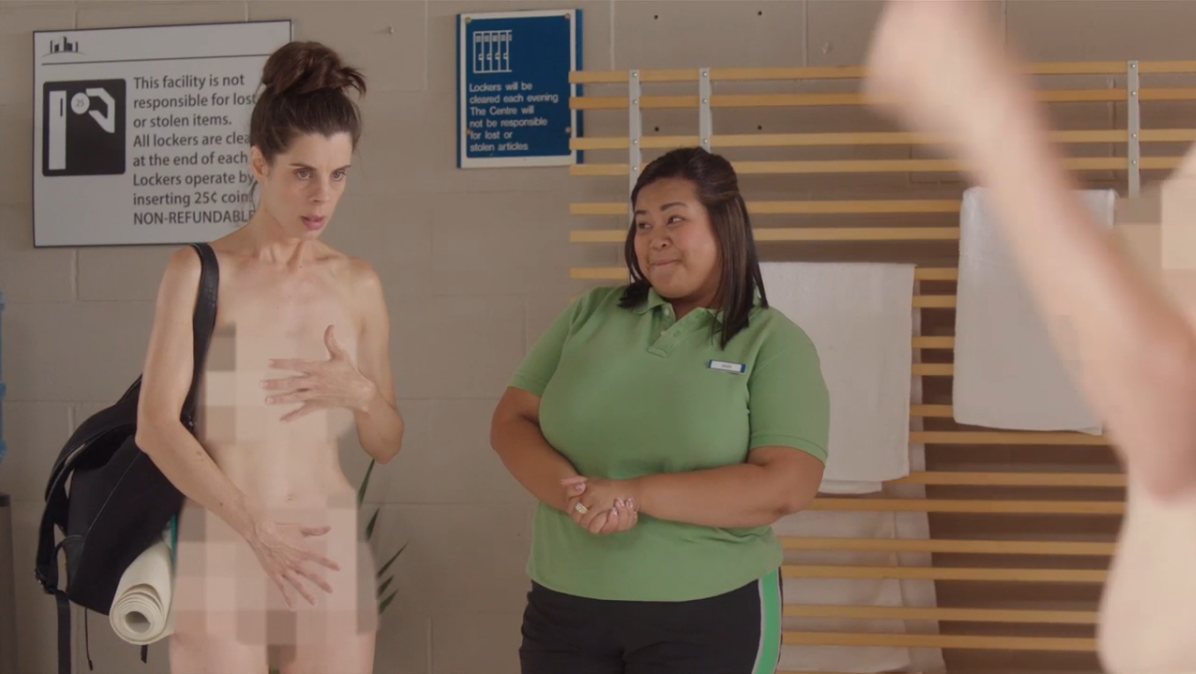 This year, America discovered what Canadians have long known: Baroness von Sketch Show is gut-bustingly hilarious. The show made its debut stateside on IFC in August to rave reviews in The New York Times, which, #goals. Let’s celebrate with a towering glass of red wine, ladies. 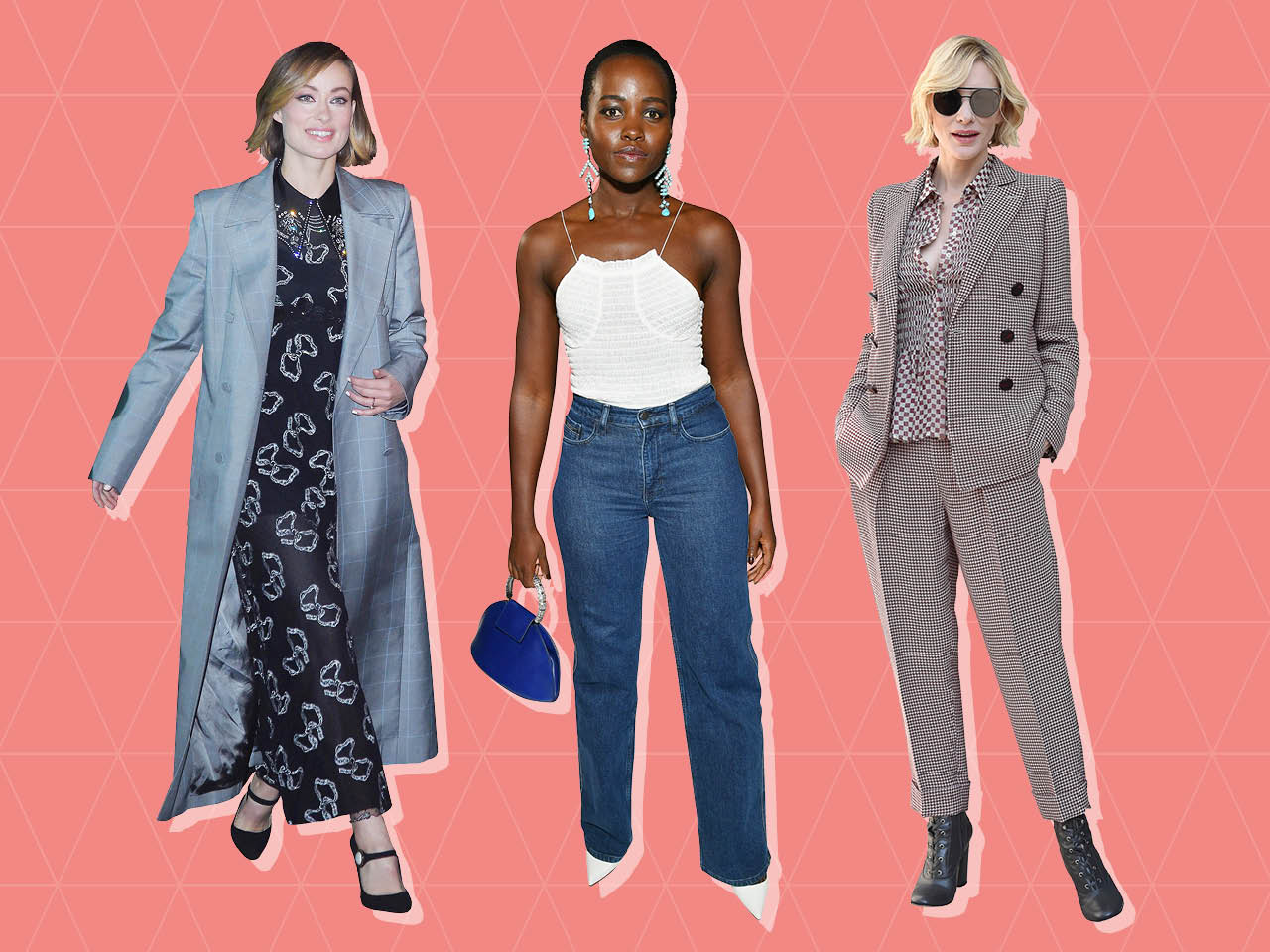 Thank The Fashion Gods! Here Are The Most-Wearable Trends Of 2018

8. When a record number of Canadians flooded streets for the Women’s March

On Jan. 21, 2017, major intersections of Canadian communities coast to coast were populated by placards and pussy hats. The Women’s March was a historic global event, and more than 120,000 Canadians stepped out in support of women’s rights — which made for one of the biggest nationwide demonstrations in Canadian history.

9. When the PM issued a long-overdue apology to LGBT Canadians

In late November, before an emotional House of Commons, Prime Minister Trudeau apologized to Canada’s LGBT community for decades of “state-sponsored, systematic oppression and rejection.” He spoke to the discrimination endured by civil servants, military members and other Canadians who were discriminated against based on their sexual and gender orientation. He called it, rightly, “our collective shame.”

10. When Meghan Markle and Prince Harry debuted their love on home turf

Meghan Markle and Prince Harry could’ve picked anywhere to hold hands in public view for the first time, but they chose us, and we are honoured. Harkle’s very-PG canoodle at the Invictus Games in Toronto this fall gave us some happiness to cling to until their engagement news sent us head over heels for the regal yet relatable pair. Bring on Royal Wedding 2018.

11. When doctors performed the first in-utero surgery on a baby with spina bifida in Canada

Canadian women carrying babies with spina bifida had to travel south of the border for access to an operation that greatly improves the likelihood of their child being able to walk independently — until now. Romeila Son was operated on by a team of doctors from Toronto’s Mount Sinai Hospital and The Hospital for Sick Children at 25 weeks. She delivered a healthy baby girl, Eiko, 11 weeks later. 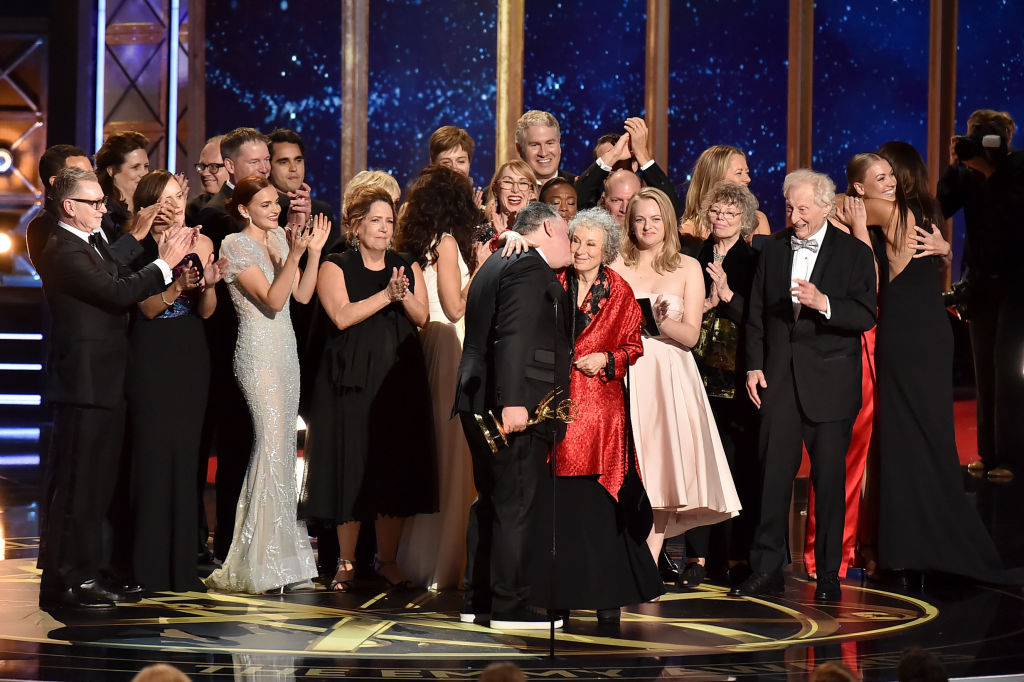 Margaret Atwood with The Handmaid’s Tale cast and crew at the Emmys. Photo, Jeff Kravitz/Getty Images.

12. When Margaret Atwood brought her purse onstage at the Emmys

Given her affinity for dystopian fiction, you’d be forgiven for forgetting that Margaret Atwood is a mere mortal. And then she goes and pulls the ultimate regular-person move: schlepping her shoulder bag onstage as she — and the stacked cast of The Handmaid’s Tale — accepted their Emmy for Outstanding Drama series in September. Atwood truly DGAF. 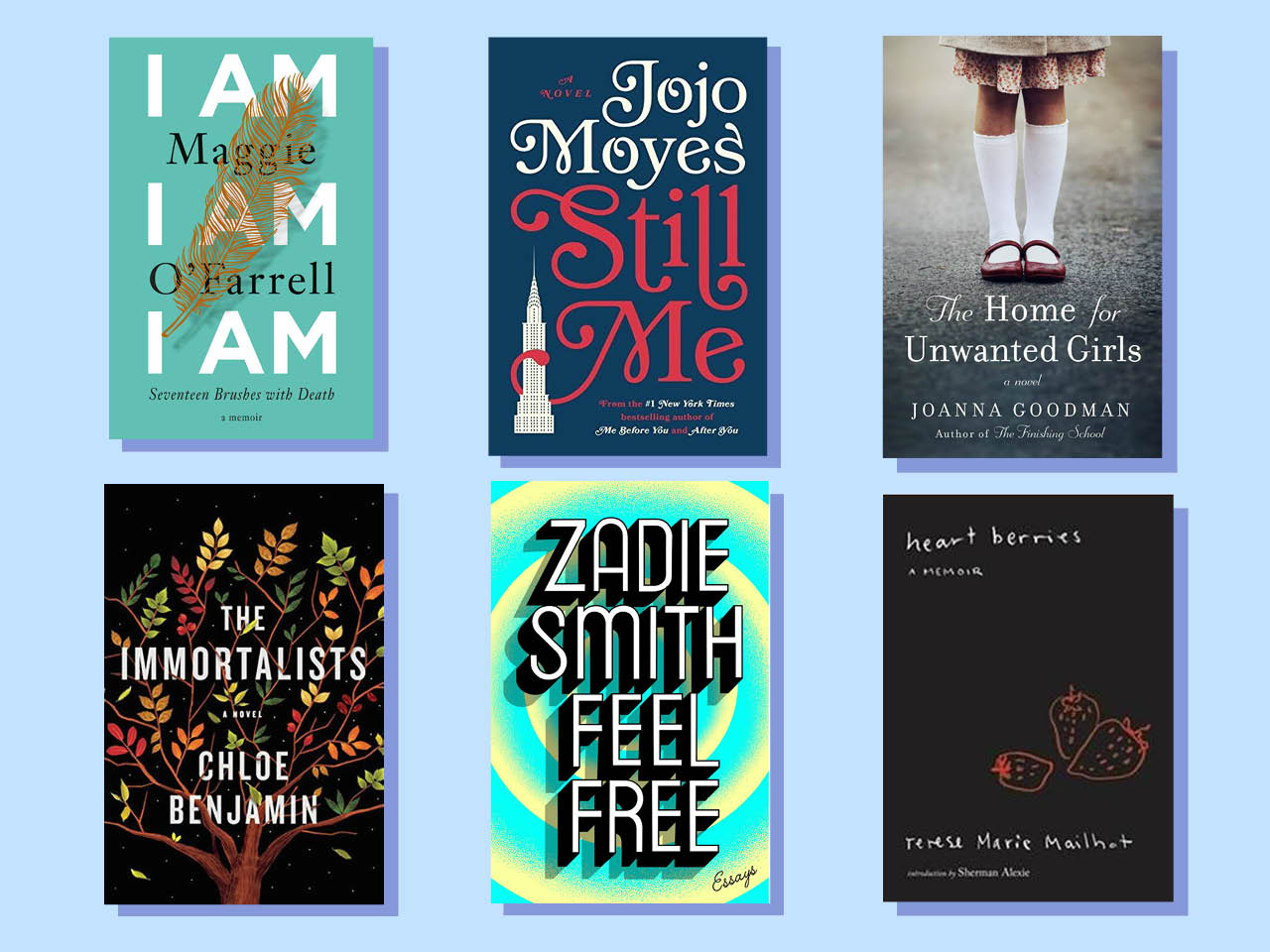 This year marked 100 years since (some) women in Canada won the right to vote in general elections. Women-in-politics advocacy organization Equal Voice decided to celebrate — and inspire future generations of women — by inviting delegates from all 338 federal ridings to sit in their member of Parliament’s seat in the House of Commons and advocate for issues they care about. These Daughters of the Vote drove home the need for more women in politics — and they weren’t afraid to speak their minds.

Thanks to Donald Trump’s vile “Muslim ban” — which has extended to countries without Muslim majorities — many talented people hoping to work or study in the States were forced to look elsewhere. Not only that, but many workers already in the U.S. felt compelled to leave. A survey from employment site Hired showed that Canada was the first choice for those toying with the idea of leaving the U.S. since Trump was elected, and the Canadian tech sector in particular has eyed snagging talent. A Vancouver entrepreneur even set up a company, True North, to help tech professionals relocate to B.C.

15. When a widow stepped up to represent the riding her husband served

In one of the most emotional moments in Parliament this year, Scarborough-Agincourt Liberal MP Arnold Chan stood in the House and pleaded for civility — for his colleagues to listen to each other — in the House of Commons. Chan was dying of cancer then, and by September, he was gone. A few months later, his wife, Jean Yip, stepped forward for the Liberal nomination in December’s by-election. She had six opponents (her Conservative counterpart had huge get-out-the-vote help from local Tory Doug Ford), but she won the riding the Liberals have held for 30 years. “I’m happy and I know Arnold would be happy with the kind of campaign we ran,” she said.