Can you trust the accuracy of food labels?

For years now consumers have been educated by public health experts to pay greater attention to the information listed on food labels. But can consumers trust food companies to present accurate nutritional information on their products? 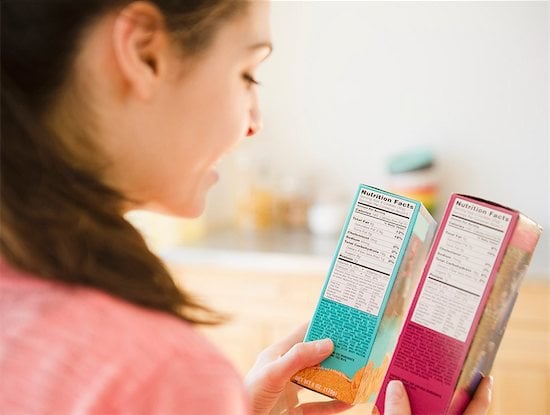 Public health experts have educated consumers about the value of paying greater attention to the nutritional information listed on food labels for years. But can consumers trust food companies to present accurate information on their products?

A recent post by Julia Belluz on Macleans.ca’s “Science-ish” blog suggests not entirely. Belluz cites Postmedia’s recent exposure of the labeling practices of some of the world’s most popular food brands as an example of the gulf that can exist between what a company says about the nutritional value of their product and it’s actual value after testing.

The Canadian Food Inspection Agency (CFIA) tested the claims of many top brands from 2006 to 2010. In the end, they found that many popular name brands — including organic brands — provided incorrect and even “wildly” inaccurate nutritional information. Heinz, Frito-Lay, Amy’s Kitchen, Eden Organic, Kraft and President’s Choice, among others, were listed as brands that fell short of their purported claims about their products.

The CFIA testing focused mainly on the information related to breads and baked goods, confectionary items and snacks. Postmedia reports that of the 621 products in those categories tested, 360 items or 58 percent weren’t accurately labeled. For example, some products that claimed to be reduced in sodium weren’t, while others made claims about vitamin content that proved to be greatly exaggerated.

While the information about the inaccuracies should naturally annoy consumers, Belluz cites a global health study that suggests nutritional information doesn’t appear to affect how or what people consume. The study, published in the British Food Journal, indicated a curious contradiction: “countries where labelling is ubiquitous are actually less healthy.”

While North American consumers have more specific information to consider, it doesn’t appear to make eating habits any healthier. What could alter the consumer health picture? Belluz cites some who argue we should ditch the ingredient list and offer more graphic (think cancerous lungs on cigarette packs) labeling on certain foods.

Consumers may act on another alternative too, though. They can avoid buying or reduce their reliance on processed products and stick to the produce and protein sections of their grocery store.