Can you tell a person’s age by their smell?

We do it with milk and cheese and other perishables so why not do it with our friends, neighbours and colleagues? A new study (via ABC News) suggests that human beings can determine a person’s approximate age by scent alone. 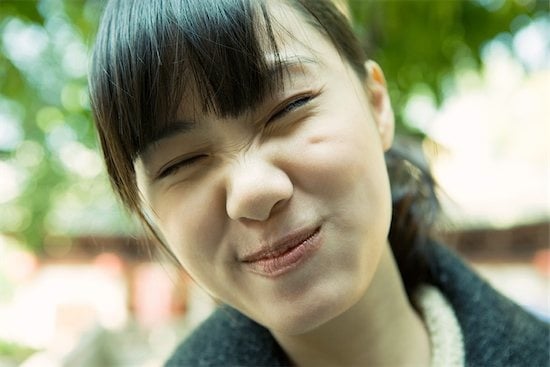 We do it with milk and cheese and other perishables so why not do it with our friends, neighbours and colleagues? A new study (via ABC News) suggests that human beings can determine a person’s approximate age by scent alone.

That’s right. Scent of a Woman isn’t just a fantastically fragrant movie starring Al Pacino; it’s also a biological fact that provides vital information. If the lady smells like she’s over 30 (floral bouquet with dark chocolate note), she probably is.

Don’t ask why, but for some reason researchers at the Monell Chemical Senses Center in Philadelphia undertook an experiment to see if people could sort people into age groups based on scent. If that’s not enough to make you wrinkle your nose, wait until you hear how they did it. They collected odor samples from people’s armpits and asked participants to take a whiff and then throw out a guess as to the vintage of the aroma.

Now things get really interesting. According to the results, human beings can not only sort people into age groups based on scent, they also show a marked preference for the scent of older, more seasoned people over the raw odor of youth. To the researcher’s surprise, the participants considered the younger smells to be more unpleasant than the smells associated with the elderly age group, a fact that contradicts popular jokes about funky “old man smell”.

The study implies that when an unpopular context is taken away, we like the smell of age. Other interesting findings that came from the armpit smell-a-thon: younger men smell worse than younger women and everyone over the age of 75 basically smells the same.

It remains unclear how this olfactory feat is accomplished. The researchers speculate that chemical changes as the body ages may be at play. But there’s some belief that this is just one more way that human beings sort one another into categories based on age and by extension, health and reproductive status.