Can you predict addiction?

Why is it that some people are able to experiment with drugs in their youth or even occasionally indulge as adults and never fall prey to addiction while others are completely undone and become hopelessly ensnared? 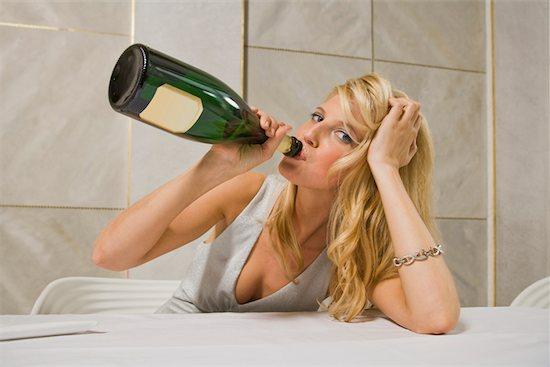 Why is it that some people are able to experiment with drugs in their youth or even occasionally indulge as adults and never fall prey to addiction while others are completely undone and become hopelessly ensnared?

Prompted by the recent death of singer Amy Winehouse, Richard Friedman, M.D., tackled that complex question in a recent piece for the NYTimes. The information he gathered about the science of addiction, as it is known currently, is both fascinating and humbling. It may even be prescriptive for parents of adolescents.

Adolescence is often the point at which many individuals experiment with both drugs and alcohol. According to 2010’s Canadian Alcohol and Drug Use Monitoring Survey, the rate of drug use is highest among those between the ages of 15 and 24. The same is true for heavy drinking. The rate of heaving drinking is three times higher among members of the same demographic.

That doesn’t mean every teenager who smokes a joint or every undergrad who does a keg stand is poised to become a drunk or a drug addict. The danger occurs when experimentation coincides with a handful of risk factors that are linked to an increased risk of addiction. Those factors include psychiatric illness, brain chemistry, and environment.

Depression, anxiety- and personality disorders such as narcissism and impulse-control problems are just a few of the mental illnesses/conditions that may send a person to drugs or alcohol, and more worrying, they increase the chances of that person establishing a problem as the drugs may act as a sort of self-prescription.

Individual brains may unintentionally hard-wire some for addiction issues too. Some research suggests that addicts have a limited ability to experience pleasure naturally (i.e., they possess fewer dopamine receptors). For those people, an artificial stimulant provides the burst of pleasure they don’t get naturally.

But mental illness and brain chemistry aren’t the only reasons why some people may not be able to indulge casually in alcohol or drugs. Friedman also points out that environment plays as significant a role as any of the other factors.

Mothers may be right to worry about their kids getting into a “bad crowd” because studies show frequent exposure to drugs and alcohol also increases risk of addiction. Throw stress into the environmental mix and you also ramp up the chance of a problem.

How to fight the risk factors? It may come down to timing. Parents of adolescents may be able to make all the difference by curbing experimentation from the moment it begins.