Can you be too tired to eat well?

A recent study (via The Atlantic) offers some sound advice for those trying to eat a healthier diet and stay on the right side of the scale—get a good night’s rest as often as you can. 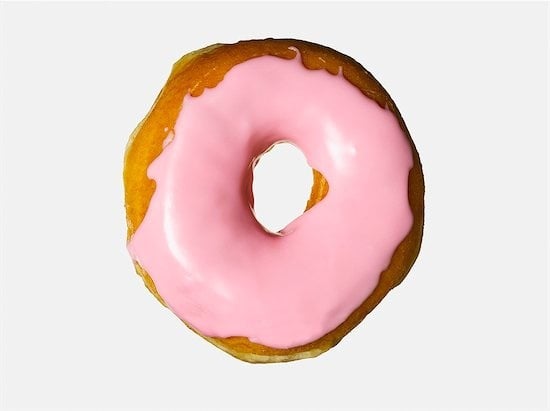 A new study (via The Atlantic) offers some sound advice for those trying to eat a healthier diet and stay on the right side of the scale—get a good night’s rest as often as you can.

While researchers have previously made a connection between a lack of proper rest and obesity—fatigue can trigger the hunger hormone ghrelin, making you feel hungrier than you are—researchers at the University of California, Berkeley, wanted to see if that connection could also be the result of impaired judgment. The idea being that when people are suffering the effects of fatigue they’re more likely to succumb to the temptation of picking up a burger at their local drive-thru than going home and making dinner.  (Guilty as charged.)

To test their theory whether or not a lack of sleep affects judgment when it comes to healthy choices, researchers recruited nearly two-dozen healthy young adults. Using MRI technology, the researchers monitored the brain responses of the participants both after a good night’s sleep and then after a near sleepless night. During both occasions, the researchers showed the participants images of certain foods and asked them to describe how much they wanted them.

Ultimately, the results revealed that fatigue is a factor in unhealthy decision making as the brains of those who were overtired showed diminished activity in the frontal lobe, a part of the brain responsible for emotion and decision making. Oddly, a lack of sleep also seemed to effect how people perceive taste—really tired people don’t always make the connection between their desire for a certain food and its taste value (that explains why I have been known to eat Pringles for breakfast).

The study bolsters previous findings that support the idea that to curb weight gain one should strive to get proper rest. Next time you feel your head dipping and your chin bouncing off your chest, don’t head to the convenience store for a chocolate bar or volleyball-size muffin for energy, do yourself a favour and take a nap.