Can yoga bring you to orgasm?

Meditate on this for a moment: what if there was a 90-minute class in which you could not only relax, de-stress, unlock those tight hamstrings and experience nirvana-like sexual arousal all at once? Would you think it was worth $20 each time you did it? 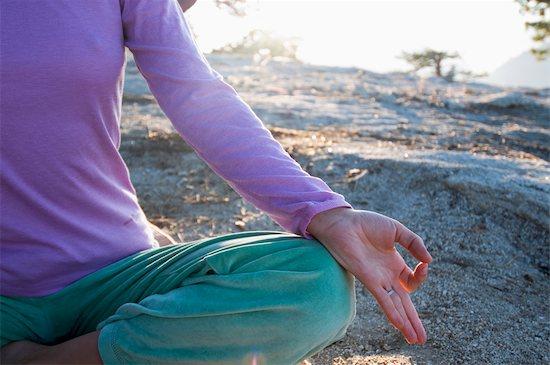 Meditate on this for a moment: what if there was an activity in which you could not only relax, de-stress, unlock those tight hamstrings and experience nirvana-like sexual arousal all at once? Would you think it was worth $20 each time you did it?

If so, yoga (via jezebel.com) may be your ticket to a multi-tasker’s bliss.

The Daily Beast is reporting that the practice of yoga has one or two adult benefits that don’t get a lot of mainstream attention. Sure, yoga is often linked to a calmer, more peaceful and less stressed state of mind. But did you know that some practitioners claim the ancient practice of moving in rhythm with one’s breath can also result in a powerful sensation of sexual arousal, if not climax?

The revelation that some yoginis are taking a one-way ticket to ecstasy town during yoga class may be enough to make you pull your mat a little closer to the wall next time, but the Daily Beast reports that for some ladies this is precisely what’s going on when they move through certain postures while paying attention to their breath.

“Rumors of the elusive yoga orgasm have circulated for years, but recently, teachers and students have begun discussing the phenomenon more openly. Sex researchers are also honing in on the subject,” writes The Daily Beast’s Lizzie Crocke.

How does this happen? The piece offers a few anecdotes to illuminate the phenomenon. One thing that helps: a hunky teacher who’s willing to ‘assist’ and/or is unafraid of potential lawsuits.

The piece quotes a woman who was in a pose that called for her to lift her “pelvic floor”. “She wasn’t prepared for what happened after her instructor pressed his body against her back and synchronized his breath with hers, lifting her ribs as she inhaled, and pushing down on her thighs as she exhaled. ‘I was tingling all over!’ she gushed.”

Other women report similar moments in which the spiritual, physical and sexual align cosmically in the piece, which goes on to discuss how yoga can also help men last longer, sexual performance-wise.

Don’t feel bad if you’ve never experienced the big “O” while do a standing forward bend. I’ve been practicing yoga for nearly a decade and have never experienced anything other than the pleasant sensation of calm post-class. No tingles to relate, but I did break my toe once.