In my case, guilt isn’t a very effective way of curbing my behaviour. It may even be the reason I come back for a second and third helping when I’m feeling down and out. There’s evidence to suggest that shame in the form of public policy designed to curb obesity is similarly useless. 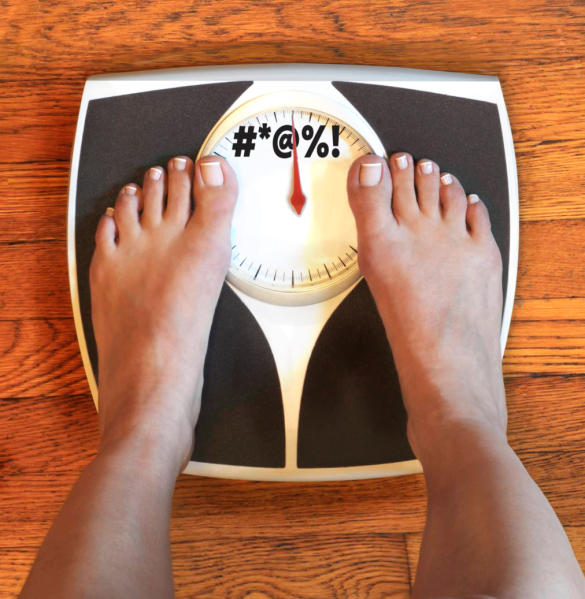 When it comes to cookies and cakes, I have about as much will power as a Labrador Retriever left alone with an open bag of garbage. Which is to say that every once in a while you’ll find me running around the house with an empty bag of Fudgee-Os hanging off the end of my nose.

Like a lot of people who are similarly inclined to alternate between binging and watching what I eat, I gain and lose five or ten pounds in the course of a year. Generally speaking, that means I spend about half my life eating properly and the other half chastising myself for being a glutton.

In my case, guilt isn’t a very effective way of curbing my behaviour. It may even be the reason I come back for a second and third helping when I’m feeling down and out. There’s evidence to suggest that shame in the form of public policy designed to curb obesity is similarly useless.

According to the University of Toronto’s Neil Seeman and Patrick Luciani, authors of the new book, XXL: Obesity and the Limits of Shame, governments focus too much on the problem of obesity and not enough on encouraging healthier lifestyle habits by offering practical help to the individual. As Seeman told Maclean’s recently, the reasons why a senior citizen or mother of three is obese may not be the same as why a five-year-old is overweight. Telling both to eat more vegetables via an earnest PSA or pamphlet doesn’t serve either of them very well.

The researchers suggest the creation of “healthy living” vouchers for the obese, which can be then redeemed at gyms, grocery stores, athletic stores, or however is most useful for that person, is a far more effective use of tax money than yet another PSA that reminds the overweight that a) they’re fat and b) they need to do something about it. Ideally, these vouchers would tackle the problem at the source, i.e., with the individual, and over time reduce the health care burden that rising rates of obesity place on the system.

Many factors account for individual body size, among them genetics, diet and exercise. But there’s another factor, too: poverty. There are a number of studies that link poverty with obesity among adults and children.  One US study found that poor teenagers were 50 per cent more likely to be obese than those teenagers who weren’t living in poverty. Vouchers may help bridge the gap between rich and poor, allowing those who struggle to purchase healthier foods or engage in physical activities more often.

If “healthy living” vouchers could potentially improve the health and wellbeing of obese adults and children, you have to wonder what’s keeping us from giving it a shot. Doesn’t it make a little more sense than investing in another PSA?