Can being mildly drunk help you think faster?

If you’re struggling to come up with a creative solution to a problem maybe you need to take off your thinking cap and put on your beer goggles—or so suggests a recent study (via Time.com) on the effect imbibing alcohol has on an individual’s ability to think creatively. 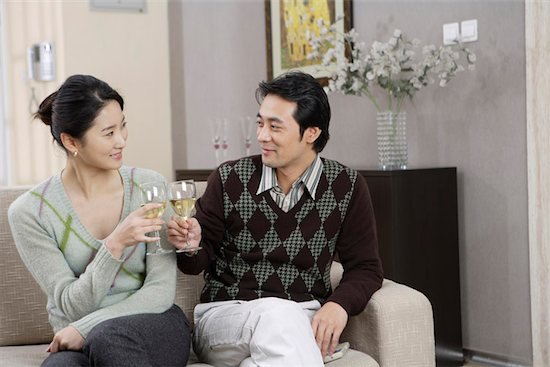 If you’re struggling to come up with a creative solution to a problem maybe you need to take off your thinking cap and put on your beer goggles—or so suggests a recent study (via Time.com) on the effect imbibing alcohol has on an individual’s ability to think creatively.

To see what effect drinking has on problem-solving psychology researchers corralled two groups of 40 young men in their 20s. The first group was given a bagel to eat first and then they were asked to watch the animated film Ratatouille. While the men watched the film they were given vodka cocktails, with the idea of getting them tipsy rather than officially drunk.

The second group, which appears to have gotten a raw deal in the study, was asked to abstain from alcohol and had to watch Ratatouille sans vodka.

At the point that the men’s blood alcohol level in the first group reached just under the legal limit for intoxication, the researchers tested their cognitive abilities through word-association tests. The sober group was given the same tests.

Surprisingly, it was the ‘sotally tober’ group that not only showed the greatest creativity in testing but also the quicker response times, generally. The buzzed boys didn’t have to think hard to answer the questions–the answers arrived intuitively.

Experts speculate that alcohol benefits these kinds of cognitive tasks because tipsiness encourages a more tangential thinking style—in a sense, impaired judgment frees up certain areas of the mind. The advantages of the mildly drunk crew weren’t enormous—the drinking group solved 58 percent of the problems, compared with 42 percent in the sober group—and yet there was a significant boost in performance, about 30 percent.

The study’s authors were quick to point out, however, that there’s a vast difference between a few drinks and drinking to Jersey Shore-like proportions.

“We tested what happens when people are tipsy — not when people drank to extreme. There could be no argument from these findings that drinking excessively would have the same effects,” said study co-author Jennifer Wiley in an interview with the British Psychological Society’s Research Digest.

Teetotallers shouldn’t feel bad about their creative capacity, however. Wiley pointed out that being in a good mood or going with a gut feeling can result in similarly creative decision making.