Can a too-healthy diet be bad for you?

It seems I’m not the only woman taking a healthy diet a little too far. A UK study (via Marie Claire) found that one in four women may be following a too-healthy meal plan that robs their bodies of essential iron. 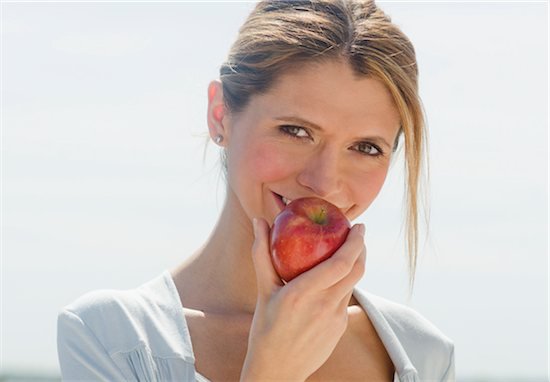 I eat a health-conscious diet that’s high in lean proteins such as fish and chicken, whole grains, fruit and vegetables. So it came as a bit of a surprise this past fall when I noticed I felt exhausted all the time, was an emotional wreck, and my tongue was red and swollen. Concerned, I went to the doctor and found out that my healthy diet was a little too restrictive and as a result I developed anemia.

Anemia is a condition where the body doesn’t have enough red blood cells to maintain proper function. Red blood cells provide oxygen to the body’s tissues and also affects the immune system. Iron is one of the building blocks of red blood cells, so if you reduce your consumption of iron, or if you experience bleeding due to heavy prolonged periods, you effectively reduce the body’s ability to function properly.

Symptoms of anemia include excessive fatigue, sore tongue, dizziness, shortness of breath and an inability to concentrate.

It seems I’m not the only woman taking a healthy diet a little too far. A UK study (via Marie Claire) found that one in four women may be following a meal plan that robs their bodies of essential iron.

Concerned by the numbers of women not getting enough iron in their diets, some doctors are encouraging women to start adding red meat back into their diets more regularly as well as make a point of seeking out other iron-rich foods.

Red meat is one of the better sources of iron–liver being the best source. Other iron-rich foods include fortified cereals, cooked clams, soybeans, whole grains, eggs, poultry, lentils, spinach and kale, oatmeal, raisins and prunes.

How much iron should an adult woman consume daily? On average, it’s recommended adult women between the ages of 30 and 50 ingest 18mg of iron a day. To get an idea of what that looks like in terms of food, a 3 oz piece of liver contains around 9 mg, while half a cup of lentils contains around 3 mg.