Camilla, Duchess of Cornwall, is using her royal profile to draw attention to sexual violence

Ahead of her visit to Canada this July, Leah McLaren followed the would-be queen from Buckingham Palace to Nottingham, where she has spearheaded an initiative to comfort sexual assault survivors in their darkest hour. 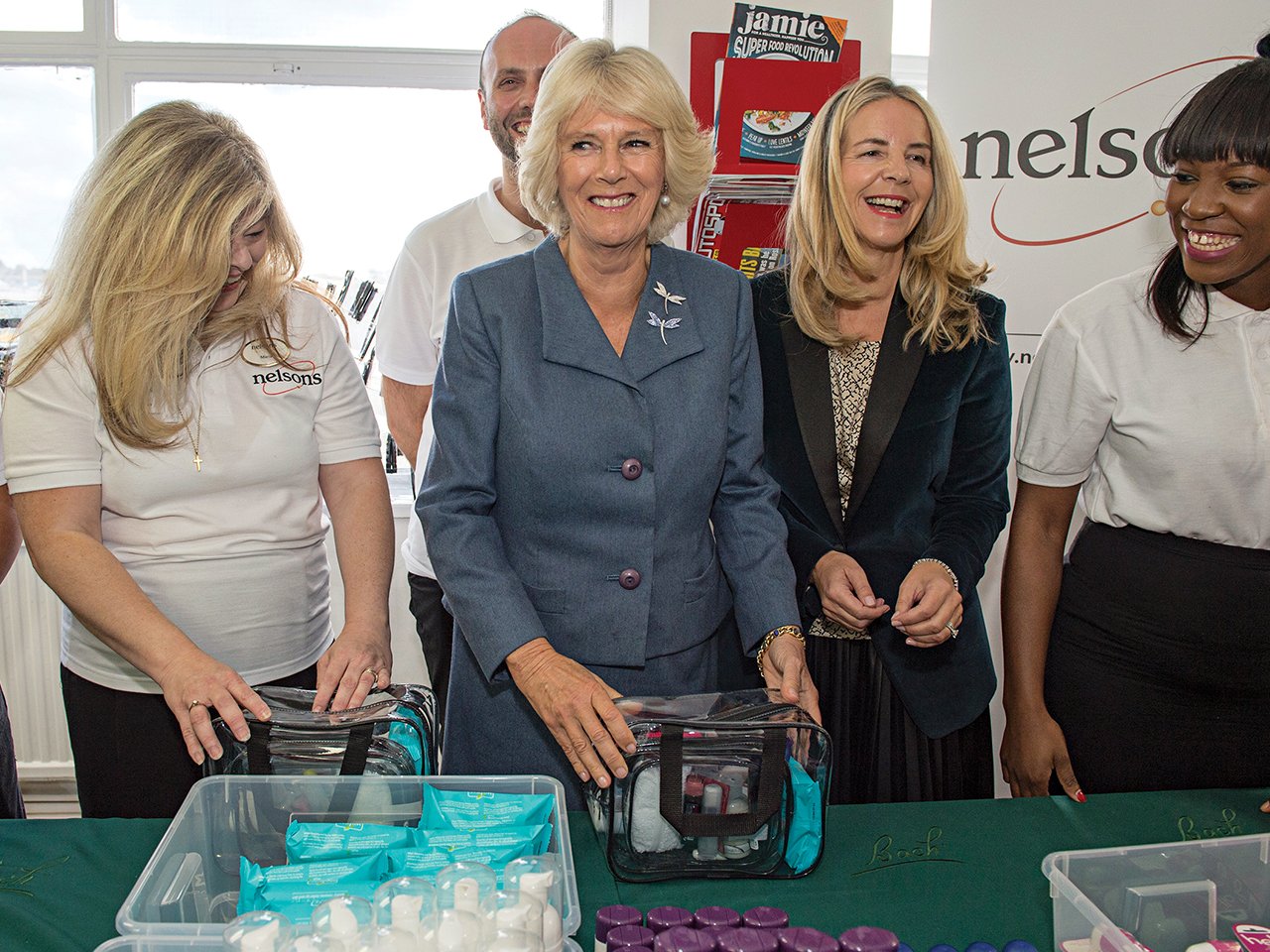 Is the Duchess of Cornwall a feminist?

It’s an interesting question, but sadly one that cannot easily be posed to the woman herself. The 70-year-old royal formerly known as Camilla Parker Bowles doesn’t give interviews, and what she says in private is officially off the record.

These are the sorts of things you learn as a member of the “Royal Rota,” the official name for the gaggle of press who follow members of the Windsor family around to their various charity events, luncheons, galas and ribbon cuttings.

I’m at Buckingham Palace to see the duchess before her upcoming trip to Canada with Prince Charles. The couple, who are poised to become the King of England and Princess Consort (though the British tabloids speculate Charles will officially change his wife’s title to “Queen Camilla”), will be visiting Ontario and Nunavut to celebrate the 150th anniversary of Confederation on Canada Day weekend.

This will be their first excursion to the northern territory, where reconciliation with indigenous peoples will be top of agenda. The trip fits a recent trend in royal tours: William and Kate took up indigenous issues this past fall during a visit to B.C., and were met, as Camilla and Charles are likely to be, with criticism that their efforts are all photo op, no substance — a fair point, given the lack of progress on the real challenges of poverty, mental health issues, violence and discrimination that remain dire in Canadian indigenous communities. 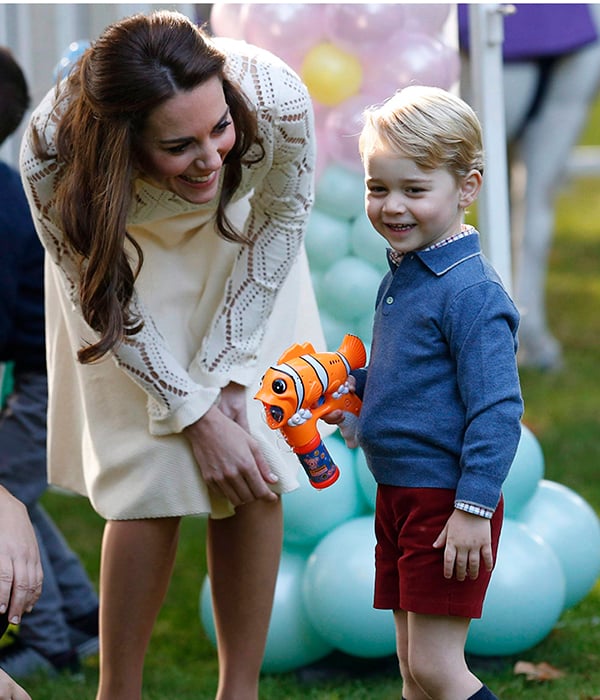 But whatever your feeling on the official role of the British Royal Family in Canada, they’ve clearly made significant efforts in the 20 years since Princess Diana’s death to champion progressive causes and prove themselves to be relevant and in touch, with a useful role to play. Princes Harry and William, for example, recently made headlines by raising awareness about mental health. (Harry con- fessed in a podcast interview that he’d sought therapy in his 20s to deal with the pain of his mother’s death.) Kate, meanwhile, has focused her efforts on helping children whose parents and families are affected by addiction. They all do their bit. And here’s the thing about Camilla in particular: She’s really good at it.

Over the years, her causes have gotten darker and more controversial, even a bit taboo. She’s moved from the safe and conservative realm of children’s charities and agriculture to women’s causes and the little-talked-about issues of rape and domestic violence. Today, she is hosting a reception for London’s Women of the World (WOW) festival, an annual gathering focused on the challenges faced by women and girls the world over.

As the president of the WOW board, she has partnered with Boots UK to develop a line of “wash bags” (or toiletry kits, as we in Canada might call them) to be distributed at sexual assault referral centres (SARCs) across London to victims who have just undergone a forensic rape kit, a notoriously cold, clinical process that ends with a shower. The wash bags, which contain coconut shampoo, moisturizer, a hairbrush and other essentials, are of course no solution, but they are a small, tangible gesture designed to help make a difference in the lives of victims in their time of need, while also drawing attention to the issue. I am assured by her staff that the venture was the duchess’ own idea. 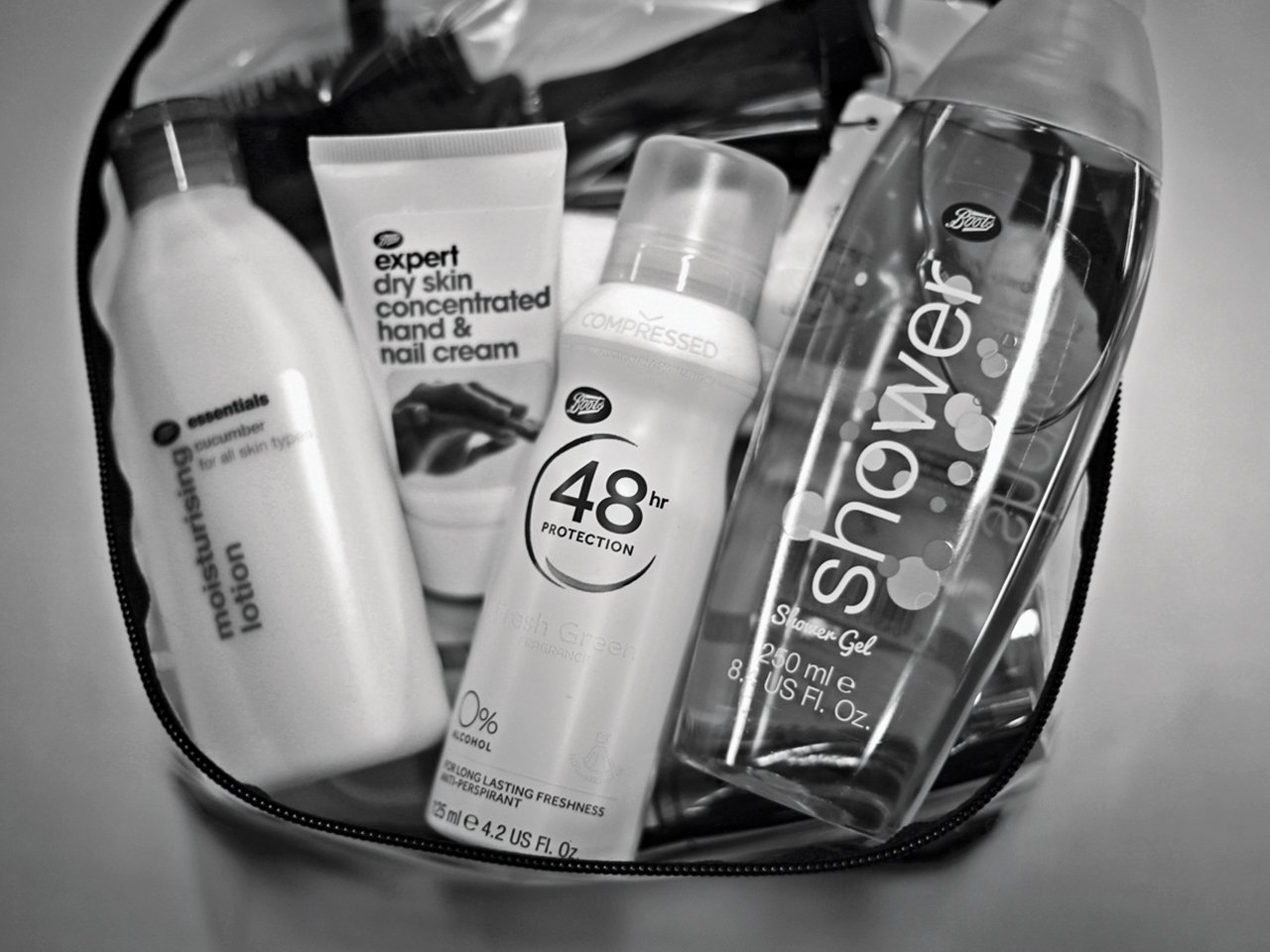 One of 12,000 wash bags given out to survivors. (Photo: WPA Pool/Getty Images Entertainment)

In Britain, 2.5 percent of women and 0.5 percent of men are estimated to have experienced sexual violence in the past 12 months. Of those who report the crimes against them, many will be subjected to a rape kit. “We had discussions with clients who’ve been through the complaint process, and they said they would have appreciated something like this in that very vulnerable moment,” says Deborah Hooton, service manager for the Topaz Centre, a local SARC.

The program is similar to one run by the state of California, called the Grateful Garment Project, which distributes comfortable new clothing to rape crisis centres for victims to wear home after they have undergone a rape kit and (as usually happens) surrendered their clothing to police. In Canada, post-forensic services are rather more practical: four hours of free legal advice.

“But really, more than anything, this program is about raising the profile of the SARCs so that victims feel safe to tell their stories,” says Hooton. “It’s part of a shift toward taking the stigma off victims. More and more people are starting to come forward because they know that they will be supported. Part of that is down to the profile Camilla brings.” 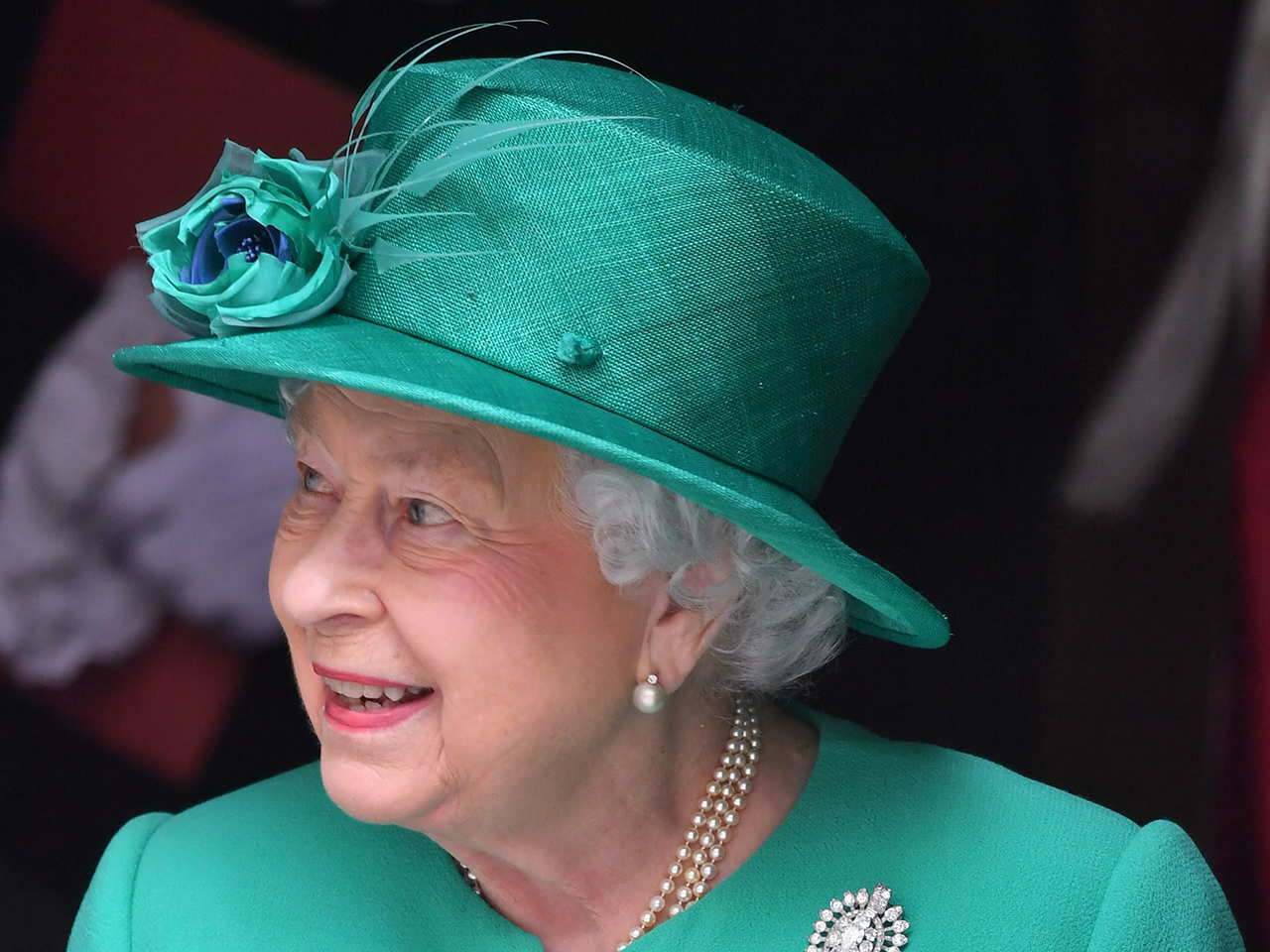 The Queen's go-to nail polish colour is - surprise! - from a drugstore brand

So we are here at the WOW event: guests sipping flutes of champagne in a vast palace reception room surrounded by priceless oil paintings, damask wallpaper and gleaming gilt antiques. It is impossible not to gawk. Almost more dazzling than the venue, however, is the guest list: actor Gillian Anderson, former political wives Cherie Blair and Sarah Brown, environmentalist Livia Firth (wife of Colin) and Sandi Toksvig, founder of Britain’s Women’s Equality Party, among others. Let’s just say if a plague hit Buckingham Palace this morning, upper-crust British feminism would be set back half a century.

The way these things work is that either the royal host stands formally at the head of a receiving line (as at a wedding) or the royals’ staff move through the crowd, cherry-picking guests for impromptu chats with Her Royal Highness. (Yes, they actually call her that; in writing it’s shortened to HRH.) In the clump of women I’m standing with, Phoebe Waller- Bridge, creator and star of the dark and edgy BBC hit comedy Fleabag, is suddenly tapped by a Palace staffer to meet the duchess. She is stricken with nerves, but Kathy Lette, an Australian-British novelist and self-described friend of HRH, tells her not to worry.

“You’ll be fine,” she says. “She’s probably a fan of your show. Just don’t bow or whatever.”

The staffer pretends not to overhear this (terribly common) exchange and silently whisks Waller-Bridge across the room by the elbow. Our eyes wander over to the duchess, who is dressed in a simple cream shift and an enormous pearl-and- gemstone necklace. As the royal PR introduces Waller-Bridge (who plays a depressed, sex-addicted narcissist on TV), the duchess’ face breaks into an enormous smile and they share a laugh. Who knows about what? It’s all off the record. 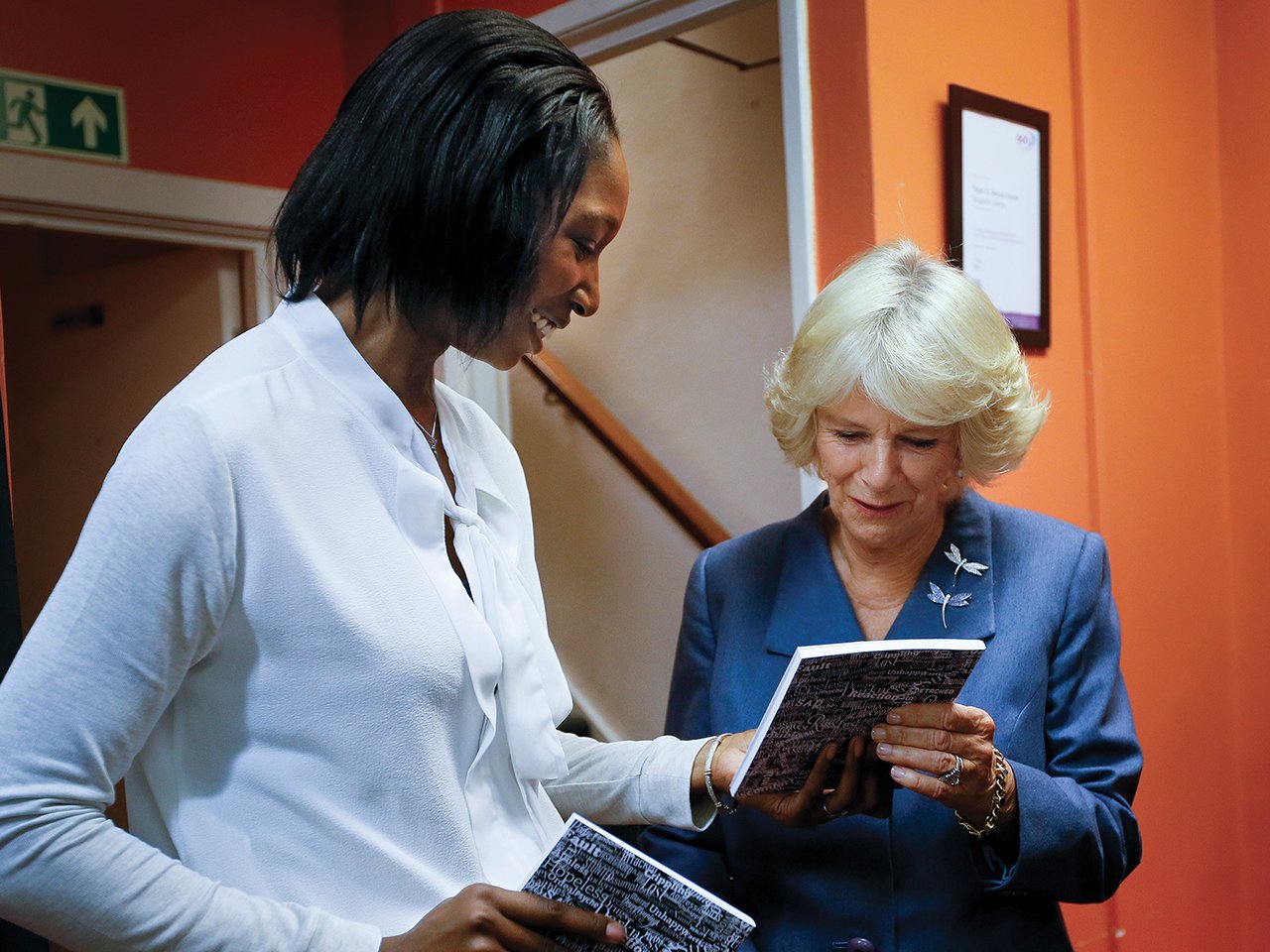 Mia James presents the duchess with a book she wrote about the experience of surviving sexual assault. (Photo: WPA Pool/Getty Images Entertainment)

We may never know if the would-be queen is a feminist, but that doesn’t stop her party guests from speculating. Lette, who is also on the board of WOW, is particularly forthcoming. “Can one really be a feminist and marry into that family?” she asks with a laugh. “I mean, really? But the point is, she’s a woman’s woman. She makes jokes about Spanx. She embraces her age and wrinkles. She’s absolutely real. You’d love her. You really would.” 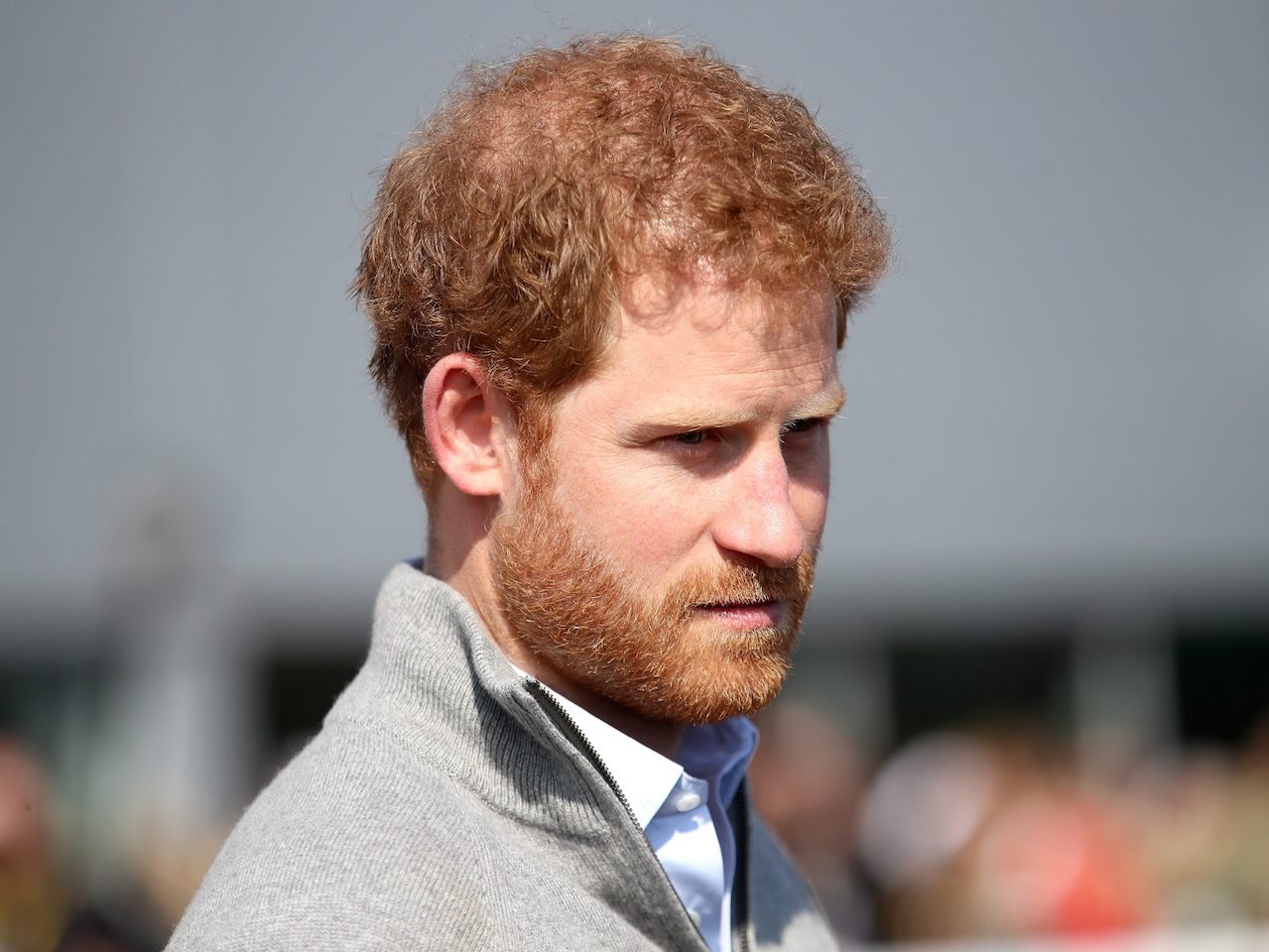 I’ve spent several days watching her from afar, and she’s genuinely engaged, quick to laugh, curious and not a bit stiff. At the end of the WOW reception, I meet Cherie Blair, barrister and wife of the former British prime minister Tony, who says she first met the duchess many years ago when she was still living at 10 Downing Street. “Don’t forget she was a person who lived a regular life in the community before all this,” says Blair, waving her hand around to indicate the palace surrounding us. “And because of that, she understands the concerns of real people. It’s a hard job she has. It’s all profile, no power. But she’s quietly won the hearts of the British people.”

This last observation is certainly on display a couple of weeks later in a packing warehouse at Boots’ HQ in Nottingham, where the duchess is due to arrive for the offcial launch of the wash bag initiative. The assembled crowd of Boots volunteers and executives, representatives from the local SARCs and local dignitaries (decked out in giant gold medallions in the style of ’90s hip hop artists) mill about, drinking tea and buzzing with anticipa- tion in advance of the royal arrival.

The duchess enters, wearing a simple brown skirt suit, and heads straight over to thank the collection of Boots volunteers who have spent weeks packing thousands of wash bags. “Sometimes I think everything would just collapse without volunteers,” I overhear her saying to the Boots women, who beam at her nervously in their company T-shirts. “Volunteers are like the skeleton that holds up the entire country.” 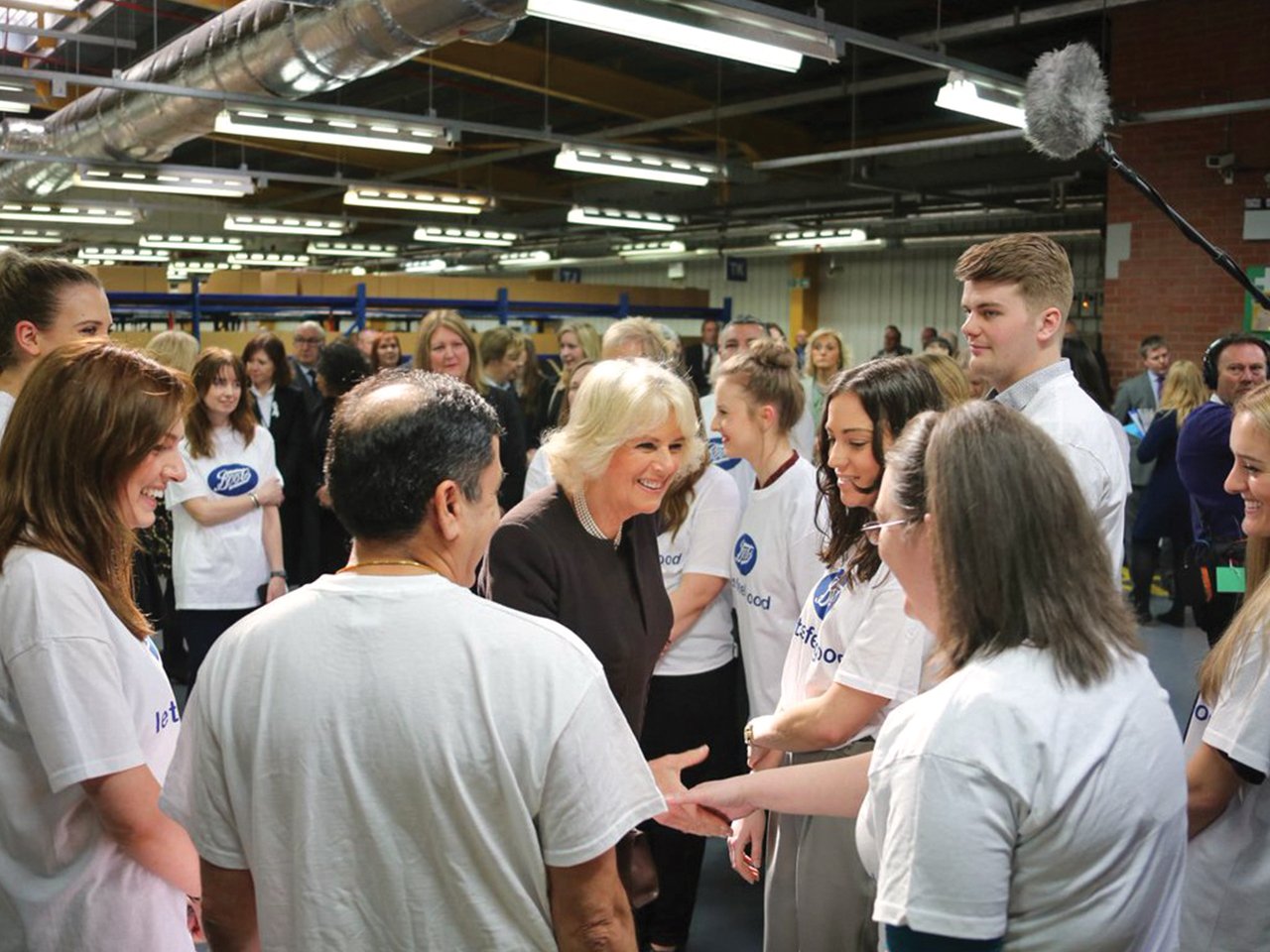 Boots volunteers welcome the duchess to the warehouse where they pack the wash bags. (Photo: Boots-UK.com)

Half an hour later, we are ushered into the main atrium of the Boots corporate office, where hundreds of employees have stopped their work and gathered in the open-air cafeteria with its four floors of balconies to see her. She sets a pair of reading glasses on her nose and launches into the story of how the wash bag initiative came about. “I wanted to find a practical way to offer some comfort to the men and women who’ve been horribly traumatized through no fault of their own.” The duchess gives thanks to the SARCs, which she describes as “one lifeline to victims of sexual violence as they struggle to rebuild their shattered lives.”

The speech, while safe, is also heartfelt and surprisingly urgent in its language. She points out the shocking statistic that only 20 percent of victims of sexual violence actually access a SARC, underlining just how important their work is and how, as report- ing rates begin to rise, their prominence will grow. Here in Canada, StatCan estimates that fewer than one in 10 sexual assaults are ever reported to the police. If she chooses to address the issue during her visit, the duchess will have her work cut out for her. Sexual violence is not just a women’s issue, but its victims are disproportionately female. The Duchess of Cornwall knows this, and she is doing something about it. If that’s not a feminist act, I’m not sure what is.

More:
‘This is my truth’: Roxane Gay’s hard look at her body
Subscribe to our newsletters
‘There are two ways you can deal with this’: Parenting a child through cancer