Call out a sexist and make the world a nicer place, says study

What’s the harm in tolerating a little inter-office sexism every once in a while? The answer really depends on your point of view on what constitutes appropriate work conversation—if not overall human intelligence. 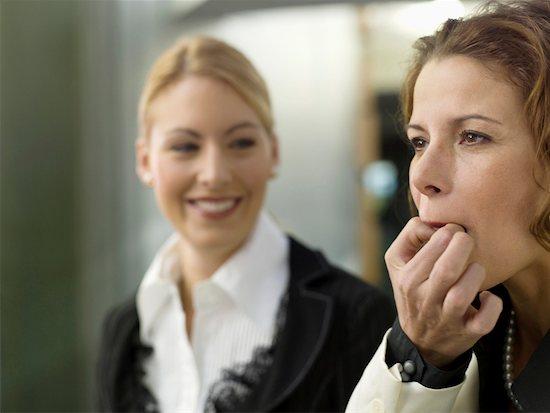 What’s the harm in tolerating a little workplace sexism every once in a while? The answer depends on your point of view on what constitutes appropriate work conversation—if not overall human intelligence.

Recently I listened to an older male colleague complain that a prominent female national magazine columnist was just too unattractive to take seriously. Furthermore, he said, she openly admits that she doesn’t cook.

When I asked him what the columnist’s appearance or lack of culinary interest had to do with the quality of her writing—I’ve never heard a male journalist’s looks or cooking brought to bear on his work (or maybe I’m wrong and Christopher Hitchens makes a mean spaghetti Bolognese?)—he shrugged his shoulders and said “Don’t get all feminist on me.”

It was an awkward moment for us both. I could tell he was embarrassed, and I didn’t enjoy being labelled a feminist for politely asking what a woman’s looks have to do with her professional credibility. I’d like to think most people, regardless of gender, would wonder what the one has to do with the other.

But embarrassment can be a good thing sometimes. In fact, when it comes to questioning the merit of sexist comments directly, it may even make male colleagues better co-workers. Or at least that’s what a recent study (via Jezebel.com) suggests.

On her Forbes.com blog, Heidi Grant Halverson advocates more women pipe up when creepy or just plain dumb sexist comments occur in the workplace. And her reasoning is based on a study that suggests it makes men better colleagues.

Halverson cites a recent study by a pair of Chicago researchers that found that when women confronted men after they made a sexist assumption or comment, the men responded pretty well.

Writes Halverson: “The men accused of sexism smiled and laughed more, appeared more surprised, gestured more often and with greater energy, and were more likely to try to justify or apologize for their remark.”

After the men got the message that offensive gender ideas were off the table, they were more thoughtful in succeeding discussions. The were nicer, and “because they had worked harder to make the relationship work, at the end of the study the men accused of sexism reported liking their partner more than those who weren’t accused of it,” writes Halverson.

Call out a sexist and they’ll like you more? It’s an interesting result. In reality it may be more complex. I don’t know if my colleague wound up liking me more or less after our exchange. All I can say for sure is that it felt good to question his logic and to find there was none at all.