Would you rather buy Whitney Houston’s mansion or a bungalow in Toronto?

A funny question, yes – but given that the asking prices for these properties is roughly the same, it’s worth asking…. 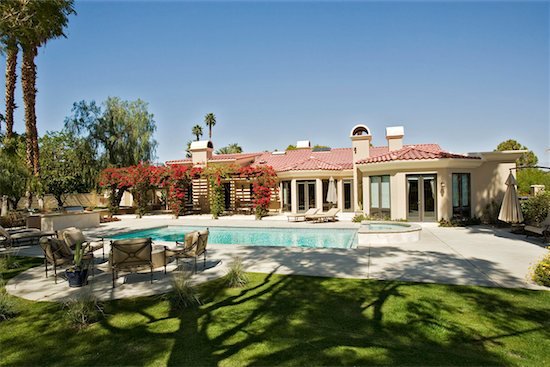 Housing is getting more affordable according to a new report put out by RBC last week: In the last quarter of 2011, homebuyers are benefiting from softening home prices and income gains that make owning a home less of a strain on budgets.

Do you buy the report’s conclusions? I don’t. Economist Ben Rabidoux challenges the math behind the report on his blog in case you want to do some number crunching.

As for me, I don’t think Toronto’s real estate market is affordable – I think it’s insane. Same goes for Vancouver and Calgary, where sky high prices are driving more and more people to sign up for 30-year mortgages with only five percent of the purchase price down. People are leveraging themselves more than ever before to buy a home, devoting a greater portion of their budget to paying a mortgage and putting less aside for things like retirement savings (not to mention vacations and other fun stuff).

If you think Canada is in the midst of a housing bubble then you’ll love FML Listings, a new blog started by a frustrated would-be homebuyer in Toronto. Blogger Melissa Hart pokes fun at the asking prices of rundown bungalows in neighbourhoods like Toronto’s North York, where sellers of a three-bedroom are asking $1.5 million. She compares that to the asking price of Whitney Houston’s New Jersey mansion at $1.75 million. Or Paula Abdul’s LA mansion for about the same price.

Think about it — would you rather spend a million and a half dollars on a bungalow on a busy street or buy yourself over 12,000 square feet of mansion on five acres of land with a 1000 square foot garage? Or a big house in Beverley Hills…or Miami? There are plenty of comparisons on Hart’s site. FML Listings is a lot of fun – and it’s a good dose of reality for crazy times.

What about you? Do you think the real estate market in Canada has gone crazy?