In the struggle between leaning in and being the perfect mom, women are reporting high amounts of anxiety about stepping away from work. 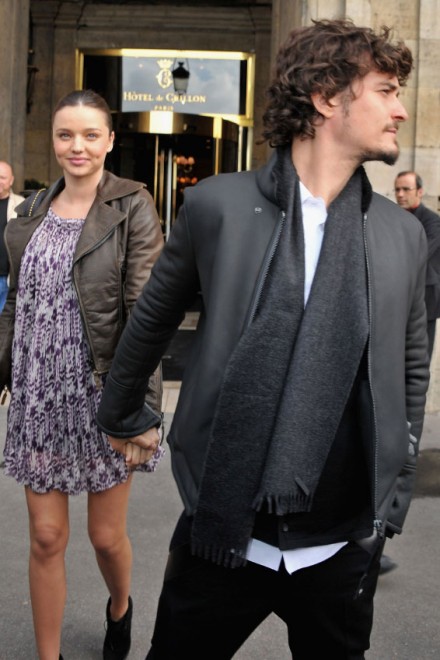 Miranda Kerr (seen here expecting in 2011) famously took a mere three months off after the birth of her son before hitting the Victoria’s Secret runway show. Could fear of being replaced been involved (Photo by iStock)?

Women just can’t win in the fertility stakes. When they fail to conceive, they’re justifiably heartbroken. But when they do get pregnant, they’re wracked with worry about the viability of their careers post-pregnancy and their limited finances during maternity leave — or at least that’s what a new U.K. study (via The Cut) reveals.

When a baby feels like a black mark on your resume, the news isn’t good. But that’s precisely how many educated professional women are feeling. According to a survey conducted by a mat leave recruitment firm in the U.K., more than 70 percent of women fear that pregnancy is a career liability.

An even higher percentage felt that pregnancy threatened their chances of receiving a promotion.

Half of the 1,300 women polled went even further. They said they would go so far as to conceal or lie about being pregnant if they felt they were up for a promotion or new job.

But before working women sink deeper into their pricey office chairs in utter despair at what appears to be an impossible-to-win struggle between biology and ambition, there is some encouraging news.

The survey is intended to draw attention to the plight of working women, and in so doing, encourage more open and direct communication between women and their employers. In the best of all possible outcomes it’s meant to advocate for more compassionate and progressive workplaces.

To foster greater bonds between a mother and her baby by adapting work schedules and introducing more flexible work environments; to allow women or their partners to work from home during the pivotal years of a child’s development — those are just two conversations that we all could benefit from having. Both seem a lot more sensible than ignoring the real concerns of an enormously capable and accomplished workforce.

Were you anxious about going on mat leave? Tell us what the reality was once you were there in the comment section below.