Why she thinks Wikimedia is so important

Sue Gardner has always had big goals. Her latest project? To contain and share all human knowledge on Wikipedia 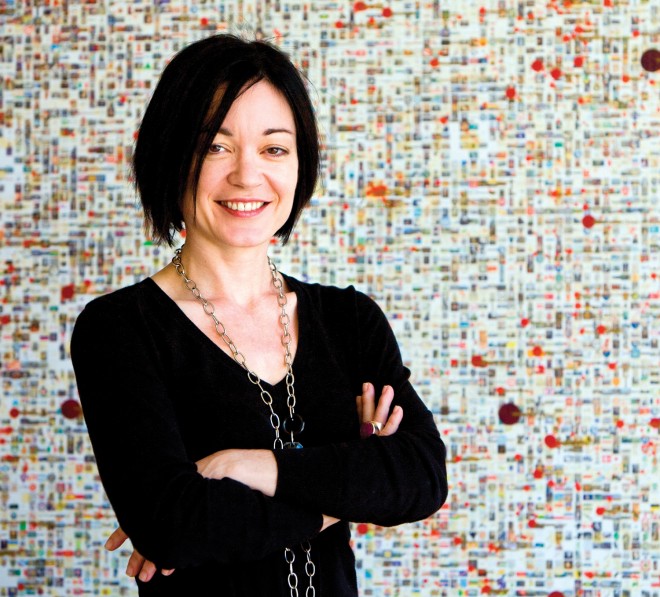 Q: How did you get to your current position?
A: Through a strange set of coincidences: I was a journalist for 17 years and was asked to participate in the Judy Project, a retreat for women in leadership positions, run by the University of Toronto’s Rotman School of Business. One exercise had us thinking about our next obvious career move and one that was a completely insane option. At the retreat, we didn’t have access to television or radio, so I was tracking the Virginia Tech shooting on Wikipedia and found myself very impressed by its coverage — and then I saw a posting for the executive-director position. Someone suggested I ditch the next session and apply for it. It’s the smartest move I’ve ever made. Somehow I social engineered getting the outgoing director’s cellphone number. He shone with integrity, passion and goodness as he talked about Wikipedia, and I thought, “Wow. I’ve got to be a part of this.”

Q: Why is free information so important?
A: Information is the currency that allows people to live good, fulfilled lives. It’s that age-old principle: An informed population is a smarter and better population.

Q: Do you add new entries to Wikipedia?
A: The other day I stumbled across a word describing an Indian practice of putting a gold chain around a child’s waist as part of a naming ceremony. I searched for it and found the article didn’t exist, so I wrote an entry. After I uploaded it, somebody immediately added a photograph and someone else added a citation. It’s a great feeling to start something and have others join to fill in the blanks.

Q: What’s the best part of your job?
A: I get to work with the smartest people.

Q: And the worst part?
A: Because I’m liaising with people in multiple countries and time zones, it enables me, if I want, to work 24 hours a day, seven days a week — and apparently I want to, because I have absolutely zero work-life balance.

Q: Who keeps Wikipedia going?
A: We don’t want to monetize your eyeballs, so we rely on donations. My favourite came from a girl in England who sent her allowance of £5.

Q: What do you think the future holds?
A: Over the next decade, I want the internet to continue to fulfill its promise to democratize information. I worry about censorship and commercialization. Right now, the internet is transformative and disruptive. Judging by history, we tend to take a shining promise like that and piss it away.

Q: So how will Wikipedia help keep that promise?
A: Part of its charm is that it’s clunky and handcrafted. And that’s not an accident. Wikipedia will get significantly more user-friendly, but our main goal will remain the same: to contain the sum total of human knowledge.