Why it's OK to splurge on life's little indulgences

A financial expert gives us permission to enjoy our morning latte and weekly manicure! 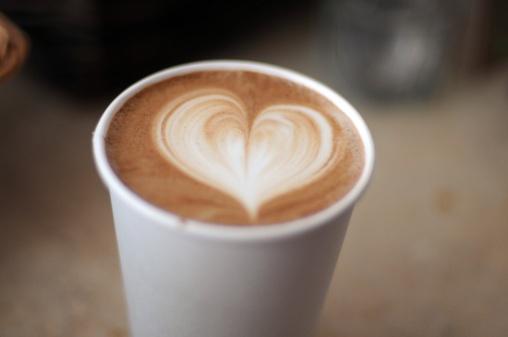 Good news: You can stop feeling guilty about buying that $3.98, no-fat, half-decaf latté on your way to work each morning. It turns out that your pricey coffee fix is possibly giving you a happiness buzz that’s worth every penny.

This advice flies in the face of the typical teachings of financial advisors, who tell us to nix small purchases and throw that unspent money into savings instead. Just a dollar a day for 20 years, earning six percent interest, will grow to be worth about $14,000, right?

Spend it wisely
We’ve all read numbers like these, and to be fair, it’s important to save money for retirement — especially if you want to keep enjoying those lattés into your golden years. But there’s also something to be said for spending the cash you earn today on things you want today. That’s because how you spend your money is possibly more important to your happiness than how much you’re making in the first place.

According to research conducted by Elizabeth Dunn, a social psychologist at the University of British Columbia in Vancouver, and her team at UBC and Harvard Business School, mindful consumption is the way to go. In other words, think before you buy.

“Money doesn’t seem to provide as much happiness as people expect, so instead of focusing on how much we’re going to earn, maybe the best thing people can do is to think carefully about how they’re going to use what they’ve got,” she said.

So what exactly will give you the most bliss bang for your buck? The little things.

Dunn’s research now tells us that big-ticket items like cars and houses actually give us less total pleasure than splurging on small luxuries more often. It turns out that when people buy, say, a new sofa, they might love it for the first six weeks, but after a while that piece of furniture blends into the room. Scholars calls this phenomenon, “hedonic adaptation.” People adapt to things around them, both good and bad. But spending money on your morning latté, or grabbing a sushi lunch with friends every Wednesday, can combat hedonic adaptation because it’s harder to adapt to numerous, smaller purchases.

There may be one other reason a monthly manicure reaps more contentment rewards than a major home renovation: It doesn’t come with the sticker shock and debt stress. After all, it’s hard to feel comfortable in your new kitchen if the reno bill makes you want to toss your cookies.

The value of experiences
Have you walked into a drugstore or grocery store lately and seen those gift cards good for a weekend in wine country or a hot air balloon ride and brunch? They’re on to something. Studies now tell us that it’s better to buy an experience than a physical object. A new sweater is sweet, but a vacation creates memories to last a lifetime. Not only that, but other research shows that even after a bad vacation, people seem to remember the missteps and mini disasters through a rose-coloured lens.

Spread the wealth
As weird as it sounds, giving away money feels good. “We see that people who spend money on others are actually happier than people who spend money on themselves,” says Dunn, who had her team give out $5 and $20 bills to strangers with a directive. Some had to spend the money on themselves, while the remaining people had to spend it on someone else. Those who bought their friends a drink or a little toy for a sibling that day reported greater levels of overall happiness.

The moral here? Trade in retail therapy for massage therapy. Even better, pay for your best friend and experience a stress-busting back rub together.

FILED UNDER: budget save