Why adult kids who are living at home should pay rent

I have a lot of degrees — I spent the bulk of my 20s at school earning them, scraping by on scholarships and extra money I earned through a string of part-time jobs. 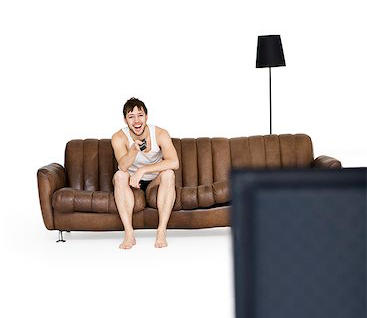 I have a lot of degrees — I spent the bulk of my 20s at school earning them, scraping by on scholarships and extra money I earned through a string of part-time jobs.

I had another important source of support during those years: my mother. No, she didn’t pick up the tab for my education, but I would spend months at a time living at her house and eating her food when I was between degrees, and during the dark and demoralizing months I spent looking for an academic job at the end of school.

During that time, my Mom gave me a 100-percent free ride. I didn’t pay rent, I never kicked in money for food. I never offered to pay the phone bill. Or any bill, for that matter. And my Mom never asked.

But it mattered to her — years later, she finally admitted how upset she was that I never gave her any money. Not because she needed it — but because she didn’t feel that I valued or appreciated how she was helping me. After all, it’s not like I was broke: I always had some kind of job or scholarship. The least I could have done was pick up some groceries once in awhile.

Had I paid even a small amount of money to her every month to contribute to the household expenses, it would have been good for both of us.

Of course, what I experienced with my mother is all too common these days — the unemployment rate among young Canadian workers is depressingly high. That means more and more adult children are moving back home to live with Mom and Dad while they look for work. It’s called the Boomerang phenomena — where parents find themselves once again supporting kids they thought they’d pushed out of the nest when they went off to university.

If you have boomerang kids at home, take my advice: make sure they contribute financially, whether it’s paying some form of rent or picking up the groceries on the way home. Doing this will go a long way toward building goodwill between you and your adult kids. Contributing financially is not just a sign that you’re now a grownup, it’s a sign of respect. And it will teach your adult kids an important lesson about financial responsibility for the future — after all, they can’t live rent-free forever, right? They might as well learn that reality sooner rather than later.