It’s an age-old tale: One partner is good handling money, the other not so much 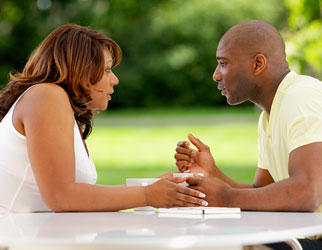 I get about a dozen letters a week from men and women complaining that their partners keep torpedoing their attempts to save. Let’s take Halley and Paul as today’s example of a couple clearly not on the same page.

Halley is a saver, Paul is not. Every time Halley manages to squirrel away $10,000, Paul sees it as a windfall and books a vacation, buys a new toy or runs up his credit card on dumb stuff and turns to Halley with puppy-dog eyes.

Paul’s problem: he’s got no self-control. Perhaps he’s never seen that much money all in one place and he feels “rich.” Halley’s problem: Paul.

If Halley wants to keep Paul’s sticky mitts off the money, she may have to spread the savings around so Paul never sees it as a big enough pool to feel “rich.” Or she can lock it away in investments that can’t be broken so Paul can’t get at it. Of course that won’t stop him from buying now knowing that Halley will bail him out later. So maybe the big solution is for Paul and Halley to have a serious talk about their money and negotiate their differences.

While Halley may want to save a whack of cash each year, if Paul feels it’s at the expense of having a life, he’ll continue to buck. But if Paul’s spending keeps Halley from hitting her saving goals, she’ll grow resentful. They have to come to an agreement: Paul gets to have a little of what he wants as long as he doesn’t throw Halley’s plan off track. If he does, he knows what the consequences will be because in their negotiation, she’s made this clear.

What should those consequences be? Hey, I’m not about to wade into that discussion. Just imagine what I’d say…