Tips for giving your kid an allowance

When I was a kid in the 70s, my folks gave me an allowance of $1 a week and I could do what I wanted with it. I would save the dollar bills in this orange plastic wallet and watch it get a bit fatter week after week. 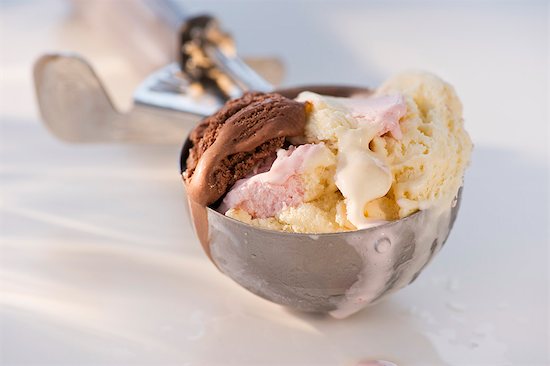 When I was a kid in the 70s, my folks gave me an allowance of $1 a week and I could do what I wanted with it. I would save the dollar bills in this orange plastic wallet and watch it get a bit fatter week after week.

One hot sunny day, I decided to blow it all on a massive ice cream sundae at Baskin Robbins, aptly called The Matterhorn because it had SEVEN (!) scoops of ice cream. I handed over all my money and by the time I was through two of the scoops, it was on its way to being a melted mess in the heat. Yuck. It ended up in the garbage.

I count this as my first ever money mistake – experienced thanks to my parents and my allowance. My lesson – don’t put all your money into something that can melt away in less than one hour!

For a lot of kids, an allowance is the first exposure they get to cash management. It’s their chance to save and spend from their own stash of cash – and it’s a great tool for teaching them how money works. If they decide to blow it all on an ice cream sundae, like I did, then it’s gone and they have to start saving all over again.

How much you give and when you start varies from family to family. But there are a few rules of thumb:

Start early: I think you should start giving your child an allowance as soon as they can point to something and say, “I want that!”

Base it on their age: When it comes to giving an allowance, it really depends on what your family can afford, but you could tie the amount of allowance to your child’s age – i.e., $1 per year, five years = $5.

Don’t tie it to household chores: Some experts say you shouldn’t tie your kids’ allowance to basic household chores and I tend to agree. I think these are just part of family life and shouldn’t have a monetary value attached to them. If your child wants the chance to earn additional cash above and beyond the allowance, you can make up extra jobs around the house, like cleaning out the basement, landscaping/gardening work, or painting jobs.

Help them divvy it up: Giving an allowance is an opportunity to teach your kids how to handle money, so encourage them to divide their allowance up into three categories: saving, spending, and giving. That way they can learn how to set financial goals and the importance of giving to others in need.