Five ways to save money during the recession 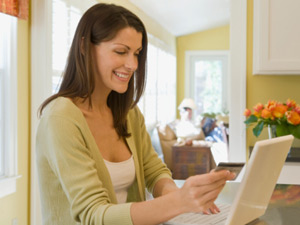 Saving money doesn’t have to be a chore; many women are finding their new frugal habits are more like hobbies. Here are five creative ways to cut back.

1. Join a money club
The recession’s made us all face the truth about our finances. Money groups, where five or six friends get together once a week or month to talk through their dreams, challenges and progress, are the social solution for some. The Smart Cookies, five Canadian women who started a now-famous money club in 2006, explain on their site that they’ve “become best friends since [they] started meeting.” We also suspect it’s because group support has been proven to help people break other bad behaviours, such as smoking and overeating. Tanya Parlee, who runs a club in Port St. John, B.C., says a lot of what her group provides is help with the emotional side. “Everybody knows how to do math. But you’ve got to change your habits,” she says. “It’s more human nature than money.”

2. Go green(er)
A few years ago, being good to the planet meant buying carbon credits. Now, going green is often centred around saving it: Lowering the bills by weatherproofing homes; growing gardens on community plots or in your own backyard to get organic (and truly local) fruits and vegetables; and driving less by biking or walking. Saving cash while getting in shape – we can see why it’s popular. To get inspired to run your errands on two wheels sign up for a fundraising bike ride with a buddy for the end of the summer. Or, if you’re more of a foodie, just start planting.

3. Do it yourself
When people are trying to save cash, they cut out non-essential, major purchases first, says Tom Crawford, an economist with the Consumer Confidence Board of Canada. After all, he says, “A lot of spending is going to happen no matter what: Cable, groceries, haircuts.” Women are saving on everything else by getting crafty: They’re painting and slipcovering their furniture instead of replacing it, learning to sew, and making their own gifts. Many are resurrecting crafting guilds and “stitch and bitch” knitting circles. For inspiration, turn to the craft ideas on Chatelaine design editor Andrea Ford’s blog or check out the budget section of the Canadian design blog Poppytalk.blogspot.com.

4. Become a super-shopper
When you don’t have the time (or, let’s be honest, the skill), to make it yourself, it’s time for the bargain-hunting to begin. (Did you think Wal-Mart’s stock has stayed so high for no reason?) From discount grocery stores to clipping coupons, bargain hunting is decidedly back. Alison Kelly, a project manager in Toronto, perfected her shopping skills while planning her wedding last year. Inspired by the advice on Frugalbride.com, she found flowers on Etsy, the online craft market; directed RSVPs to a website to save on postage; sent out post-cards as thank yous (at $6 for 200), and found a videographer for next to nothing on Craiglist. “I was very honest about how much we were willing to spend, but very flexible at the same time,” she says.

5. Start bartering
When you buy a product off the shelves, you’re also paying for GST, the markup and the snotty cashier’s salary. That shirt might be worth it – or not. Women are bartering their goods (and skills) on websites like Craigslist and Freecycle, getting great deals on furniture, clothing and more. But, once again, we think the best version of this frugal habit involves a party. Swap events, also called swishing, lets friends gather together with good clothing they just don’t wear anymore. Consignment stores are also hosting parties, as are people like Lisa Wanner, who arranged a swap event called Girl’s Day Out in Hamilton, Ont. this spring after staring into her closet one morning and realizing, “I’m tired of look at all these clothes.” She’s in it for the clothing, but thinks the timing will help the event. “I’ve been frugal pretty much forever. But with the economy the way it is, I’m watching how I spend even more.”