The sandwich generation: Why one in five are struggling

Caught in the middle supporting your elder parents and still-at-home children? Turns out you're not alone. 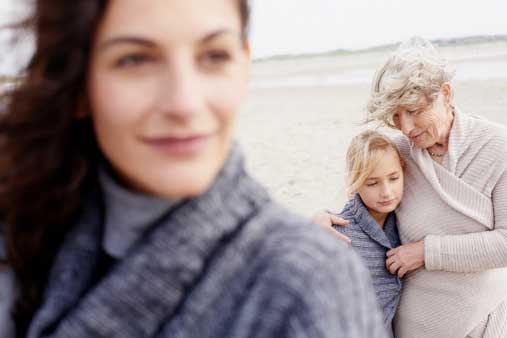 There are certain expectations that affluent middle-class North Americans have of life, a familiar performance trajectory. It goes something like this — work hard, obtain a solid education, get married, have children, work hard, raise them to become self-sufficient adults, work hard, save money, plan, work harder until the proscribed day of release comes and you slide effortlessly into a long and serene retirement, and working hard officially becomes something else that other people (your kids for example) do.

Life, however, seems to have an idiosyncratic mind of its own, characterized by a love of irony and a slightly sadistic sense of humour.

The Globe and Mail recently featured an article highlighting the plight of the so-called sandwich generation — those of you who wake up most days feeling like a soggy sheet of pastrami between two slices of rye will appreciate the analogy — baby boomers, mostly, who find themselves at the mercy and service of still-dependent adult kids, a demanding employer and increasingly helpless parents, one or more of whom may or may not have broken a hip after falling from the top rung of a ladder.

Take heart. You’re not alone. One in five professionals in Canada, according to the Globe, are supporting physically, emotionally and very often financially a younger person and an older person — very often that younger person is your 35-year-old unemployed daughter who has reclaimed her childhood bedroom for herself, her two-year-old and a pug with personal hygiene issues. Oh, and she only eats organic and insists on natural fibres.

The reasons are multiple and manifest — women, the traditional caregivers to young and old family members are now key members of the workforce, adult kids can’t find jobs, and the economic crisis has put employers in the catbird seat, which means you’re working more hours for less reward and (good news!), we’re all living longer.

Knowing why you’re burnt out and stressed to the breaking-point doesn’t make it any easier to give up that dream of an extended cruise through the Caicos to pay your son’s overdue tax bill but maybe it’s time to dream a different dream.

After all, you have your own broken hip to look forward to.