The Bank of Mom and Dad

Our children are the apples of our eyes. So what happens when they become our biggest moochers, our tickets to bankruptcy? 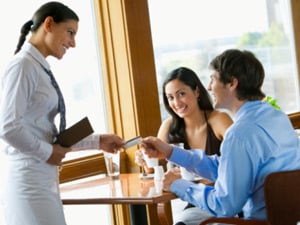 Sara Drake* and her husband, Phil, consider themselves a pretty successful and financially secure couple. Because they don’t have the monetary worries that many others do, the Winnipeg-based parents have happily paid for half of their 22-year-old son’s university tuition, allowed him to live at home rent-free and have even given him the cash to cover costly items like plane tickets when he has asked them to. Mom and Dad Drake have also been supporting their 24-year-old daughter, who moved out of their house at 19, by giving her money for rent, airfare and food; they even pay her monthly cell phone bill. And now, though they’ve already spent several thousands on their grown children, they’re talking about taking out a mortgage and buying a house for their son and his girlfriend. “We didn’t get help from our parents and have always stood on our own two feet,” Sara says. “But times are different now — this economy makes it harder for kids to be self-sufficient.”
By the time your kids are old enough to leave your nest, you’ll probably be like the Drakes and many other Canadian parents today. A study released last January by the Investors Group says that a whopping 60 percent of Canadians aged 43 to 63 fork out almost $4,000 on average each year to their adult children. Wondering what’s in store for you? Today’s boomers blame it on costly expenses such as tuition, rent, cars, weddings and first-home down payments.
What’s more, 39 percent admit that spending their hard-earned bucks on their adult kids, while supporting their own ageing parents, has interfered with their retirement funds; 24 percent say their once comfortable lifestyle has been compromised and 22 percent have a child 19 or over still living under their roof (more than half of whom don’t contribute a dime to household expenses). A quarter of those surveyed admitted to being bugged that their offspring needed to be rescued financially.
The rising cost of schooling and an economy that has made it harder to get (and keep) a good gig has parents opening their wallets more than ever before. But if you’re trying to figure out how much money you’ll need to help your kids pay for all their grown-up expenses, some financial planners insist you’re better off planning your retirement. “Paying for adult kids is totally out of the question in this day and age,” says Judith Cane, a financial advisor in Ottawa. “We’re creating a generation of financially illiterate people.” So how can you help your kids without diminishing your nest egg? How do you set limits on withdrawals from the Bank of Mom and Dad?

Assess your financial situation
Before sharing your dough, take stock of your bank account. It’s perfectly natural for parents to want to help their children get out on their own — just don’t jeopardize your lifestyle or retirement to do it. “Life expectancy is on the rise and people don’t realize how much it costs to live to 95 or 100 years old,” Cane says. “Look at what you can afford and consider your long-term situation.”
Vancouver-based wealth advisor Rhonda Sherwood agrees. “Giving or lending money should not affect your ability to cover your essential monthly costs — mortgage and loan installments, utility bills and groceries — or lifestyle costs like entertainment and hobbies,” she says. “You shouldn’t be going into your line of credit or borrowing against your credit cards to help out a child.” If you know you want to help your student with their post-secondary education, plan as early as possible. “Setting up a registered education savings plan (RESP) will show your kids you’re supporting them early on,” Cane advises.
As soon as your little one has a social insurance number, you can open an RESP at your bank or through your financial planner. Take advantage of the Canada Education Savings Grant; the government matches a percentage of your RESP contributions, kicking in up to $600 each year per child, depending on your income. Says Cane: “The bottom line is that you shouldn’t be eating Kraft Dinner every night just so your kid can go to university out of town.”

Assess their financial situation
While many parents agree to pay for their child’s tuition and living expenses while in school, they won’t foot the bill for fancy extras like a big-screen LCD TV or a trip abroad.
Laura Bridgeman* and her husband, Frank, have agreed to pay for university for each of their three teenage boys, who are 15, 17 and 18. “I think that helping with tuition and a vehicle is fine as long as they’ve put in 100 percent effort,” she says. The couple, from a small-town northern Alberta, spent about $12,000 last year on their kids’ car insurance, rent for their oldest son (who’s on a scholarship at a university five hours away), clothing and food. “We are hoping that with a good education, they will land substantial jobs and pay their own way after university.”
Many parents agree with the Bridgeman’s philosophy on what they will and what they won’t support: They’re willing to pay education-related bills but feel their kids should be financially independent upon graduation.
Victoria-based parent Patricia Fraser* chose to help her 26- and 24-year-old kids with their educations, too, and doesn’t buy into the notion that parents should spend their money on post-school expenses. “A wedding, for example, comes under the category of a want, not a need. It’s a frivolous extra that I wouldn’t pay for. The same goes for a down payment. Home ownership is not necessary in order to get by in the world.” Fraser says.
Rosemarie McKinnon, a certified financial planner in Guelph, Ont., says that while making the decision to pay for a wedding or contribute to buying a home are sometimes culturally driven, parents should always consider their help a choice, not an obligation.

Help, don’t enable
Offering to get a clunker for your out-of-work son who needs to get from A to B might be helpful, but letting him pick out a sporty new Lexus is enabling. It’s the parents’ responsibility to teach their kids financial independence, and the experts say you’re only supporting their dependence if you allow them to live beyond their means.
Sherwood recommends asking these questions before you pony up: Are your children up to their ears in debt? Have they prepared or saved for the purchase? Will they appreciate and value the purchase?
“At some point, the gravy train has to come to a halt,” says Susan Stephenson, a Toronto psychotherapist. “These days, we don’t want our kids to feel any financial burdens; we act as their safety nets. But people learn by messing up. And we’re not giving our kids the opportunity to do so.” Not only can you help them learn important lessons by refusing a request for money, you’ll help them feel a huge sense of accomplishment in buying that first car all on their own. “We teach kids to wipe front to back and blow one nostril at a time. Being financially independent is a life skill we need to teach, too,” Stephenson says.

Attach strings
If you’re choosing to help out, don’t be afraid to make your terms clear: Tell your child how much you’re giving them, what they’re to use the money for and if and when you need it repaid. Don’t forget to share your expectations, too. If you’re giving your daughter money for rent and not a new handbag, make sure she knows that.
Ottawa-based parent Jen Scott* and her husband, Rob, have made sure their kids, aged 23 and 18, understand that if they slack off at school and fail a course, they pay to retake it. The Scotts will spend about $28,000 this year on their kids’ tuition and living expenses. “Giving our kids a debt-free education is a true gift. They, in return, realize that if they stop working hard, the gift won’t continue,” Jen says. If you’re lending a substantial amount of money, you have to think like a bank, Sherwood says. “Consider if it’s a smart financial move, if your children are a credit risk and whether or not you’ll ever see the money again.”
Sara Drake hopes her kids will be off the family books and worrying about their own bank balances by the time they’re finished school. “I certainly hope we won’t be helping them financially when they’re 30, but in these times, you never know.” The Drakes have spent approximately $6,000 on their grown kids over the past two years. “It would have paid for a pretty nice vacation for us, but I’m confident that our turn will eventually come. In the meantime, we may have to reassess our assistance when we retire and can no longer afford the extra funds to help them out.”