Money expert and author Beth Kobliner shares her best tips for teaching kids about money from her latest book, Make Your Kid a Money Genius (Even If You’re Not). 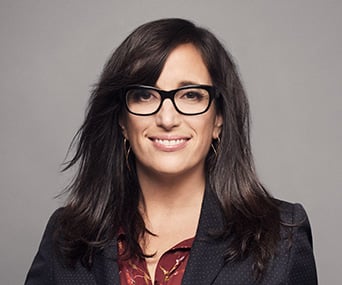 Did you know that parents are the number-one influencer of their kids’ financial behaviour? If you’re reading this and are a bit worried because you’re not the greatest with your money — or you’re not exactly sure how to approach the subject of teaching kids about money — don’t panic! There are many ways to make your kid money smart, and that’s exactly what journalist and commentator Beth Kobliner’s latest book, Make Your Kid a Money Genius (Even If You’re Not), is all about.

In 2010, Kobliner was selected by Barack Obama to be a member of the President’s Advisory Council on Financial Capability. There, she created the website MoneyAsYouGrow.org and in doing this, it allowed her to research what kids can and should know about money. Since then, she’s also worked as a content advisor for Sesame Workshop’s financial education initiative For Me, For You, For Later. Here, she offers parents tips on exactly how they can teach young kids about money. 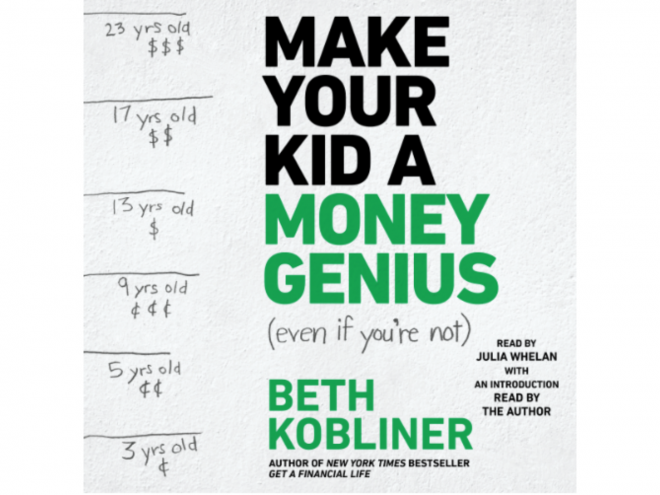 1. Get over being uncomfortable when talking about money with your kids
Talking about money, says Kobliner, is the last remaining taboo. “Teaching kids the basics of money nowadays is important to help them get a better sense of what’s around them,” says Kobliner. “This will give them the confidence they’ll eventually need to save, get out of debt, and invest.”

There are different techniques to use that will stick with kids, such as using anecdotes when you launch into lecture mode. In her book, Kobliner cites an example of a neighbour who saved religiously for 10 years, putting aside one percent of every paycheque so he could buy his dream fishing boat. And if you’re math-phobic, you’ll have to get over the fear of talking with numbers. Using figures will make an impact on your kid. Kobliner also says parents of girls should make sure they talk about money as much as they do with boys. “Studies say sons express more confidence about money,” she says.

2. Start talking about money early
What age do you think you should start teaching your kid about money? Start earlier than that, says Kobliner. You don’t have to go to extreme lengths to do it, either. “Everyday moments in life can be used as teachable moments,” she says. Toddlers are eager and observe actions like swiping credit cards, pushing button at the ATM, or looking through a wallet to pull out money. Instead of just being amused by their curiosity, Kobliner says it’s important to teach toddlers about where money comes from and how you pay for things. In the age of being able to pay for things with a tap of your phone, kids are less likely to grasp what’s happening, says Kobliner.

3. Be straightforward with your kids, but don’t overshare
One of the most basic rules when it comes to teaching kids about money is to not lie to them, says Kobliner. “When a child says they really want something at the store, it’s natural for busy parents to steer away and just say they don’t have their wallet on them,” says Kobliner. “In this scenario, parents should be straightforward and say ‘I don’t think we need to spend that money right now’ or ‘today’s not the day to buy that.’” Even if giving in to your kid’s needs a couple of times seen like a little thing, they add up. And if you say you can’t afford to buy her that toy but later pull out a credit card to buy something else, your kid won’t trust you later on. In her book, she also touches upon how parents shouldn’t lie about their money past, but it’s important not to overshare, either.

Related: Do I need a financial advisor?

4. Teach them self-control
Teaching kids to wait for what they want is key. “There’s a study that says that if a child’s self-control isn’t strong and you give in, over time, that child is more likely to misuse credit cards,” says Kobliner. A regular allowance can teach kids these concepts.

5. Play the wants vs. needs game
It may seem obvious to adults, but preschoolers don’t always know how to distinguish things that they want and things that they need. Kobliner says this simple-but-crucial distinction is the foundation for teaching your kid how to make wise spending choices. You don’t have to use fancy examples, either. When at the grocery store, compare two items—such as apples and cookies—and ask her which one you need and which one you want. Get her to put the items that are needed into the grocery cart.

6. Be a role model
By age seven, kids have already developed money habits. But, as the book’s title states, if you have bad money habits, it doesn’t necessarily mean that your kids will as well. Exposing them to concepts little by little will make a difference, says Kobliner. For example, you can bring your kid to your bank and talk about how your money is kept safe there, or mention that sometimes there’s an extra bit of money called interest.

More:
How I saved $5,000 in a year
16 ways to start using that bag of frozen peas
Sick of winter? 10 ways to make things cozier while we wait out the cold