How she became president of Princeton University

Career advice: The single mother of two has racked up some impressive achievements, from groundbreaking discoveries in human genetics to becoming a Director at Google 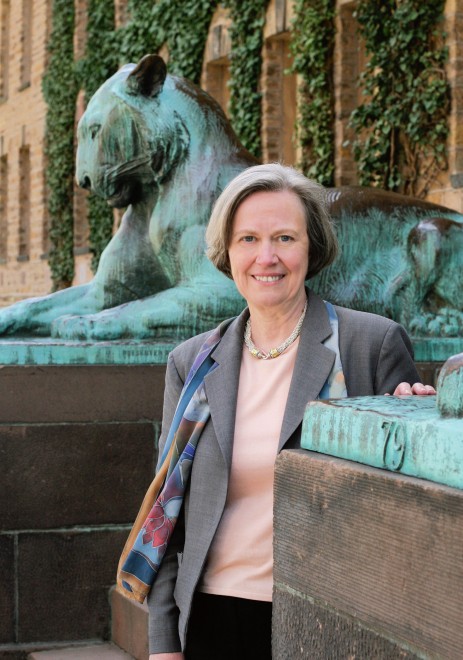 Where did you grow up?
All over Canada. My father worked for Scotiabank, and every time he got a promotion, we moved. I graduated from high school in Winnipeg.

How did you become interested in science?
When I was five years old, my father and I used to do mental math puzzles instead of reading books before bed. I loved math. And it’s true to this day; I’m addicted to any type of puzzle.

What attracted you to teaching?
My shorthand answer? It was the ’60s, we were young and idealistic and we wanted to save the world. I had spent a lot of time in chemistry labs at Queen’s University, Kingston, Ont., and I knew that once I started graduate school, I was going to be a lab rat. I had two years available to myself, so I signed up with CUSO [Canadian University Services Overseas] and was sent to Sierra Leone, where I taught chemistry, math and English.

You divorced when your children were very young. How did you manage to combine a high-powered career with being a single mother?
My husband and I divorced when my daughter, Rebecca, was two and a half and my son, Alexander, was six months old. I think a number of things are important when you’re trying to juggle career and motherhood. Firstly, you have to be extremely organized and disciplined with your time. Secondly, you have to resist the temptation to feel guilty all the time. It’s a chronic state for many mothers who work. I think I was able to persuade myself that I would have been a terrible mother if I had stayed home, so there was no point in yearning for it. But I made sure that when I was home, I was 100 percent at home, and when I was at work, I was 100 percent at work.

You were on the team that cloned the first mammalian gene. What was that like?
I won a post-doctoral fellowship to the National Institutes of Health in Washington. I was so excited; it was an opportunity to work with Philip Leder, one of the best scientists in the world. I basically talked my way into his lab. What any good scientist is looking for is the opportunity to ask questions that really matter, that will tell you something about the natural world that is unexplained. In Washington, we discovered a gene was organized completely differently from the way we thought. It revolutionized the field of genetics, and the technology led to the mapping of the human genome.

As president of Princeton, you have moved from boss to figurehead. Do you remember the first time you were someone’s boss? Was that a good experience?
I never thought of myself as a boss. In a lab, the vast majority of people are trainees of one kind, or even post-doctoral fellows, so I felt much more like a teacher. The most successful scientists are very good at creating camaraderie and working well together, being excited. Philip Leder taught me that.

Has your leadership style evolved over time?
When I became president, it was clear that many of the approaches I used in the lab were still applicable; human nature is human nature. I had to learn more conventional management skills, do performance reviews and occasionally really help someone who was not doing well, but in a more formal way than I would have done in the lab. I believe in identifying strong candidates, delegating and giving them the space to work. That and setting an example.

How do you hire people? What do you look for?
I look for obvious things — intelligence, ability to get along with others, willingness to listen — but at the end of the day, I’ve found I rely on instinct. I’ve tried to understand why your gut tends to be so powerful, and what I’ve realized is you have to enjoy working with people every day. If you’re not looking forward to seeing someone, it’s not going to go well.

You are very involved in promoting careers in science, especially for women. How do you sell the idea of going into the sciences?
Start with big ideas. No one outside of science ever got excited by Newton’s apple, but if you can talk to an 18-year-old and say, “Do you realize we understand only 5 percent of what the universe is made of, that we’re living in a world we don’t understand?” they get excited. I’m teaching a freshman seminar now, and my approach is not to teach them the minutiae of science but to have them go, “Wow, that’s so interesting!”

You are the second Canadian president in a row of arguably America’s most prestigious university. Why do you think Canadians thrive at Princeton?
People remark on it all the time as some type of conspiracy, but it’s a wild coincidence. The Canadian ethos completely informs me and has a profound impact on how I lead and have pursued my life and raised children. One of the most fascinating things for an expat in the U.S., and particularly for Canadians, is to try to understand the relatively profound differences between our psyches. In Canada, the rights of the group trump the rights of the individual. I have a respect for the rights of the group.

What are you hoping to change and achieve while you’re president of Princeton?
To enhance the place of the creative and performing arts at the university. Princeton is a very academically and intellectually focused university, and it hasn’t given the doing of art the same status that the study of art has always received. Also, we’ve just created a new centre in the engineering school for research into energy and environmental issues. And we have a brand-new neuroscience institute under way. Just as molecular biology and physics were the great sciences of the 20th century, the 21st century will be about neuroscience. We’re just beginning to understand the wiring of the brain.

A throwaway line on your resumé is that you’re a director of Google. How did you get involved?
It was easy! Eric Schmidt, the chairman of the board and chief executive officer of Google, is a Princeton graduate in electrical engineering. Shortly after I became president, I got to know Eric. He was looking for people with a scientific background, a broad perspective and an insight into the young generation, so he asked if I’d join the board. It’s been a spectacular assignment. What I don’t think anyone knew at the time was how quickly it would grow, and how influential it would become.

How do you unwind?
Well, I think my greatest pleasure is being with my children. I never would have guessed how wonderful it is to have adult children. My daughter is an art historian who works at the Metropolitan Museum of Art in New York, and my son is a sound engineer — neither followed me into science. As they say, you’re only as happy as your least happy child.

What’s the best career advice you’ve ever been given?
I had a fantastic chemistry professor whom I’d gotten to know very well. Queen’s is wonderful that way. He said, “Shirley, you’re never going to make a good chemist, it’s not in your blood, but you have the capacity for science.” It was the kindest possible thing, truly honest advice.

What advice would you give?
Find what you love. You are what you do every day. If you don’t enjoy it, a significant percentage of your life won’t give you pleasure.