Bargains are hard to find when it comes to keeping your pet bright-eyed and bushy-tailed. But our guide will help you pay for those veterinary costs, without neutering your wallet 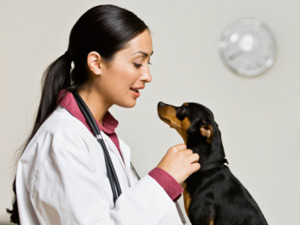 They called him their perfect son. It mattered little that Ben was a 115-pound black Labrador Retriever – he was as much a part of Kim Rogerson and Michael Morrow’s family as their two-legged offspring. That’s why they didn’t hesitate to fork out $1,200 for emergency surgery when he had a life-threatening stomach illness at age eight. Then, when he had several benign lumps removed, another $1,000. Soon after, he began having breathing trouble and went though a battery of tests. When Ben died of thyroid cancer at age 11, the Montreal couple estimated they’d spent $3,700 on veterinary bills in his last two years.

Rogerson and Morrow aren’t alone in their dog devotion: According to a 2004 survey of U.S. and Canadian pet owners, 58 percent said they see their veterinarian more often than their family doctor. But as much as we love our pets, vet treatments can put major dents in our wallets, with one in five pet owners spending a grand or more on vet bills in the past year. Don’t assume you’re getting ripped off, though. “Veterinary costs have to stay very competitive,” says Ian Sandler, a Toronto veterinarian. “Dollar for dollar, what’s being provided in your vet’s office is a bargain compared to the cost of human health care.”

It is possible to keep your pet healthy without taking out a second mortgage. One key to reducing your vet bills is your choice of animal doctor and the location of his or her practice. Sandler estimates that 70 to 75 percent of his revenues go toward overhead costs – real estate, equipment and staff. “The cost of running a practice is extremely high,” he says. That means prices can vary depending on whether your vet’s office is in downtown Vancouver or suburban Sudbury and whether there’s competition in the area. Consider shopping around for a good vet outside your immediate neighbourhood – but not so far that you can’t get there quickly in an emergency.

A little planning can also help you breathe easier if you do have to rush Rover to the clinic. Medical emergencies can cost thousands, and most vets require payment immediately, but pet insurance can cover up to 80 percent of your bill. Comprehensive plans typically start at about $19 a month for a cat and $34 for a dog. “Insured pets get better and faster treatment,” says Randy Valpy, president of Petsecure, Canada’s largest pet insurance company. “If the owner pays the bill, vets have to get them to approve every test and treatment, but if the insurance company is paying, vets can do what they need to without worrying about the cost.”

The caveats? Pre-existing conditions aren’t covered, basic plans won’t pay for routine exams, your annual deductible can rise as your pet ages and certain breeds require higher premiums. If you’re leery, set up a savings account and deposit an amount equivalent to the premium each month. If Sylvester’s lucky enough to live a long, healthy life, you’ll have a nice nest egg after he goes to the great litter box in the sky.

If your pet needs to take medication long-term, you can look into buying it from your pharmacy, rather than your vet, where mark ups can be steep. But Sandler says there is a risk to this approach. “Most vets will offer you a safety net; if the prescription isn’t working, they can credit back the unused medication. That often isn’t the case if you go through a third party.”

Don’t wait until they whimper: Taking your pets for a check-up at least once a year can save you grief and expense. “Animals tend to hide disease until it becomes severe,” says Fredericton veterinarian Jim Berry. “By then, it’s much harder to deal with. A routine examination can pick up a lot of problems in the early stages.” Spaying and neutering are also a must. “It not only curbs pet overpopulation, but prevents a range of behavioural and medical problems, including injuries from fighting and roaming, as well as reproductive cancers,” says Shelagh MacDonald, program director of the Canadian Federation of Humane Societies.

When it comes to food, sometimes you have to spend money to save money. Shelling out more for high-quality, less fattening brands can pay off at the vet’s later on, especially if you don’t let Sparky become a Sumo wrestler. “Overweight animals are more prone to cancer, diabetes, and heart disease,” Berry says. But buying pricey organic brands may not be worth it, according to Sandler. “There’s not much regulation within the pet food industry,” he says. “Paying more for a supposedly organic diet isn’t always healthier.” A safer bet is to read the label. Good food should contain a protein, such as whole meat, as the first ingredient, rather than fillers such as corn. Avoid foods containing meat by-products – we’re pretty sure you don’t want your pet dining lungs, spleens, stomachs and blood.

A bit of daily grooming will make a big difference, as well: Regular brushing and nail-trimming can help you become more familiar with your pet’s body. “You’ll pick up on problems by yourself and avoid major ones down the road,” says Berry. And brush those teeth every day – meat-flavoured toothpaste can help smooth relations. It’s essential because, according to the Canadian Veterinary Medical Association, 85 percent of dogs and cats show signs of gum disease by age four; gingivitis can result in surgery and even lead to kidney, liver and heart disease.

Be good to your pet, but make sure you’re good to your vet, as well. They appreciate your loyalty and will offer you breaks when things get tough. “With a long-time client, we won’t hesitate to work out a payment plan if they need it,” says Berry. Ask if they’ll offer you discounts for multiple pets. But most of all, keep in mind that vets are a highly educated and devoted bunch and that owning a pet is never cheap. A little understanding goes a long way.

As for Rogerson and Morrow, Ben’s troubles didn’t stop them from getting another Lab, Beau. He’s happy and healthy at five years old, though their cat, Cosmo, recently needed $1,000 worth of treatment after a scrap with another feline. Still, Rogerson says that the benefits of their furry companions are worth more to them than money. “We’d do it again in a heartbeat.”