Isabelle Mercier knows when to hold ’em — the former lawyer is the top-earning Canadian female poker player, with wins of over $1 million 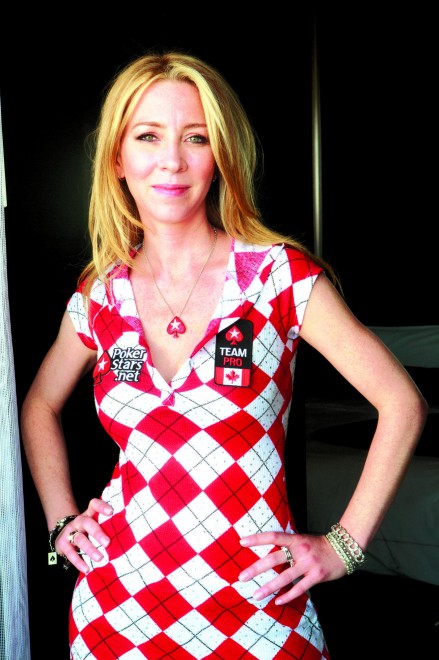 How does one end up becoming a professional poker player?
I started playing when I was about five. Every weekend, my uncles would come over and we’d order in food and play. When I turned 18, there weren’t really professional players. Instead, I became a lawyer. Eight years ago poker exploded — it was on TV — and I decided to give it a try.

Once you decided to go pro, what did you have to do?
I sold all my belongings to fund my bankroll. I didn’t have a car or a home. I lived in hotel rooms for five years and travelled the world to play. I live in Monaco now and travel at least once a month.

What does it take to be a good player?
You have to be disciplined, patient, intuitive, aggressive, logical. You have to be able to read and manipulate people. But the key is confidence. If you can feel confident, you can actually win without really knowing everything. And that applies to everything in life, really.

Proudest career moment?
I won €250,000 in the Ante Up for Africa charity tournament in Monaco, which I gave to relief efforts in Darfur.

What do you love about your job?
The freedom. I don’t have to wake up to an alarm from Monday to Friday and work a nine-to-five day.

What’s a typical day like?
If I’m not playing a tournament, I wake around 7 a.m. and meditate. My brain works really well in the morning, so I will work for four or five hours on my film script, autobiography and a new clothing line. Then I’ll do some sport or yoga. I have dinner early with friends and afterwards play online poker for three or four hours.

How do poker players earn their money?
Your regular income comes from online or cash games and sponsorships. Tournaments are not reliable because they’re hard to win. You really don’t know what your salary is going to be; it could be $10 million or minus $200,000. If you’re someone who cares about security, poker is not for you.

Best piece of advice?
Two things from two of the greatest players: Whenever you win, win as much as you can; keep playing. It doesn’t matter if you’re tired. But whenever you lose, lose as little as you can and leave right away. The other is just play one hand at a time the best you can. And that means if you just lost a hand, even if you were 98 percent favoured to win, it’s over, it’s in the past. It’s like life advice: Live in the moment.