Use a stiletto network to get ahead in your career

Forget breaking into the boys' club, these brazen babes are changing the face of business — one stiletto-wearing foot at a time. 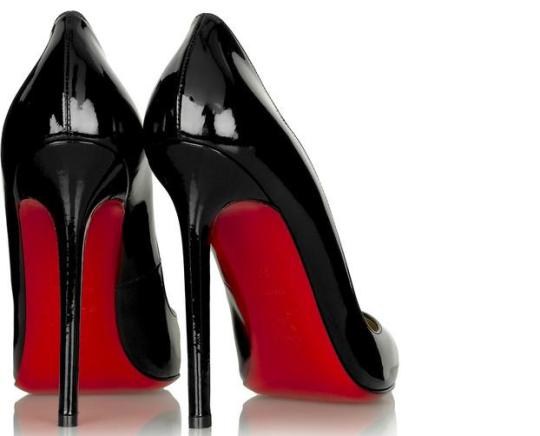 Pamela Ryckman was probably an unlikely candidate for an internship at a fast-paced New York newspaper: at 31-years-old she was an older applicant with an undergraduate degree in comparative literature, a background in investment banking — and she was pregnant with her second child. How did she get the position that would ultimately lead her to career success? Through a stiletto network.

The term ‘stiletto network’ was created by Ryckman when she noticed a growing trend among top female executives and media moguls. From Barbara Walters to the late Nora Ephron, women in leadership positions were helping — and mentoring — other women, and unknowingly creating a movement. In her book, Stiletto Network, released last month, Ryckman gives an in-depth look at these power circles of stylish, stiletto-wearing women who are changing the face of business. She spoke with Chatelaine about boys’ clubs, female competition in the workplace, and how to start your own band of brazen babes.

Q: In your book, you said that you worked for male editors, but it was always women who helped you get through the door. Why do you think that is?

A: [At the time], I had one baby at home and I was pregnant with another one, and for whatever reason [women] understood that even though I was an untraditional candidate, I was still a viable one. I had met this editor at the New York Sun for coffee, and when she lost a staff member, she gave me a call and asked if I would be willing to come into the office to intern for them, and in exchange she would introduce me to other editors. And she really helped in return — in a massive way.

I think, historically, women are accustomed to on-ramping and off-ramping; Mothers, sisters and friends grapple with these same issues. [This editor] didn’t see it as a disqualifying factor and I think it’s because she understood it in an intimate way.

Q: There’s a stereotype that women need to have a cut-throat Devil Wears Prada mentality to get ahead. Is that still true?

A: I think we’re moving away from that. When I was doing my research I tried to figure out why women got this bad rap as backstabbers, ball-busting bitches. If you look at the way that women behave in other areas of life, we’re highly collaborative: girl scouts, carpooling, the PTAs. I’ll pick up your kid Monday, if you pick up my kid on Thursday. We work together. So I was trying to figure out why this wasn’t the case in the business world. What I found was that most corporate systems were set up by men to work for men, and they operated perfectly well within those systems. But when there’s only room for one token woman — and you find that in minority groups as well —it becomes incredibly competitive within. You can’t share information or resources with the woman in the office next to you, if inevitably one of you is going to get pushed down. You’re not going to mentor that younger woman if she’s going to immediately knock you off your perch.

But I think we’ve evolved in the corporate world to a place where many more women can succeed and not feel threatened by other women, and at the same point in history, we’re seeing more women starting their own businesses than ever before. And what you find with women [entrepreneurs] is that they tend to hire more women, promote them more quickly, and pay them more. And we’re seeing that women are bringing those collaborative skills and applying them into the business world.

Q: What advice can you give women who are shy or introverted, and hate networking?

A: You imagine walking into a room full of 100 people and wearing a “Hello my name is” name tag. I find that totally painful! But [stiletto networks] come about organically. Say, you and I are friends. We work hard, and at nights we go home to take care of our families — wouldn’t it be great to know more women like us? So we have a dinner and each of us brings somebody the other doesn’t know. And then we all go out and get to know each other on all levels — from our families to our dreams and our fears. We realize we can learn from each other and help each other. Then we organize another dinner and each one of us brings one person the other doesn’t know. This is reinventing networking because what we’re really doing is building a very close-knit board of advisors with a group of people you are predisposed to like because each one of them has the backing of another woman there. It’s about loyalty and friendship.

Q: Women sometimes have trouble reaching out to ask for help because they don’t want to impose. What advice can you give to overcome that?

A: I have that problem, and I’ve heard it time and time again from so many women. [With stiletto networks] it’s not like making a cold call. You may be asking for help today, but tomorrow you know you’ll be giving it — and in some ways it absolves you from the guilt you might feel about cold calling somebody, or not being able to repay the favour. These groups form and stick together for long periods of time. You know you’ll be able to extend yourself on behalf of that other person somewhere down the road.

Q: What is the best advice you ever got from someone in your stiletto network?

A: A couple weeks ago, I got some hilarious advice from a woman who’s at the top of the advertising field. I was talking in a very excited way about a new opportunity, but I’m nervous because I’ve never done it. She said: go with your gut and hire a good lawyer. Essentially she was telling me to take the big leap and do the thing I’m afraid to do, but make sure somebody is watching my back. It’s one that’s top of mind because it really hit home.

For tips on starting your own stiletto network, visit PamelaRyckman.com. 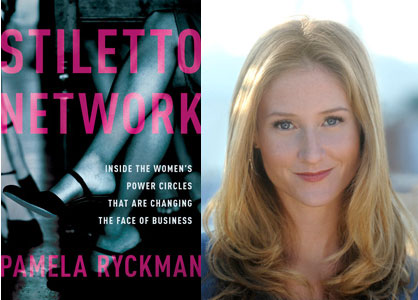